Researchers used to need to scuba dive to find out which fish live in any given area of the ocean. Now, a new UCLA study has found that environmental DNA, or eDNA, can be used to identify marine organisms living in a certain space.

Environmental DNA is the term for the DNA from cells that are constantly released by organisms into their environments — much like the hair and skin people normally shed in the shower. In the past decade eDNA technology has advanced rapidly, making it a competitive tool for assessing ecosystem biodiversity.

The findings, which were published in PLOS One, could have major implications for monitoring of marine protected areas, sections of ocean where fishing and other activities are prohibited to conserve marine life and habitat.

In 2012, California established 124 marine protected areas covering about 16% of state waters. Regular monitoring of those areas is critical for understanding if marine life is being protected successfully, said UCLA ecologist Paul Barber, the study’s senior author. Before eDNA, the only way to tell if marine protected areas were working was for scuba divers to count and identify every fish they saw, a method known as visual surveying.

“These surveys typically require experienced divers with specific training to spend hours and hours underwater,” said Barber, a member of the UCLA Institute of the Environment and Sustainability. “Now we can simply lower a bottle into the ocean from the side of a boat.”

The researchers compared which species were detected using eDNA and which were counted using visual surveying during summer 2017 at three sites inside and outside of the State Marine Reserve near Santa Cruz Island. Using eDNA, they identified nearly all of the same species as the visual surveys.

The only fish that did not show up using the technique were five species of rockfish — an issue the researchers said could be easily fixed by tweaking the genetic test to recognize that specific DNA when it appears in water samples. 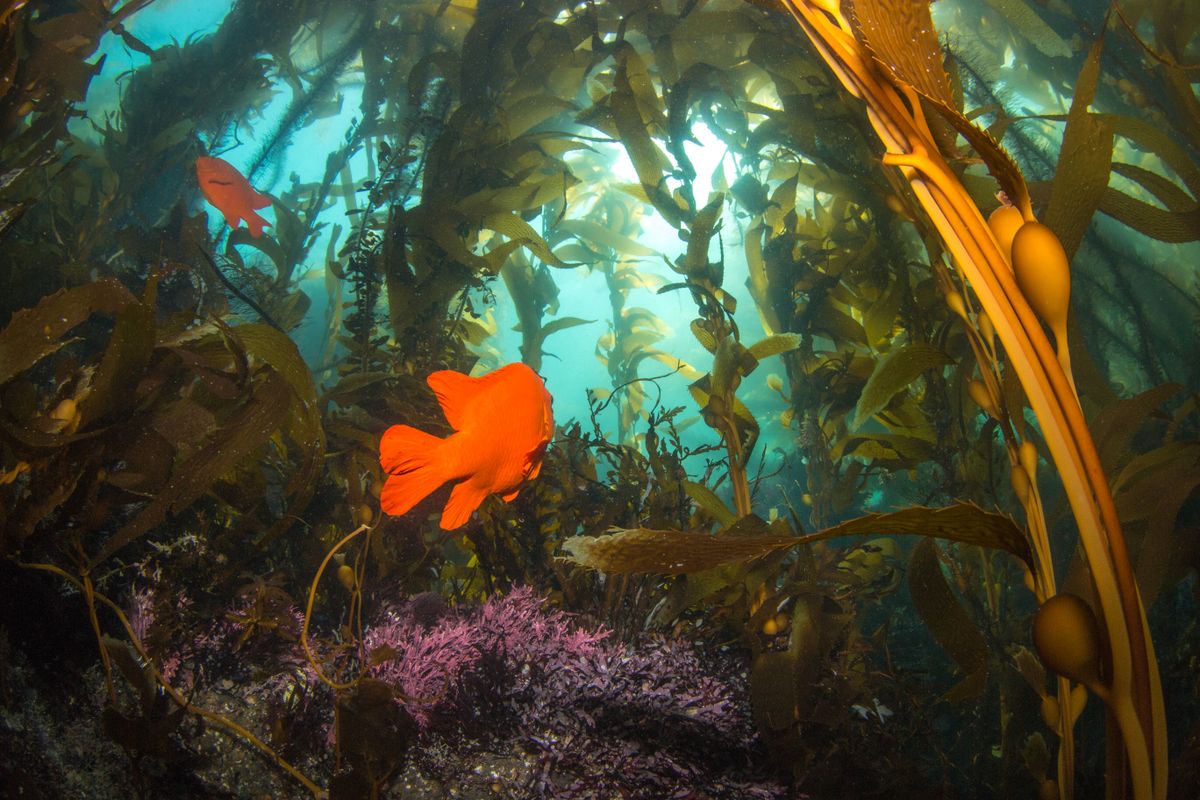 The eDNA also revealed an additional 30 species that had been seen in the same areas in previous years but that were not spotted during the 2017 visual surveys.

“We demonstrated that that we can use eDNA as a tool to monitor these ecosystems,” said Zachary Gold, the study’s lead author, a former UCLA doctoral student who is now a researcher at the University of Washington and National Oceanic and Atmospheric Administration. “This is an opportunity going forward to expand the scope and scale of monitoring marine protected areas.”

Wider use of eDNA could help scientists overcome some of the challenges of visual surveying as a technique for monitoring marine species. For one, the new method could be far less expensive than the current one: Each eDNA sample costs around $50, while the National Park Service spends hundreds of thousands of dollars per year to survey 33 sites in the Channel Islands.

And in part because of those costs, visual surveys are conducted only once a year, which means seasonal variations in fish species have rarely been studied.

Another current challenge is that visual surveying is only performed in waters up to 10 meters (about 33 feet) deep, which means the technique cannot be used in more than 99% of California’s marine protected areas.

To analyze eDNA, researchers run the water they collect through a filter that captures the cells and DNA of marine organisms. Those filters are frozen on the boat and taken to a lab, where researchers extract DNA from the cells, sequence it and identify which species the DNA belongs to using a reference database.

For the PLOS One study, Gold used a reference database called the Anacapa Toolkit, which was developed previously by UCLA scientists.

The authors acknowledge that eDNA surveys won’t completely replace visual surveys, because the newer method can’t reveal the sex, size, abundance or behavior of the fish being studied — all of which are important elements of a complete assessment. “There will always be value to having eyes in the water,” Barber said.

But the simplicity of eDNA could create opportunities for community science — research in which nonscientist members of the public can participate. For example, Gold set up a program with the Los Angeles-based nonprofit Heal the Bay that teaches volunteers how to collect water samples. The combination of eDNA tools and a wider network of people collecting samples could dramatically improve the monitoring of marine ecosystems.