Why do our oceans contain such a staggering diversity of fish of so many different sizes, shapes and colors? A UCLA-led team of biologists reports that the answer dates back 66 million years, when a six-mile-wide asteroid crashed to Earth, wiping out the dinosaurs and approximately 75 percent of the world’s animal and plant species.

Slightly more than half of today’s fish are “marine fish,” meaning they live in oceans. And most marine fish, including tuna, halibut, grouper, sea horses and mahi-mahi, belong to an extraordinarily diverse group called acanthomorphs. (The study did not analyze the large numbers of other fish that live in lakes, rivers, streams, ponds and tropical rainforests.)

The aftermath of the asteroid crash created an enormous evolutionary void, providing an opportunity for the marine fish that survived it to greatly diversify. 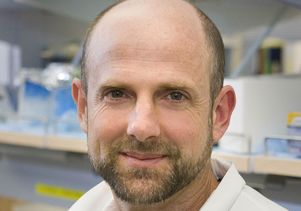 “Today’s rich biodiversity among marine fish shows the fingerprints of the mass extinction at the end of the Cretaceous period,” said Michael Alfaro, a professor of ecology and evolutionary biology in the UCLA College and lead author of the study.

To analyze those fingerprints, the “evolutionary detectives” employed a new genomics research technique developed by one of the authors. Their work is published in the journal Nature Ecology and Evolution.

When they studied the timing of the acanthomorphs’ diversification, Alfaro and his colleagues discovered an intriguing pattern: Although there were many other surviving lineages of acanthomorphs, the six most species-rich groups of acanthomorphs today all showed evidence of substantial evolutionary change and proliferation around the time of the mass extinction. Those six groups have gone on to produce almost all of the marine fish diversity that we see today, Alfaro said.

He added that it’s unclear why the other acanthomorph lineages failed to diversify as much after the mass extinction.

“The mass extinction, we argue, provided an evolutionary opportunity for a select few of the surviving acanthomorphs to greatly diversify, and it left a large imprint on the biodiversity of marine fishes today,” Alfaro said. “It’s like there was a lottery 66 million years ago, and these six major acanthomorph groups were the winners.”

The findings also closely match fossil evidence of acanthomorphs’ evolution, which also shows a sharp rise in their anatomical diversity after the extinction.

► In previous research, Alfaro’s team reported that fish are among evolution’s “winners”

The genomic technique used in the study, called sequence capture of DNA ultra-conserved elements, was developed at UCLA by Brant Faircloth, who is now an assistant professor of biological sciences at Louisiana State University. Where previous methods used just 10 to 20 genes to create an evolutionary history, Faircloth’s approach creates a more complete and accurate picture by using more than 1,000 genetic markers. (The markers include genes and other DNA components, such as parts of the DNA that turn proteins on or off, and cellular components that play a role in regulating genes.)

The researchers also extracted DNA from 118 species of marine fish and conducted a computational analysis to determine the relationships among them. Among their findings: It’s not possible to tell which species are genetically related simply by looking at them. Seahorses, for example, look nothing like goatfish, but the two species are evolutionary cousins — a finding that surprised the scientists.

“We demonstrate this approach works, and that it sheds new light on evolutionary history for the most species-rich group of marine vertebrates,” Alfaro said.

The study’s co-authors, in addition to Faircloth, include David Černý, a UCLA undergraduate; Laurie Sorenson, a former UCLA graduate student; Christine Thacker, a curator at the Los Angeles County Natural History Museum; Matt Friedman, a fish paleontologist at the University of Michigan; and Thomas Near, associate professor of ecology and evolutionary biology at Yale University.

The research was funded by the National Science Foundation.