UCLA has received a gift of $1 million from Jill and Timothy Harmon to create an endowment for the Bruin Guardian Scholars Program. The Harmons are former foster parents and longtime advocates for young people in the foster care system.

Bruin Guardian Scholars provides financial assistance, mentoring, and social and other support for UCLA students who are or were in foster care.

The endowment will provide funding that will support the program in perpetuity, starting with a salary for a full-time social worker. Through previous gifts beginning in 2017, the Harmons provided some of the initial funding for the social worker position, ensuring that students in the program had someone to turn to for college and career advice, tips on accessing financial and community resources, and a listening ear — critical assets for young people aging out of the foster care system.

Several studies have documented that there is an educational gap between foster youth and their peers. For example, foster youth are more likely than other students to drop out of college after one year, and only 3% to 5% earn a bachelor’s degree, compared to approximately 31% of the general population.

Foster students face additional challenges to learning — needing to work more hours than other students in order to cover tuition costs, for example, or having to find housing during school holidays. The COVID-19 pandemic has only exacerbated those hardships, which is why UCLA has made it a key priority to raise philanthropic support for students, particularly for current and former foster youth. 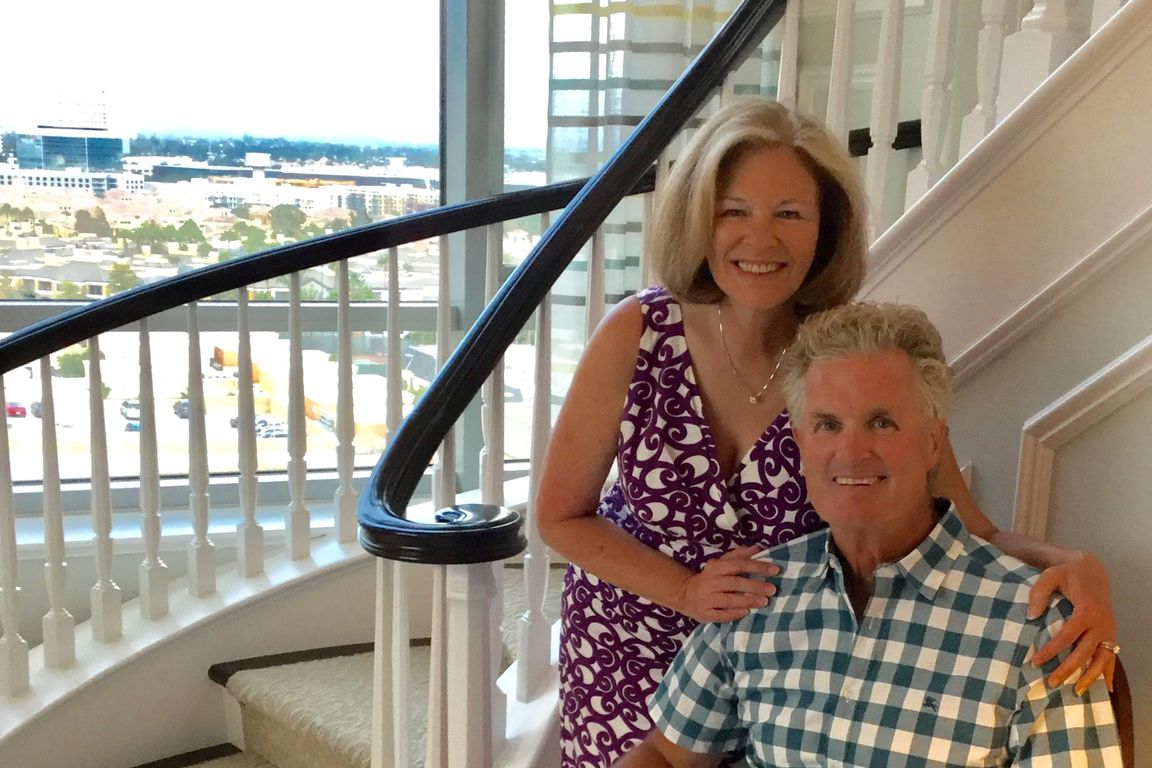 Courtesy of the Harmon family
Jill and Tim Harmon

Since launching with eight students in the 2008–09 academic year, the Bruin Guardian Scholars Program has helped UCLA narrow the educational gap for current and former foster youth. It now serves more than 200 students — more than half of the nearly 350 who identify as former foster youth at UCLA.

“When most people recall their college experience, they had family to turn to for guidance, but these students don’t have family to be a sounding board or to share their frustrations,” said Jill Harmon. “We recognized that as the Bruin Guardian Scholars Program grew, there was a tremendous need for that mentor–counselor role at this level, especially to help more of these students graduate from college.”

The Harmons have fostered infants and toddlers through the Emergency Shelter Program in Orange County, California. They began supporting the Bruin Guardian Scholars Program in 2010, when their daughter was a UCLA undergraduate and they were members of the UCLA Parents’ Council. The two have supported several of the program’s initiatives, including distributing UCLA apparel, hosting Thanksgiving dinners, facilitating holiday gift giving and final exams care packages, and sustaining UCLA’s Food Closet. They also played a key role in launching the program’s holiday housing initiative, which opens the campus’s residence halls to former foster students who need housing during extended breaks.

Beyond UCLA, the Harmons have established a Guardian Scholars Fund to provide emergency financial aid to foster students at the State University of New York at Buffalo, which is Tim Harmon’s alma mater. He retired in 2005 as president of Pacific Sunwear.

To support Bruin Guardian Scholars, visit Give To UCLA.