A 5-year-old child will probably die first. Then a nonpregnant woman, followed by a grown man and finally a pregnant woman. This macabre list isn’t some analysis of horror films — it’s an all-too-real ranking of how likely migrants are to perish from dehydration and exposure as they traverse the most unforgiving routes through the Sonoran Desert near the Mexico–Arizona border.

A new UCLA-funded study published this week in the journal Science demonstrates how Latin American migrants of various ages and physiological types experience potentially fatal heat stress. Just as importantly, it suggests that a longstanding U.S. Border Patrol policy known as Prevention Through Deterrence, designed to push migrants away from urban crossing points and into the most punishing corridors of the desert, only serves to drive the death rate higher.

“Prevention Through Deterrence has weaponized the natural environment against migrants and killed thousands of people in the process,” said Jason De León, a UCLA professor of anthropology and Chicana/o and Central American studies and an author of the paper. “This new research quantifies the effects this policy has on the human body and helps build a case that the policy knowingly puts people in harm’s way in the name of border security.”

For their analysis, the researchers — including Princeton University biologist and lead author Shane Campbell-Stanton and contributors from the University of Idaho and the University of Wisconsin — used both recorded and predictive climate data for the months of May through September from the Border Patrol’s Tucson Sector, an area that runs roughly 260 miles along the border. The summer months in this region historically see the highest number of migrant deaths. They also used recorded deaths from the Arizona OpenGIS Initiative for Deceased Migrants database as part of their modeling.

Then, combining those datasets with existing data on how the human body reacts to water loss and exposure to the elements, they predicted how vulnerable their four physiological examples — a child, a nonpregnant woman, a man and a pregnant woman of Latin American descent — would be to dehydration under these climate conditions in a variety of circumstances. They examined the different paths migrants might take through the desert, some “random” and some identified as “least-cost” routes, which would be less taxing on the body. They also compared the impact of daytime and nighttime foot travel.

The chance of fatal dehydration, the researchers found, was highest overall along those random routes between Nogales, Mexico, and Three Points, Arizona, that migrants typically take to avoid detection by U.S. authorities. What’s more, when they factored in predicted climate change over the next 30 years, they discovered that by 2050, the potential for dehydration along these paths would increase by 34.1% for an adult man, 34.1% for a nonpregnant adult woman, 33.1% for a child and 29.5% for a pregnant woman. 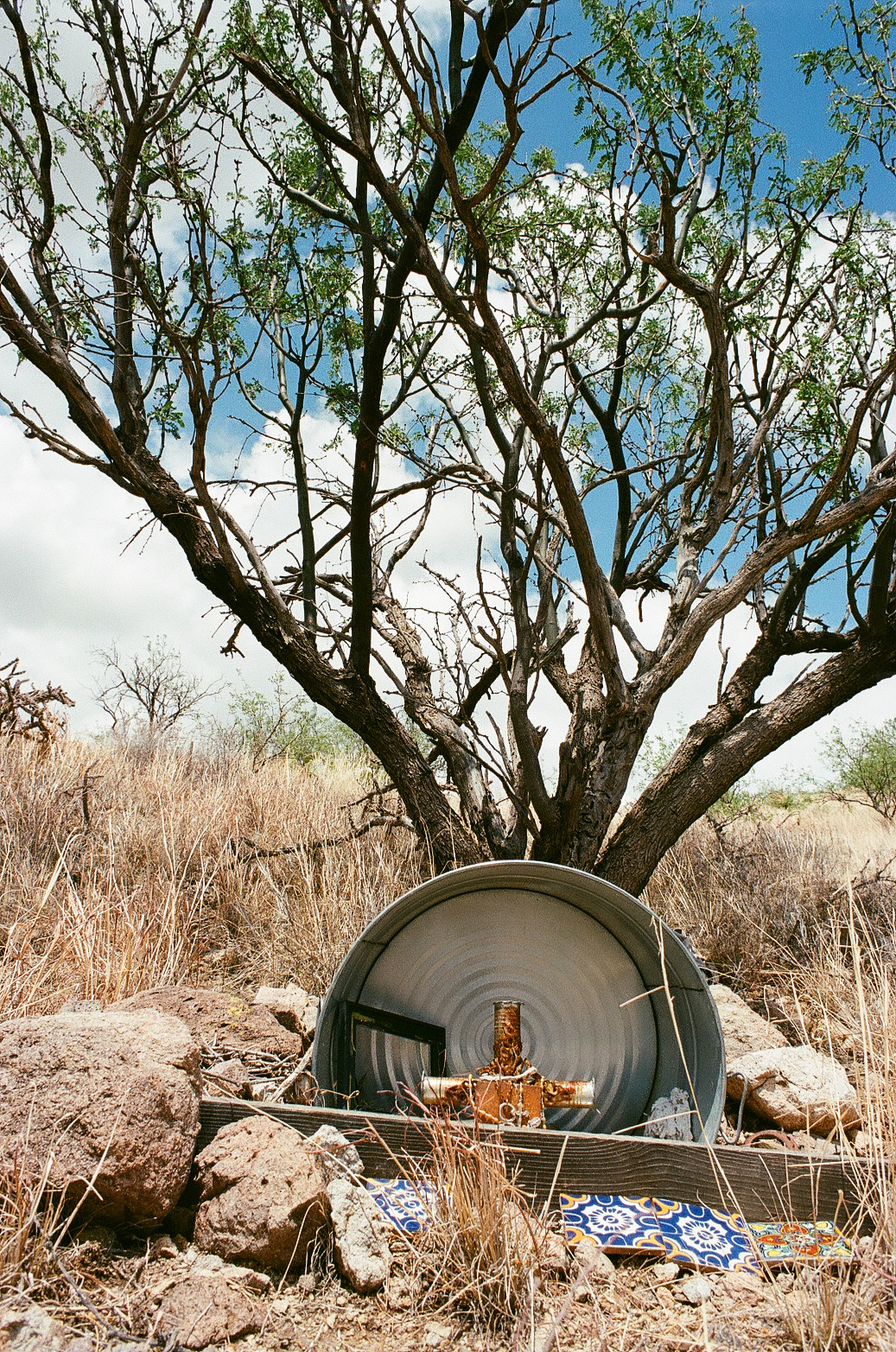 Jason De León
A memorial in the Sonora Desert marks the spot where the body of a 31-year-old female migrant was found.

In addition to data science and physical science, the study incorporates the traditional ethnographic practice of documenting cultural and individual experiences — De León’s expertise — which provides a richer sense of these Latin American migrants’ physical ordeals.

“This is the first time that Niche Mapper, a microclimate modeler, has been used to create a physiological model showing how the body experiences stress in this particular environment. It’s also possibly the first time that ethnographic data has been coupled with a physiological model,” said De León, who led the research at UCLA. “We included excerpts from interviews with migrants who survived the desert crossing to give a human, and often emotional, perspective on how extreme dehydration is experienced.”

As a researcher committed to raising awareness about migrant deaths, De León finds it crucial to use the tools of both ethnography and science to argue against what he considers to be inhumane border policies like Prevention Through Deterrence.

That policy, instituted in 1994, focuses resources, including border fencing and surveillance technologies, in urban areas with the idea that migrants will be forced to try to cross in less-monitored areas such as the vast and depopulated terrain of southern Arizona — and therefore be deterred. Yet at least 7,800 migrants died in such border crossings between 1998 and 2019, according to the study, with at least 3,800 of those deaths occurring in Arizona. The bodies of an unknowable number of others who met the same fate will likely never be recovered.

“Our data clearly and quantitatively show that people face a high risk of death from water loss when they are funneled toward the Sonoran Desert by Border Patrol policies,” De León said. “Moreover, it also makes the case that the many skeletonized remains of migrants were likely people who died of exposure.”

The study findings, while fairly straightforward, are critical when considering the ways in which migration at the U.S.–Mexico border continues to change exponentially, the researchers noted. During the past decade, for example, more families (a 3,189% increase between 2013–19), more unaccompanied minors (a 196% increase between 2013–19) and more migrants moving through Mexico from Central America, the Caribbean and Africa, have attempted the crossing. And migrants fleeing the impacts of climate change will likely only increase the numbers, making border security tactics potentially more deadly, De León said.

The researchers hope their methods for modeling heat stress can be used to understand migrations happening elsewhere, such as in the Darien Gap, a dense and dangerous jungle between Columbia and Panama that is seeing increased use by migrants trying to reach the U.S.

“These data,” De León said, “will hopefully raise awareness among other researchers that physiological models can be used to understand highly politicized and violent social processes.”

Study co-author and UCLA professor Jason De León is also involved in the global exhibition and art project “Hostile Terrain 94,” which shines a light on migrant deaths in the Sonora Desert. It is currently taking place in dozens of locations around the world, including locally at the Museum of Us in San Diego.