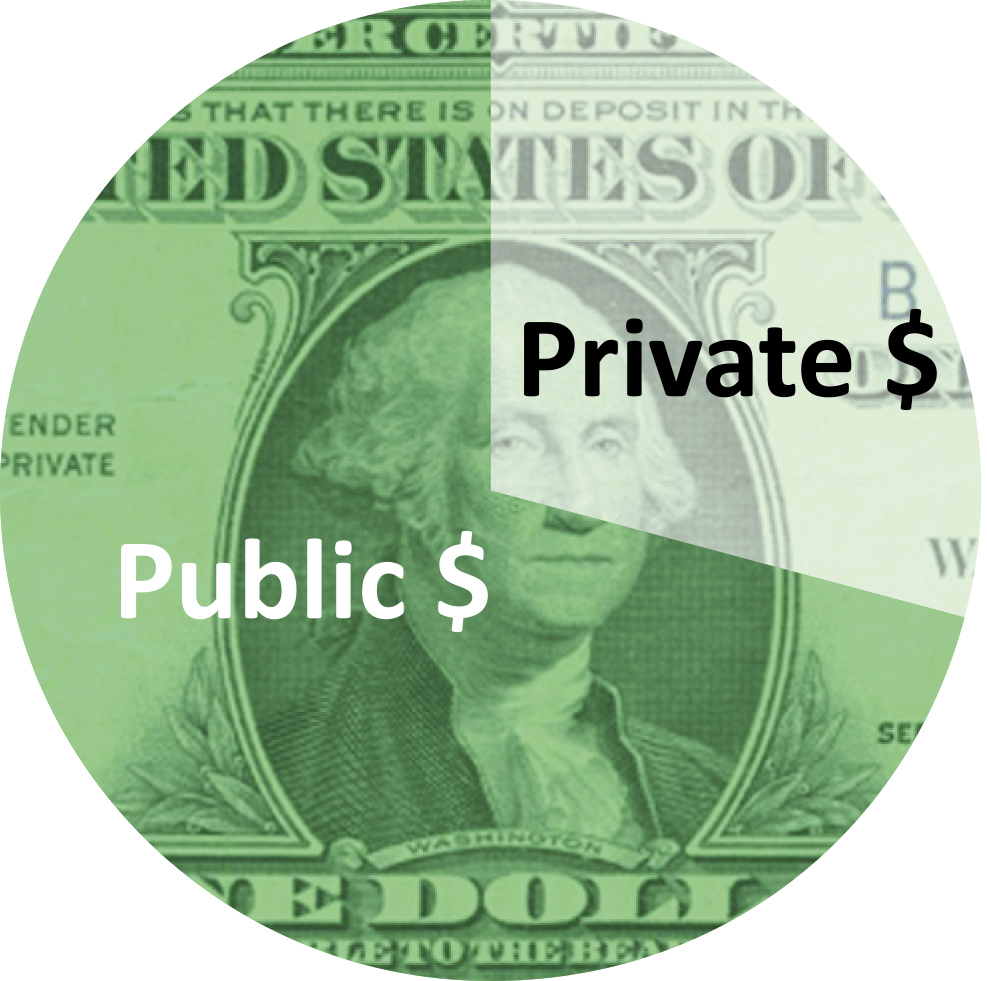 Contrary to the notion that the country’s health care is primarily a privately funded system, 71 percent of health care expenditures in California are paid for with public funds, according to a new analysis by the UCLA Center for Health Policy Research.

Nationally, federal and state taxpayer dollars directly paid for 45 percent of health care expenditures in 2015 through insurance programs such as Medicaid, Medicare and programs for low-income children, according to a 2015 estimate from the Centers for Medicaid and Medicare Services.

But that figure may be vastly underestimated, say the authors of a new UCLA policy brief, who used a more comprehensive framework to analyze public spending California. Their analysis found that if additional sources of public spending are factored in — such as county public health expenditures and new Affordable Care Act subsides — the public spending rate would be much higher. Add foregone revenue from tax subsidies for employer-based health insurance, and the share of public funds used to pay for health expenditures is approximately 71 percent, the study reports.

“The public sector is the primary player in health care spending,” said Gerald Kominski, director of the UCLA Center for Health Policy Research who led the study. “But monies are disbursed in a fragmented way through numerous different entities, each of which has their own system and way of doing things. The question for policy makers is, ‘does this fragmented approach make sense?’”

In California, public funds will pay for 71 percent ($260.9 billion) of a projected $367.5 billion spent on health care in 2016, according to the study. Medi-Cal/Healthy Families expenses take the biggest bite, 27 percent, followed by Medicare at 20 percent. Tax subsidies for employer-sponsored insurance (the foregone taxes) account for a significant 12 percent of public spending.

Given the dominance of public spending in health care, the authors noted that a single-payer system might be more feasible than previously thought.

“For a majority of Californians, a public-run system is already the reality,” said Andrea Sorensen, a graduate student at the UCLA Fielding School of Public Health, who co-authored the study. “A single-payer system could unite all these various programs and expand them to the entire population, resulting in a more streamlined and cost-effective approach to health care spending.”

The other publicly funded programs include:

The remaining 29 percent ($106.6 billion) of health care expenditures are paid out of private funds: