U.S. policies governing the detainment and treatment of undocumented migrants are expected to change significantly under President Joe Biden. But his administration is faced with a wealth of complex issues that have evolved since the 1970s.

In an interview over Zoom, Cecilia Menjívar, UCLA’s Dorothy L. Meier Social Equities Professor of Sociology, addressed how the nation’s migrant detention policies became what they are today.

Menjívar’s research focuses on the structural roots of inequality and the role of the state, largely in relation to Central American immigrants in the U.S. and gender-based violence in Central America. Among her recent publications is a chapter, co-authored with Andrea Gómez Cervantes and Daniel Alvord, in the Routledge Handbook on Immigration and Crime. The chapter examines how recently enacted laws and portrayals in the media intertwine to reinforce the image of immigrants as criminals.

Menjívar also is a member of the UCLA Center for the Study of International Migration. Some of her responses have been edited for brevity and clarity. 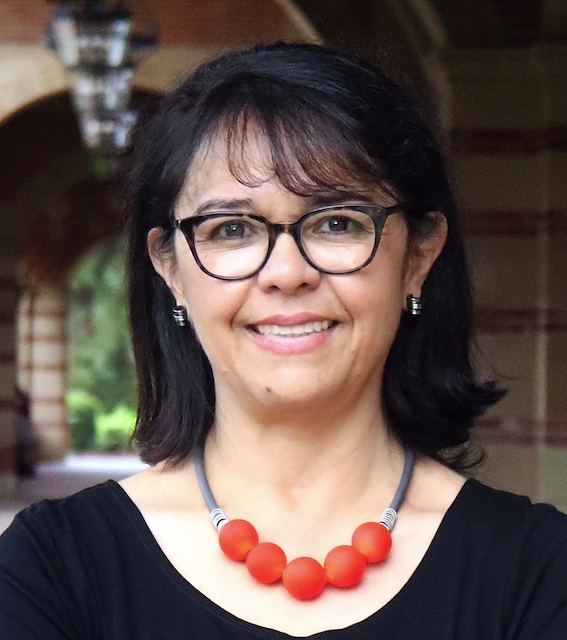 How did migrant detention become such a large-scale policy in the U.S.?

It’s a much longer history than most people understand. Migrant detention actually began under President Carter. At the time, it was specifically targeted to keep Cuban asylum seekers in one location, so it was relatively contained.

In the 1980s and early 1990s, many Central American asylum seekers, including minors fleeing the violence of civil wars, ended up in detention. Detention facilities expanded under President Clinton, after he signed the Illegal Immigration Reform and Immigrant Responsibility Act, or IIRAIRA, in 1996.

Under the Obama administration, more people were actually deported than detained, although that administration built the first family detention facilities for asylum seekers and undocumented migrants.

During the Trump administration, there was a switch: More people were placed in detention than deported, and families began to be separated at the border.

What is the justification for detaining immigrants?

What made immigrants deportable is that many offenses that are not felonies for U.S. citizens were reclassified as felonies for immigrants. The twin processes of deportation and criminalization continued to expand.

Deportations of undocumented migrants went relatively unchecked during Obama’s first term. During his second term, migrants with criminal offenses were prioritized for deportation, but this included those charged with felonies for reentering the country after being deported.

By the time Trump was elected, the legal infrastructure and the tools used to surveil and categorize immigrants as criminals were already there — his administration just had to build on them. Of course, the Trump administration amplified the legal infrastructure significantly — with people being targeted for deportation for such “crimes” as unpaid parking tickets or crossing the border to request asylum.

Detention facilities were significantly expanded under his presidency, following the same model adopted by previous administrations: contracting with private companies to handle most immigrant detentions, as well as so-called alternatives to detention programs.

Can you speak about the reported abuses of migrants and asylum seekers in U.S. detention facilities under the Trump administration?

The abuses have been very shocking. You have a combination of an extremely vulnerable population and the experience of abuse. For instance, it’s common for migrants to be detained in very cold rooms. They are given Mylar blankets, sleep on the floor and don’t receive proper food. Many detainees with medical conditions are not provided medical care, and some have died; many have had needed medications withheld.

So you have physical conditions that can make people sick, and make others even more sick than they were. Then you have the anguish created by the trauma of separating people from their families — U.S.-born children may remain home, while undocumented spouses and children are typically detained in different locations — and a lack of information about what’s going to happen to them.

The uncertainty — people not knowing when they’ll be able to leave detention — is agonizing. These immigrants have rights, but given these conditions, often they don’t know that. It’s difficult for them to establish contact with legal professionals who could help them, too. The conditions are worse than those in prison, causing many people to prefer to be deported rather than endure detention.

Among women detainees, we see a range of gender-based and sexual abuse. Although the unauthorized hysterectomies that allegedly occurred in a Georgia detention center (Spanish language) may sound like an extreme example, they are indicative of the laxity and culture of detainment facilities, as well as the lack of will to conduct oversight of these facilities.

What kind of changes would you recommend in U.S. migrant detention policies?

We need to abandon the idea that immigrants are criminals and return to a policy where people aren’t detained. At the very least, we need to scale the current system way, way back and avoid long-term, indeterminate detention.

I’d also like to see the suspension of immigrant apprehensions inside the country, which create so much anxiety and fear among undocumented immigrants, those with legal status, and U.S.-born citizens with ties to immigrants alike. Fear is making entire families sick, mentally and physically. This amplified interior enforcement is cruel.

Also, the U.S. media could improve its reporting on immigration matters. Media coverage exposes what is happening to immigrants, but if reporting fails to provide needed context and explanation — for example, when broadcasting images of people being taken into custody in handcuffs — it perpetuates images of immigrants as criminals.

Read a longer version of this interview on the Center for the Study of International Migration website.