UCLA Library has received the largest grant in its 139-year history: $13 million over eight years to digitize and make at-risk cultural heritage materials from the 20th and 21st centuries available online to the public.

The grant from Arcadia, a charitable fund of Lisbet Rausing and Peter Baldwin, renews a five-year, $5.5 million commitment that launched UCLA Library’s Modern Endangered Archives Program, known as MEAP, in 2018. At a time when cultural heritage materials are targeted and destroyed around the world, this new grant ensures that UCLA will remain a leading force for preserving global knowledge, said Ginny Steel, Norman and Armena Powell University Librarian.

Through MEAP, the library grants subawards to project teams representing cultural heritage organizations and archives outside of North America and Europe. In its first four years, the program has committed $2.8 million in subawards to 88 projects in 46 countries, supporting work to document and digitize collections that reflect the experiences and cultural expressions of diverse communities. The funded projects preserve all forms of media materials, including audio recordings, political ephemera, studio and vernacular photography, film and video, financial ledgers, newspapers and cultural productions.

“We are grateful to Arcadia for continuing to advance the library’s work to digitize and make openly accessible primary source materials that speak to the experiences of individuals around the world who have been largely left out of historical and national narratives,” Steel said.

Arcadia supports charities and scholarly institutions that preserve cultural heritage and the environment, as well as projects that promote open access. All of its awards are granted on the condition that any materials produced are made available for free online.

“The Modern Endangered Archives Program is a priority for the library for two reasons: first, the program furthers UCLA’s mission to capture and digitally preserve knowledge, and second, it expands the library’s ability to build accessible collections on a global scale with international partners,” Steel said. “I look forward to seeing these materials support research and teaching on campus and beyond.”

The Modern Endangered Archives Program currently offers two types of grants: planning grants, which fund early-stage efforts to survey and organize collections, and project grants, which focus on digitizing and publishing collections online. Upon the completion of each project, inventories, reports, digital objects and curated collections are published in an open access repository at UCLA Library. 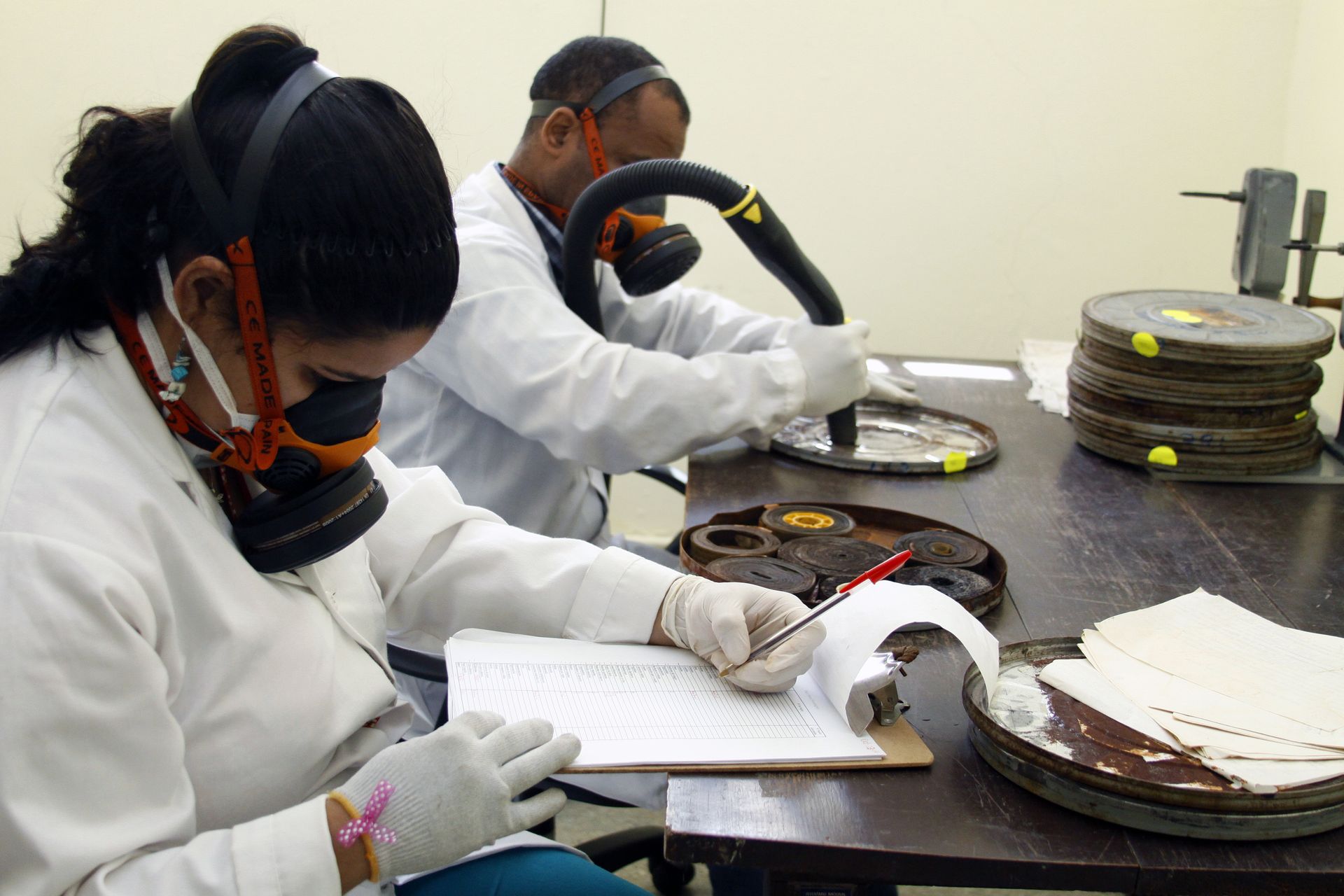 In just four years and in the shadow of a global pandemic, MEAP has already published content from 11 collections, featuring more than 12,000 objects from 11 countries, and completed inventories from five collections from three additional countries.

Completed reports from MEAP planning grants provide scholars, students and researchers around the world with details about cultural heritage documents ranging from an indigenous community that battled against development at the Biobio River in Chile to the history of the Pakistan progressive movement documented at the South Asia Resource and Research Center. The project team at the Shabistan Film Archive solicited essays from scholars that contextualize films created by the Children’s Film Society of India, a state-funded institute that created films to stimulate children’s creativity, compassion and critical thinking, and that speak to the importance of preserving these collections as a way of documenting women’s contributions to filmmaking in India.

MEAP-supported digitization efforts now provide access to a broad range of materials — many of which were previously unavailable to researchers and to the communities that they document. Recent program publications invite engagement with studio portraits taken by Mohlouoa T. Ramakatane that document the social history and visual culture of Lesotho, a land-locked nation encircled by South Africa, and cultural ephemera from Barbados in the 1960s and 70s, reflecting the social movements and nation building that followed the independence of Barbados in 1966.

The Modern Endangered Archives Program ensures that these collections are made publicly accessible and are digitally preserved while the physical materials remain in their countries of origin, stewarded by the same communities that have cared for these collections and whose histories are represented by these materials. The new $13 million extension ensures that more than 250 projects will have this opportunity through 2031.

“Empowering project teams to set their own preservation priorities on the ground and to describe their own cultural heritage is central to the work of MEAP,” said Rachel Deblinger, program director. “Providing public access to both the digitized collections and any reports or inventories of materials ensures that the cultural memory and voices of communities around the world are both safeguarded and accessible. As MEAP grows, these collections can help shift research narratives and global discourse.”

The Modern Endangered Archives Program solicits applications from around the globe with the goal of supporting archives and collections most at risk from environmental conditions, political uncertainty, inadequate storage, climate change and social strife. Applications are reviewed by a panel of international scholars, including faculty from UCLA, UC Davis and UC San Diego, who see MEAP as a way to generate and advocate for more expansive research and teaching materials for their fields and beyond. The panel prioritizes projects that document and give voice to social movements, indigenous experiences, and threatened communities around the world.

The new grant will also expand the program’s ability to preserve global knowledge by establishing a third grant type: regional grants. These $100,000 awards will invite local host institutions to create robust digitization hubs that allow smaller archives and organizations to digitize and make accessible their collections. Regional grants will amplify the impact of the Modern Endangered Archives Program by engaging smaller, volunteer-led organizations and privately held collections to participate in digitization as a form of preservation.

“We are pleased to expand our support for the Modern Endangered Archives Program,” said Rausing and Baldwin, co-founders of Arcadia, which since 2002 has awarded more than $1 billion to projects around the world. “UCLA Library is an excellent host for the program and has a deep commitment to open access, which is at the heart of Arcadia’s mission. We are delighted by the culturally significant material that the program has helped to record, and we are excited to see what new collections will be uncovered and documented in the coming years.”

The latest projects will preserve archival material across a range of subjects, including human rights and ecological activism in Latin America, African photography, the history of film, and the lived experience of minority communities across the globe. The new cohort also will expand the program’s scope by documenting and preserving collections that highlight architectural history and the record of built environments, global political movements, and socio-environmental change.