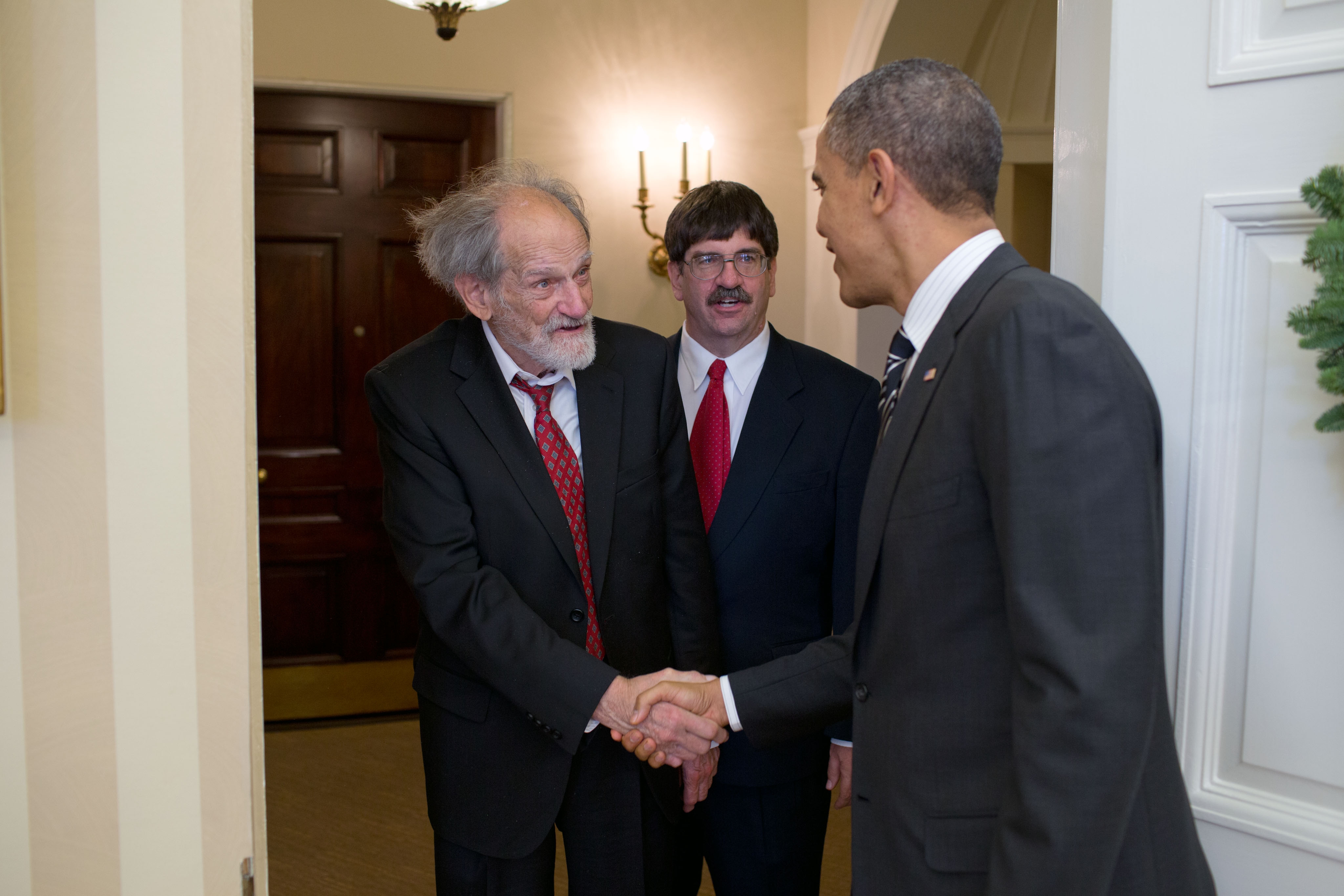 Lloyd Shapley, a UCLA emeritus professor of economics and mathematics and co-winner of the 2012 Nobel Memorial Prize in Economic Sciences, died on March 12. He was 92 years old.

“Professor Shapley was one of the giants of game theory,” said UCLA Chancellor Gene Block. “His work in market design laid the foundation for advances in the matching of kidney donors with transplant recipients, in college admissions procedures, and in assignment of children to public schools. The entire UCLA community joins Professor Shapley’s family in mourning his passing.”

In their 1962 paper, “College admissions and the stability of marriage,” Shapley and mathematician/economist David Gale demonstrated how to match members of two groups — for example, men and women in a “marriage market” — in a way that is stable.

Born in Cambridge, Mass., on June 2, 1923, Shapley was one of five children of Harlow Shapley, a renowned Harvard University astronomer. Lloyd Shapley was studying mathematics at Harvard when World War II broke out. He won a Bronze Star while serving in the Army Air Corps for breaking a Soviet weather code. After the war, he earned degrees at Harvard and Princeton University.

A chapter of “A Beautiful Mind,” by Sylvia Nasar, biographer of mathematician and Nobel laureate John Nash, who suffered from schizophrenia, is devoted to Shapley, who served as Nash’s mentor and friend. They met as students at Princeton. In fact, Shapley was credited with coming up with the book’s title when he said that Nash had “a keen, beautiful, logical mind.”

After receiving his Ph.D., Shapley worked as a research mathematician at the RAND Corporation in Santa Monica. UCLA mathematics professor Tom Ferguson met Shapley in the early 1960s through their mutual interest in Kriegsspiel, a variation of chess where a player only sees his or her pieces on the board, but not an opponent’s. Acting as a referee, a third person provides information about the legality of each move as the game progresses.

Ferguson and others on the faculty at UCLA urged their departments to hire Shapley, who was thinking about leaving RAND. He joined the UCLA faculty in 1981 and has been emeritus since 2001.

In awarding the 2012 economics prize to Shapley and Alvin E. Roth of Harvard, the Royal Swedish Academy of Sciences said, “This year’s Prize concerns a central economic problem: how to match different agents as well as possible. For example, students have to be matched with schools, and donors of human organs with patients in need of a transplant.

“Lloyd Shapley used so-called cooperative game theory to study and compare different matching methods. A key issue is to ensure that a matching is stable in the sense that two agents cannot be found who would prefer each other over their current counterparts. Shapley and his colleagues derived specific methods – in particular, the so-called Gale-Shapley algorithm – that always ensure a stable matching.”

Ferguson said Shapley’s work is still very much the subject of intense discussion. A conference in 2013 in Istanbul focused on the Shapley value, a concept that Shapley introduced in 1953.

“Lloyd brought honor and prestige to UCLA, and we will be forever grateful,” said Alessandro Duranti, dean of social sciences in the UCLA College. “Our economics department is one of the best in the world thanks in part to his contributions and we honor him for his dedication to the field and our university.“