Using new modeling techniques to analyze data gathered in 1997 by the NASA Galileo spacecraft, astronomers have discovered surprising new details about one of Jupiter’s moons.

A paper published in Nature Astronomy offers the clearest evidence to date that there are “plumes” — eruptions of water vapor — venting from the surface of on an icy moon called Europa. Two UCLA scientists are co-authors of the study: Margaret Kivelson, a space physicist and planetary scientist who is a professor emerita, and researcher Krishan Khurana.

Space scientists have long been interested in Europa because there is evidence to suggest that a vast ocean — like the ones on Earth — lies beneath its icy outer shell. The new research provides further support for the possibility of such an ocean, as well as evidence that there are the types of energy sources in the moon’s interior that would be required if life were to develop on the moon. 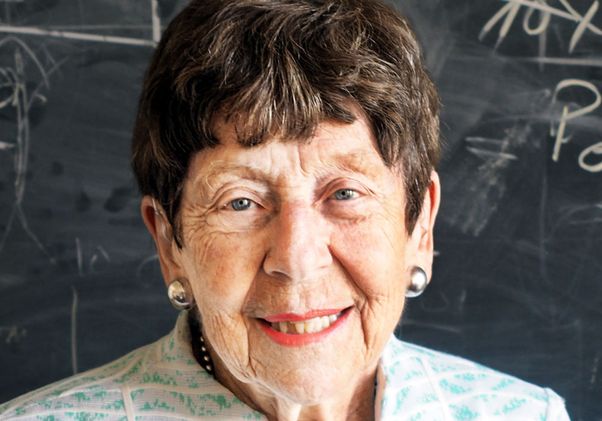 Galileo collected data from as close as 124 miles above Europa’s surface, but at the time, mission scientists didn’t think to look for plumes. Over the next few years, though, new data from a separate NASA mission — the Cassini spacecraft’s study of Saturn and its moons — led Kivelson and her colleagues to suspect that there was more to be learned by analyzing the measurements Galileo had made near Europa.

In early 2017, Kivelson, Khurana and Xianzhe Jia — a University of Michigan space physicist who earned his doctorate at UCLA — attended a NASA presentation about the agency’s planned Europa Clipper mission, which is scheduled for a launch in the early 2020s. The researchers examined the information gathered during the 1997 flyby and, indeed, the high-resolution magnetometer data showed something strange.

Drawing on what scientists had learned from the exploration of plumes on Saturn’s moon Enceladus by NASA’s Cassini mission, Jia focused on an anomaly that had never been explained, and then applied it as strong evidence of plumes.

In addition to Kivelson’s magnetometer, Galileo also carried a powerful plasma wave spectrometer to measure plasma waves caused by charged particles in gases around Europa’s atmosphere. For the new study, scientists layered data from the magnetometer and spectrometer into 3D modeling software, and then incorporated models based on data from remote observations of Europa by NASA’s Hubble Space Telescope between 2014 and 2017.

“The data were there, but we needed sophisticated modeling to make sense of the observation,” Jia said.

The new findings bolster the potential for discovery of more plumes by the Europa Clipper mission, which is intended to explore the moon’s habitability. Jia, Kivelson and Khurana are members of the research teams for two of the instruments aboard Europa Clipper that will measure the moon’s magnetic and plasma environments.

“If plumes exist, and we can directly sample what’s coming from the interior of Europa, then we can more easily get at whether Europa has the ingredients for life,” said Robert Pappalardo, the project scientist for Europa Clipper at NASA’s Jet Propulsion Laboratory in Pasadena, California. “That’s what the mission is after. That’s the big picture.”

Kivelson, who in 2017 received the Gerard P. Kuiper Prize for outstanding contributions to planetary science from the American Astronomical Society, said the upcoming mission should reveal a wealth of new insights about the moon.

“Although Galileo discovered an ocean at Europa, we know little about its properties,” she said. “The Europa Clipper mission will tell us lots about the ocean, such as its depth, the thickness of the ice layer that hides it, and its electrical properties.”