A quarter of the carbon emissions that are warming the Earth dissolve into oceans, making them more acidic. Carbon emissions and warming are also causing ocean heat waves, which in turn is bleaching the world’s coral reefs.

Acidification and warming are a one-two punch that impair corals’ ability to form exoskeletons and grow. The new study provides evidence for how both factors interact to harm the corals even more than the sum of their parts would suggest.

The paper, published in Science Advances, looked at two species: cauliflower coral and hood coral, which thrive primarily in tropical waters of the Indian and Pacific oceans. Both were able to cope with higher carbon dioxide and increased acidity at a temperature of 28 degrees Celsius (82.4 degrees Fahrenheit), which is in the optimal range for coral to grow. They even grew faster with more carbon dioxide in the water.

At 31 degrees Celsius (87.8 Fahrenheit), however, neither species could maintain significant growth at any level of acidity that the researchers tested. For the cauliflower coral, the compound effect of warming and acidification was worse than with warming alone. The rising temperatures, the researchers write, seemed to compromise the coral’s ability to regulate its internal acidity, making the coral more vulnerable to the effects of ocean acidification.

Robert Eagle, a member of the UCLA Institute of the Environment and Sustainability, said the interplay of the two threats is beginning to come into focus.

“There’s been a sense that acidification would be bad for corals, and there is evidence that it is detrimental in certain species and locations,” said Eagle, a co-author of the study and an assistant professor of atmospheric and oceanic sciences. “But it’s also clear that some corals are pretty resistant to acidification on its own. Now, however, we have shown that warming can lower corals’ defenses to acidification, producing an interactive negative effect.” 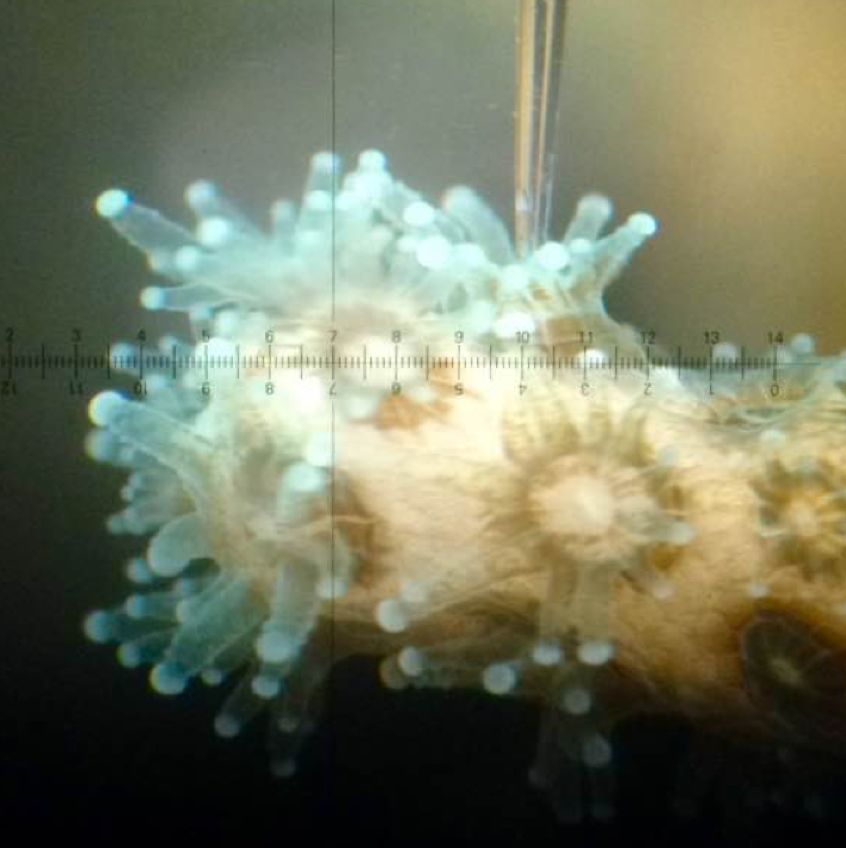 UCLA Institute of the Environment and Sustainability
The UCLA-led research team measured corals for their ability to regulate internal acidity when external acidity and temperature were changed.

It is well known that warming waters cause corals to expel symbiotic algae that live inside them and produce most of the organisms’ nutrients via photosynthesis. The process turns the corals a ghostly white, a condition called coral bleaching. Corals can survive for a while without the algae — they use tentacles to eat food from the ocean — but when bleaching lasts too long or happens too frequently, the corals eventually die.

UCLA partnered with researchers from global institutions for the study, including Northwestern University, Bremen University, the Indian Institute for Science and University of Cambridge.

The research demonstrates how global warming exacerbates the damage that other factors can cause within complex biological systems. In this case, Eagle said, the temperature stress interfered with coral’s natural ability to regulate its defense against acidification.

And it reinforces the notion that prospects for major reef systems like the Great Barrier — the world’s largest — are grim. Marine heat waves are expected to worsen in the coming decades and are likely to cause more severe bleaching events and kill more corals. Coral species might not necessarily go extinct, Eagle said, but they could possibly shift to different locations and may no longer exist in large, continuous reef systems.

Corals could also develop some ability to adapt to future ocean conditions. But according to Maxence Guillermic, the paper’s lead author, that adaptation could happen too late to save the world’s major reef systems.

“Conservation of corals in a world where heatwaves are becoming more frequent will be challenging,” said Guillermic, a UCLA geochemist. “The story told in our paper is one small piece. It’s important to understand the causes of the interactions between stressors, including climate change-related stressors. Only then can we find ways to conserve corals in a meaningful way.”