As a World War II pilot flying B-17 bombers behind enemy lines in Europe, Irvin Poff never backed down in the face of danger.

In 1944, while he was flying in formation with a squadron of 28 other Army Air Force planes, an engine on Poff’s plane failed five minutes before he was ordered to drop 6,000 pounds of explosives over an Austrian oil refinery. Knowing Nazi fighters liked to pick off solo flyers, he diverted full-throttle emergency power to his remaining three engines.

“We were supposed to limit emergency power to six minutes to prevent the engines from overheating and exploding,” Poff recalled. “But I pushed it to 10 and stayed in formation.”

When his hearing aids stopped working 75 years later, Poff didn’t hesitate to pursue surgery for a cochlear implant. In June, the 102-year-old became one of the oldest Americans to receive the life-changing technology.

“You have to be open to change,” said Poff, who lives in Ventura County, California. “Because the world is going to change with or without you.”

According to Dr. Akira Ishiyama, director of UCLA Health’s cochlear implant program, social isolation and age-related hearing loss increase the risk of dementia and cognitive decline. Many elderly patients suffer needlessly, not realizing that treatment exists, and unaware that Medicare covers the cost of cochlear implant surgery and the device itself.

“Mr. Poff wants to hear so he can continue to socialize and be independent,” said Ishiyama, who performed the implant surgery. “I’ve never seen anyone like him. He doesn’t look a day over 80.”

Poff’s procedure was performed under local anesthesia, eliminating the risk of putting a man his age under general anesthesia. Unlike a hearing aid, which amplifies speech, a cochlear implant electronically stimulates the auditory nerve, bypassing the damaged inner ear. A speech processor, attached by a magnet outside the skull, sends signals to the implant, enabling the brain to decode the input as sound.

Prior to the procedure, Poff was profoundly deaf and relied on a transcription device to understand conversations on phone calls. Now, he can discern 60% of words in conversation — a number that’s gradually increasing as he adjusts to the implant.

“Before the surgery, I couldn’t hear or understand people across the table at a restaurant,” Poff said. “It made me feel left out, and it was embarrassing to speak up, so I quit talking. Now I can sit on my front porch and enter into a conversation with my neighbors across the street.”

Born in 1919, Poff was delivered at home by a doctor who arrived in a horse-drawn buggy. He grew up without electricity or indoor plumbing on his family’s 80-acre farm in Smithfield, Missouri, and attended a one-room schoolhouse through the eighth grade.

After Poff earned his degree in soil science from the University of Missouri, in 1940, a telegram arrived, offering him an immediate job in Texas with the U.S. Department of Agriculture. Three months later, he discovered the telegram contained a clerical error: The USDA had intended to hire him in Milwaukee.

By then, fate had intervened. Poff had met a charming, dark-eyed waitress named Zella at the local cafe. They married and raised a son. But their lives changed after the U.S. entered World War II. To avoid the draft, Poff volunteered to train as a pilot in 1942.

At the age 23, Poff was assigned to Italy to pilot B-17s, known as the “flying fortresses.” With 10-man crews, the rugged planes bristled with machine guns, and could resist heavy fire and fly up to 200 miles per hour.

Poff flew 50 combat missions in three months. He bombed Nazi outposts in subterranean Italian caves and dropped explosives on railroads in Romania. His missions, often lasting eight hours each, were simultaneously exciting and stressful. And with temperatures in the aircraft reaching 50 degrees below zero, they were also very cold.

He also escorted military chaplains on a pilgrimage to ancient Jerusalem, buzzed the Sea of Galilee and went sightseeing in the old city of Damascus. 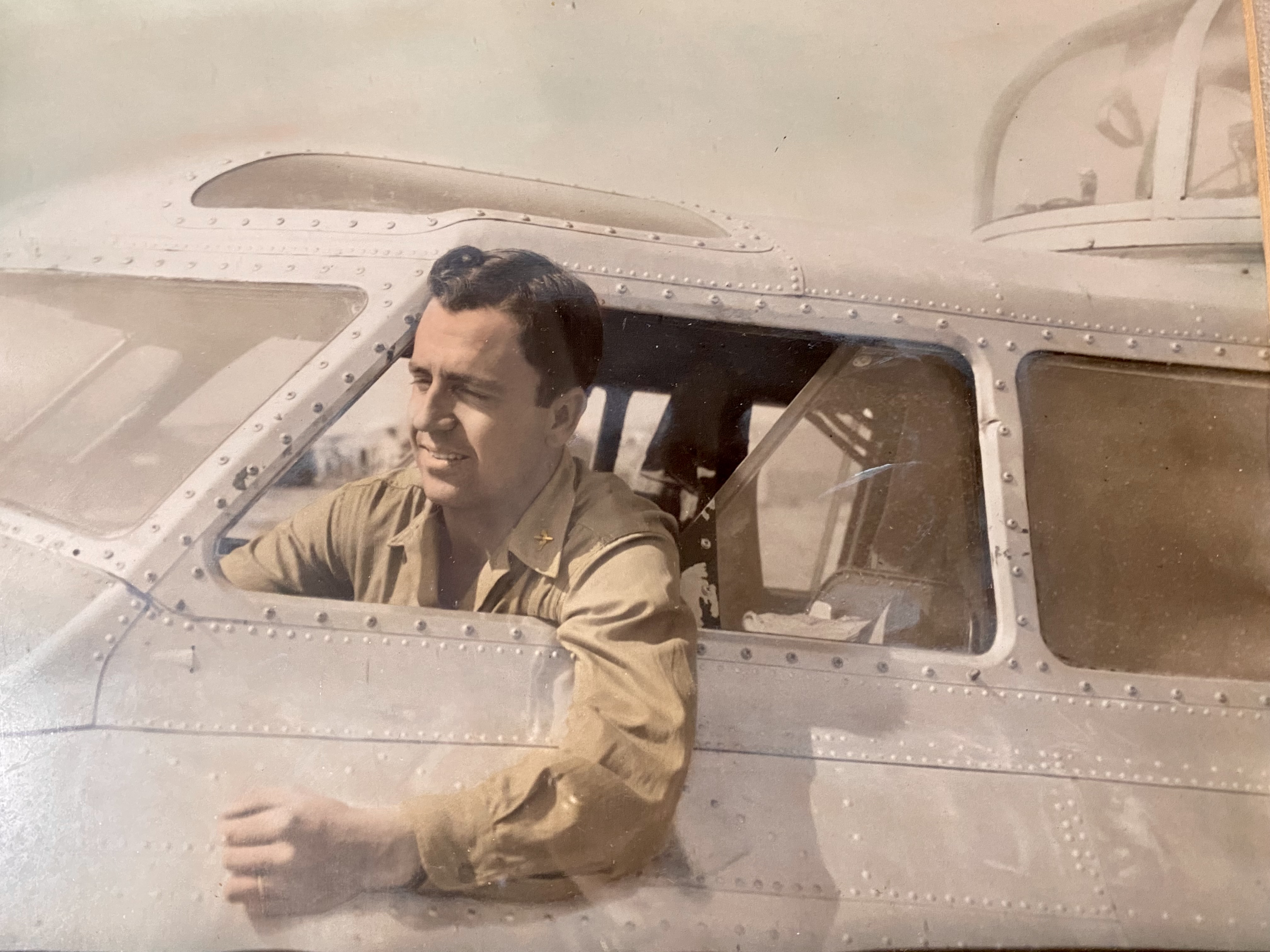 Courtesy of Irvin Poff
Poff, then 23, in the cockpit of a B-17 bomber in Italy during World War II.

Discharged as a captain in 1945, Poff returned to his civilian job but remained in the Air Force reserves, where he was promoted to the rank of lieutenant colonel. He returned to the service during the Korean War to train cadets.

Twice widowed, Poff lives independently in the house he purchased with Zella in 1980. He stays busy exercising, repairing his home, watching Western movies and enjoying neighborhood block parties. The proud owner of a shiny red sports car, Poff still drives solo on the freeway, zipping 70 miles each way to UCLA before his surgery.

Poff, who has two grandchildren and two great-grandchildren, has been delighted with how the cochlear implant has restored his hearing and quality of life. He encourages other seniors to explore how cochlear implants and hearing aids can help them lead fulfilling lives and remain active in their communities.

“I realize that cochlear implant surgery is unusual for someone of my age,” Poff said. “I appreciate everything that UCLA did to get it done for me.”