In 2000, a group of UCLA School of Law professors, all scholarly leaders in the field of Critical Race Theory, gathered to form a first in legal education: an official, law school–based institutional program dedicated to advancing equality through the rigorous study of the intersection of race and the law.

Twenty years later, the Critical Race Studies (CRS) program remains unparalleled in legal education, is a key area of renown for UCLA Law, and ranks among our most popular centers of scholarship and specializations for students. Scores of future lawyers come to UCLA Law specifically to learn from our CRS leaders; more than a quarter of all students participate in the program and roughly 30 students graduate with certificates in the CRS specialization each year. Many advance to impactful careers as advocates and scholars focused on racial justice.

A number of the CRS program’s founding faculty members also remain at UCLA Law, continuing their work and campaigns for change, and they have been joined by a next generation of professors who share new perspectives and traverse new avenues of study. Together, they are committed to delving into the legal and structural issues that create racial division in America and perpetuate centuries-old systems where people of color — Black, Latino, Native American and others — are denied fundamental equality and inclusion.

In an essay celebrating the program’s 20 years, CRS director Jasleen Kohli wrote: “CRS is an incredibly vibrant and dynamic community. CRS is our students, alumni, faculty, staff and supporters. CRS students enrich us, challenge us and inspire us every day.”

In these essays, we turn to seven esteemed CRS scholars: CRS co-founding faculty member and current faculty director Laura Gómez; Angela Riley and Joanna Schwartz, both of whom have been teaching at UCLA Law for more than a decade; as well as newer members of the law school faculty community, LaToya Baldwin Clark, Jennifer Chacón, Jonathan Glater and CRS program director Jasleen Kohli. Their diverse areas of expertise offer a broad set of vantage points from which to gauge this challenging moment in which the twin perils of the COVID-19 pandemic and systemic racism devastate minority communities across the country and cause consternation around the world. 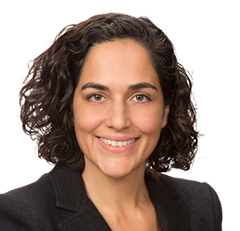 The failure of equal protection and the fragility of temporary protection

JENNIFER CHACÓN is a professor of law and core member of the CRS faculty who focuses her research on immigration law, constitutional law, and criminal law and procedure. She is a co-author of the casebook Immigration Law and Social Justice (Aspen) and of numerous articles, essays and book chapters on citizenship, immigration, border control and human trafficking. She joined the UCLA Law faculty in 2018 and has served on committees and panels focused on race and immigration issues for the Association of American Law Schools, the American Bar Foundation and other professional organizations.

The Constitution protects all people in the United States from discrimination on the basis of race and national origin. But as Critical Race Theory scholars have long noted, in the hands of conservative courts over the past 50 years, the equal protection doctrine has ceased to protect the members of historically disadvantaged groups. This was evident in the Supreme Court’s June 2020 opinion in Department of Homeland Security v. Regents of the University of California.

Read the rest of Chacón’s essay on the UCLA Law Magazine website. 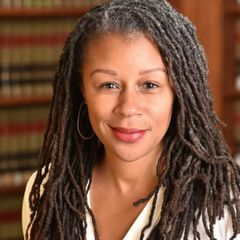 To pod or not to pod?

LATOYA BALDWIN CLARK is an assistant professor of law and core member of the CRS faculty who writes and teaches about education law, family law, property law, and race and discrimination. Her articles include “Education as Property” in the Virginia Law Review and “Stealing Education,” to be published in the UCLA Law Review, which shows how public-school stakeholders use master racial stereotypes to justify educational exclusion using the rhetoric of property rights. She joined the UCLA Law faculty in 2018 and runs the popular Doctor Mama Esquire blog.

In this unprecedented time of COVID-19, caretakers of all colors, genders and class face a formidable task: how to work while engaging in full-time childcare. I spent this summer reflecting on how glorious it would be to experience the “most wonderful time of the year” — the day my children returned to school after five months “off.” Yet as the summer progressed, I realized that that day would likely not come this calendar year. Instead, “back to school” would mean back to waking my children up early without the relief of watching them leave the house.

Read the rest of Clark’s essay on the UCLA Law Magazine website. 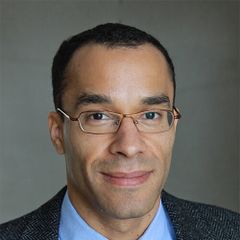 JONATHAN GLATER is a professor of law and core member of the CRS faculty whose scholarship focuses on how the law both enables and acts as a barrier to access to higher education. He teaches disability law and education law and policy, and his research includes innovative explorations into the effects of education debt. He joined the UCLA Law faculty in 2020, and his latest article, “The Civil Rights Case for Student Debt Reform,” with co-author Dalié Jiménez, appears in the Harvard Civil Rights-Civil Liberties Law Review.

Like a never-ending lightning strike, the pandemic has illuminated gaping inequalities across our education landscape. When schools, colleges and universities closed, students suddenly and unexpectedly found themselves at home or scrambling to find other living arrangements, even as many struggled to participate in education remotely. Too many K–12 students were unable to do so.

Read the rest of Glater’s essay on the UCLA Law Magazine website. 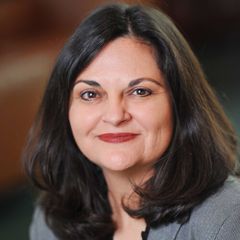 Q&A: On telling ‘a new story of American racism’

LAURA GÓMEZ co-founded and serves as the faculty director of the Critical Race Studies program. She first joined the UCLA Law faculty in 1994, holds the Rachel F. Moran Endowed Chair in Law and is renowned for research that focuses on the intersection of law, politics and inequality. In August 2020, she published her latest book, Inventing Latinos: A New Story of American Racism (The New Press), which has drawn wide acclaim and attention for its focus on the history of Latinos in the United States and the imprint that they have made on how race operates in the country today.

There are 60 million Latinos in the United States. If we were a nation, we would have a GDP of $2.3 trillion. In short, we are the United States of America. You can’t understand the nation today — and especially where it is headed tomorrow — without understanding Latinos. Sadly, finishing this book became more urgent with the administration’s increasingly draconian policies at the southern border — policies like the separation of more than 2,000 children from their parents in 2018 and the rejection of tens of thousands of Central American asylum seekers over the past 18 months.

Read the Q&A with Gómez on the UCLA Law Magazine website. 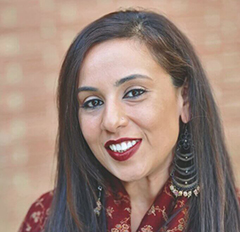 In celebration of the Critical Race Studies program at 20

JASLEEN KOHLI is the director of the Critical Race Studies program at UCLA Law, where she oversees the CRS specialization for more than 200 current students and organizes a robust slate of speaker series, workshops and symposia on issues related to race and the law for members and friends of the broader law school community. Before she joined UCLA Law in 2012, Kohli earned deep experience as an advocate whose work in civil rights, labor law and policy development revolved around integrating Critical Race Theory principles into practice.

In my role as director of the Critical Race Studies program, I am often asked what makes CRS so special. I struggle with how to adequately respond because CRS is more than just a specialization — although it is the only one of its kind in the country. And it is also more than a series of classes — although you will not find another law school that offers such breadth and depth of racial justice curricula. CRS is more than scholarship — although our scholars are doing some of the most important and cutting-edge work in the field.

Read the rest of Kohli’s essay on the UCLA Law Magazine website. 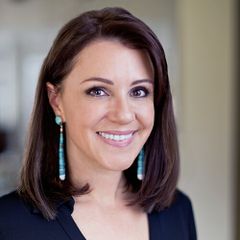 ANGELA RILEY is a professor of law and core member of the CRS faculty who directs UCLA’s Native Nations Law and Policy Center and is the campus representative on issues related to repatriation under the Native American Graves Protection and Repatriation Act. She focuses her teaching and scholarship on Indigenous peoples’ rights, with an emphasis on cultural property and Native governance. A member of the UCLA Law faculty since 2010, she also serves as the Chief Justice of the Supreme Court of the Citizen Potawatomi Nation, her tribe’s highest court. This essay expands on the June 19 New York Times op-ed regarding racist branding that Riley co-authored with Sonya Katyal.

After decades of struggle by Native American activists — and stubborn resistance from team owner Daniel Snyder — the Washington Football Team (formerly known as the Redskins) announced in July of this year that it would finally change its name. While mired in symbolism, this event also marks real transformation in the racial and social conscience of America.

Read the rest of Riley’s essay on the UCLA Law Magazine website. 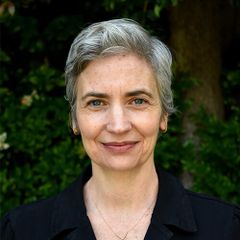 What happens if we eliminate qualified immunity?

JOANNA SCHWARTZ is a professor of law, core faculty member of the David J. Epstein Program in Public Interest Law and Policy, and affiliated member of the CRS faculty whose teaching and scholarship focus on police accountability and public interest lawyering. Co-author of the leading casebook Civil Procedure (Aspen), she is a nationally renowned expert on police misconduct legislation. She joined the UCLA Law faculty in 2006, and the empirically based works that she has produced during the past decade, including the seminal 2014 NYU Law Review article “Police Indemnification,” have been relied on by courts, scholars and the general media as touchstones in the field.

We are in the midst of a national conversation about police violence and paths to reform. Videos of Black men beaten or killed by police have filled our screens for decades. But, somehow, this moment feels different. In congressional hearings, at city council meetings, in the pages of newspapers and at kitchen tables across the country, people are, perhaps for the first time, asking fundamental questions about the role police should play in our society, the power they should have and the best tools to hold police accountable when they abuse that power.

Read the rest of Schwartz’s essay on the UCLA Law Magazine website.