The analogy has some merit: Dunnavant, a UCLA assistant professor of anthropology, is a globetrotting archaeologist with a wealth of active hobbies, including skateboarding and surfing. Unlike the fictional character, though, Dunnavant doesn’t mind snakes. And although the comparison is flattering, he prefers to be compared to a real-life legend.

“I like to think of myself more as Jacques Cousteau, actually,” says Dunnavant, who joined the faculty in July after completing his postdoctoral fellowship at Vanderbilt University.

Like Cousteau did, Dunnavant conducts much of his research underwater; in fact, he’s certified by the American Academy of Underwater Sciences as a scientific scuba diver. His current focus is exploring shipwrecks to investigate the relationship between ecology and enslavement in the former Danish West Indies, most of which are now the U.S. Virgin Islands.

“There are only a few archaeologists doing maritime archaeology related to slavery and the African diaspora. Less than 50 globally, less than 20 in the U.S.,” he says. “So there is an immense need to train more people, because there are literally dozens of sites that are threatened by looting, natural disasters and climate change — and there are many more left to be discovered.”

Dunnavant frequently studies the remains of 18th- and 19th-century wooden ships that have largely decomposed underwater. While the challenges of conducting intricate archaeological missions deep beneath the sea can be daunting, Dunnavant views it as his mission to give voice to people whose stories would otherwise be lost, and each project as an opportunity not just to learn from the past, but to move to a more inclusive future.

“Part of the reason I got into this field was that I saw the potential for archaeology to really shed light on issues faced by marginalized communities without formally recorded histories,” he says. “Archaeology provides us with another way to explore questions about history and heritage, and the more people we have coming in from diverse backgrounds, the more it leads us to more innovative questions, interpretations and methods.”

Dunnavant and his colleagues collect wide-ranging data to understand the environmental effects of the slave trade. Their excavations have uncovered, for example, evidence of burned bagasse, the byproduct of sugarcane harvesting, suggesting deforestation led to a dearth of firewood and charcoal. And they’ve uncovered evidence of coral being used in architecture dating back to the 1700s, demonstrating a long history of coral mining that has harmed reef diversity and likely contributed to shoreline erosion.

“It is important to understand these effects because they continue to have present-day ramifications,” he says. “Deforestation continues to lead to reduced rainfall and sheet erosion, and pollutants from rum production continue to negatively affect biodiversity in the near-shore marine ecosystems. A more complete understanding of all this will be important as advocates think through notions of reparations and the true cost of slavery and colonialism.”

Dunnavant entered Howard University as a 16-year-old after skipping two grades during his K-12 years in Frederick, Maryland. And although he had never even been camping, as a college freshman, he signed up to spend six weeks helping excavate a Mayan plaza in the rainforests of Belize.

Smitten with archaeology, he received a Fulbright scholarship to study artifacts that enslaved Africans either brought with them to Jamaica or recreated once they arrived, and went on to earn a doctorate in anthropology at the University of Florida. 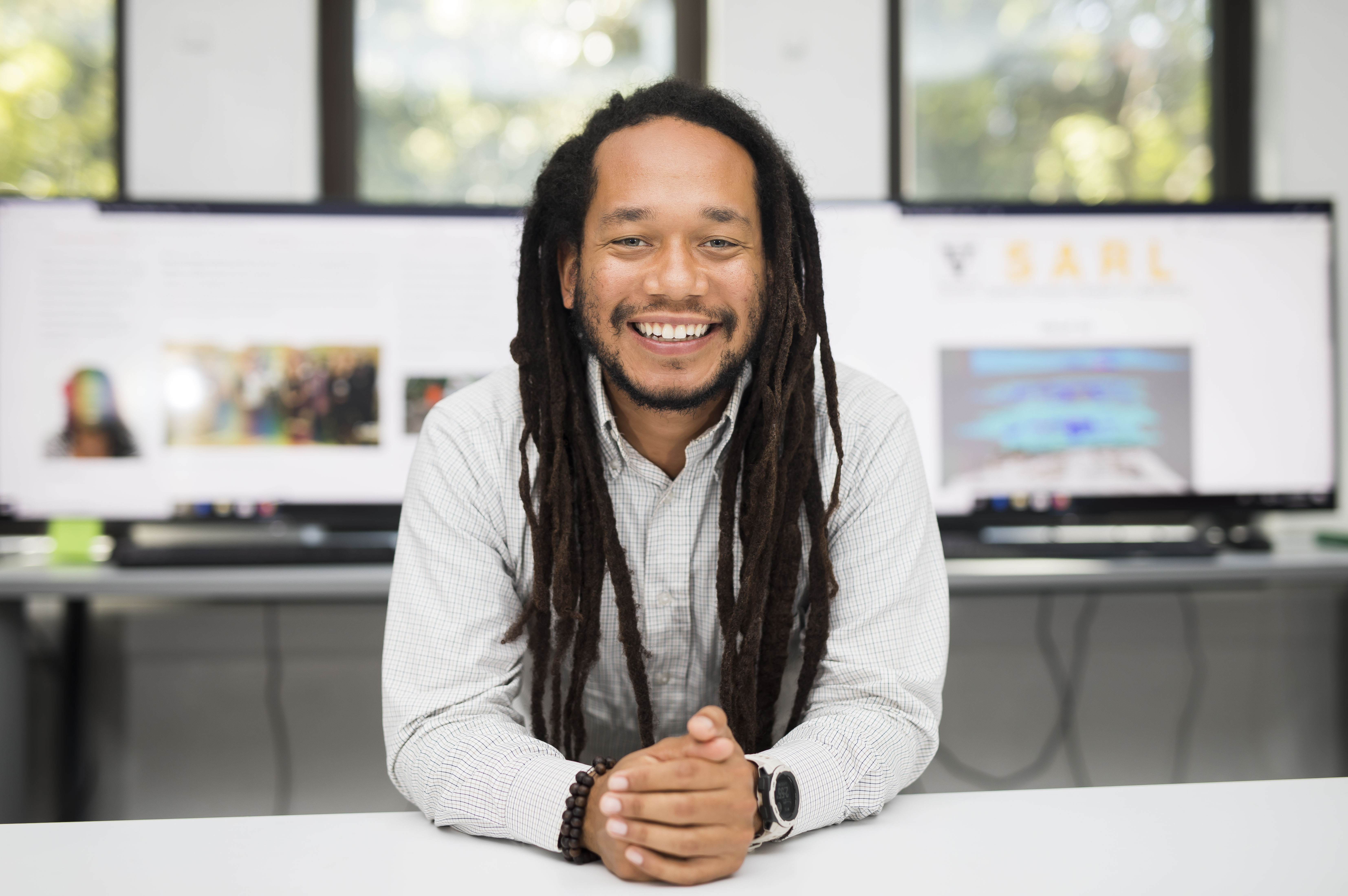 Courtesy of Justin Dunnavant
Justin Dunnavant: “Nothing excites and inspires me more than how fresh and new the questions we’re exploring tend to be. There’s still so much out there to explore and discover.”

While at UF in 2011, Dunnavant and his colleague Ayana Omilade Flewellen, now an anthropology professor at UC Riverside, founded the Society of Black Archaeologists. Starting from an email list of 50 people, the organization has now grown to more than 250 paid members around the world, created research collaborations, increased visibility for Black leaders in the field and funded a scholarship program.

And it was a connection the duo made through their new organization that ultimately enabled Dunnavant to take his archaeological studies underwater. At the time, Dunnavant could barely swim across a pool. But a call from an organization called Diving with a Purpose changed that.

“They approached us and said, ‘We’re a bunch of African American scuba divers who assist with archaeology. You have a group of archaeologists who don’t know how to dive. What if we joined forces?’” Dunnavant says.

Inspired by the opportunity, Dunnavant trained in swimming for six months and earned his beginning scuba license in 2016. Even now that he’s a certified diver, he says, every expedition is a chance to hone skills like underwater drawing and mapping. And his work gives him plenty of time to practice: He continues to travel around the world on expeditions with Diving with a Purpose and helps with their workshops to train recreational divers in basic archaeological methods.

Dunnavant’s most recent expedition was to St. John in the U.S. Virgin Islands, where he and a team of nine volunteer divers, including UCLA doctoral student Jewell Humphrey, mapped a shipwreck. The crew completed 77 dives over six days, producing an extensive survey and a map of the site.

“The UC system comprises one of the largest groups of archaeologists studying colonialism, and there is a great deal we can achieve by collaborating across borders,” he says. “I also have a lot to learn from my colleagues and students at UCLA, and I look forward to many new cutting-edge collaborations.”

Among his plans: creating more offerings in maritime archaeology, particularly in California’s national marine sanctuaries; increasing opportunities for African and African diaspora archaeology; and training a new generation of archaeologists who think critically about how archaeology can facilitate a more just future.

To that end, he plans to arrange weeklong camps to help his UCLA students, as well as local elementary, middle and high school students, learn how relevant archaeology is to their own lives. Igniting that spark in others is just one of the many things Dunnavant loves about his work, even if he doesn’t have an iconic theme song like Indiana Jones — yet.

“What I do have is an undying curiosity,” Dunnavant says. “Nothing excites and inspires me more than how fresh and new the questions we’re exploring tend to be. There’s still so much out there to explore and discover.”