Almost 20 years ago, UCLA archaeologist Giorgio Buccellati and his team identified the ancient city of Urkesh in northeastern Syria as a site of an important religious and political center more than 4,000 years ago.

The discovery received international media attention and acclaim for Buccellati and his wife, Marilyn Kelly-Buccellati, a visiting professor with UCLA’s Cotsen Institute of Archaeology 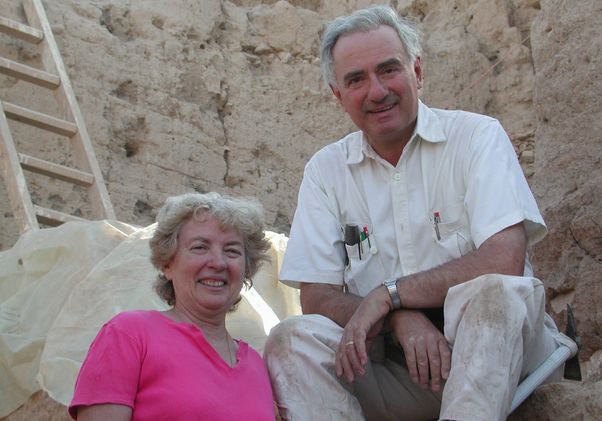 Buccellati, a professor emeritus of Near Eastern Languages and Culture and history as well as the director of the Cotsen's Mesopotamia Area Lab and International Institute for Mesopotamian Area Studies, had hoped that the next 20 years would lead to even more discoveries at Urkesh as well as the development of an archaeological park to welcome and educate visitors to the site and preserve a national treasure.

But civil war, now three years old, has put those plans on hold. Because of the eruption of violence in Syria, the Buccellatis haven’t been able to visit the site since December 2011. They became among the last foreign archaeologists to visit Syria.

"The reason we cannot go back is tragic," said Buccellati about the violence between the Assad government and opposition groups that has taken the lives of at least 120,000 and displaced more than 6 million people from their homes. "It is devastating to see what is happening in Syria."

So far, the violence hasn’t reached the site, which is located in a rural area that just recently received potable water and a sewer system.

"Our particular area is more protected, but there have still been battles within 60 kilometers (37 miles) in either direction so the area is potentially at risk," said Buccellati,

His efforts to win the cooperation of the local people who now serve as guardians of the site are documented in a recent report, "In the Eye of the Storm," that details how a plan to protect Urkesh from crumbling unfolded there. 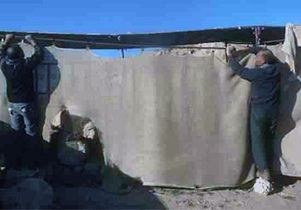 Six Syrian villagers, whom Buccellati is constantly in touch with via cell phones, e-mail and Skype, work at the site. One of their main duties is protecting the site’s centuries-old mud brick walls from rain and snow. So far, the damage to the mud brick has been minimal because the workers have covered the site with metal trellises and tarps.

UCLA and Gulfsands, a London-based oil company that operates in Syria, help fund the villagers’ employment.

"What impresses me is the fact that there is no sense of fatigue on their part," Buccellati said. "After three years of worrying about mud brick walls and one thing and another, in the midst of what the country is going through, you'd think that they might say, ‘Let’s forget about it.’

"Instead, that’s really not happening at all," he added. ‘They are becoming more and more aware of the significance and impact of their work."

In 1995, after more than eight years of excavating the modern city of Tell Mozan located some 400 miles east of Damascus, Buccellati and his colleagues identified the city as the site of ancient Urkesh, a major hub of ancient Near Eastern civilization known in mythology as the home of a primordial god.

“The identification of Urkesh is analogous to knowing that Rome is in central Italy and then finding Rome,” Buccellati said at the time. “Urkesh now has a geographical as well as a mythical location.”

Urkesh, one of the largest known archaeological sites from the third millennium B.C. in the Near East, housed monumental public buildings, including a large temple. It was the main religious center, as well as a political capital, of the ancient Hurrians. Little was known about Urkesh and ancient Hurrian civilization prior to Buccellati’s excavation. Some scholars even doubted that the Hurrians had appeared in the region prior to the second millennium.

Prior to 2011, Buccellati and his team had found some artifacts that potentially could reveal that Urkesh was an important city even earlier in time. "We were really eager to go back to explore this very ancient dimension of the city," he said.

Also put on hold for now are plans to develop "The Gates of Urkesh," the archaeological park for visitors.

The villagers have embraced the idea because it would stimulate the city’s economy, Buccellati said, and have never lost hope that it may one day be built.

The park would include a gift shop featuring cloth dolls, knitwear and other items made by local women. Villagers are already making items in a workshop in two buildings that a local man provided rent-free. The Buccellatis occasionally receive shipments of the items to support the women who make them.

"They are remarkably well-done," Buccellati said. "It means a great deal to them psychologically."

Meanwhile, Buccellati is sharing with other archaeologists at conferences what he’s learned about effectively maintaining an archaeological site that is 7,500 miles away and threatened by forces beyond his control. The site has been well-maintained, he said, because they have kept the system simple.

"We are the only foreign archaeological project in Syria that has maintained a presence," he said. "It was a very commonsense type of approach rather than a state-of-the-art approach."

Buccellati is also proud that the Syrian archaeological team looking after the site includes Kurds, Arabs and Christians.

"A strong sense of identity has emerged in the civil war because the conflict is among different groups in the population," Buccellati said.

"The ancient history of Syria is one that, in many respects, transcends the ethnic divisions because there are no more people of that ancient ethnic group. The people we are studying preceded all of them so they are a way of linking to a shared past," he added. "The archaeology and history of a country can help to overcome barriers."