Judea Pearl, chancellor’s professor of computer science and statistics at UCLA, has written his first book intended for a general audience, “The Book of Why: The New Science of Cause and Effect.” The book, which was written with co-author Dana Mackenzie, explores causality — the study of cause and effect — from its origins to its applications at the leading edges of science.

Pearl, a UCLA faculty member since 1970, received the 2011 A.M. Turing Award, considered the “Nobel Prize” in computing, for his landmark work in processing information under uncertainty. His new book will be published on May 15. That same day, Pearl will deliver a talk at the Charles E. Young Research Library as part of the UCLA Library Writer Series. The event is free, RSVP is requested.

He answered a few questions on the forthcoming book.

What motivated you to write this book?

There is a revolution going on in causality land that has changed drastically the way scientists deal with cause-effect questions. This excitement is spilling over from research circles to education and to applications, and is about to affect every aspect of our lives in the next decade.

First, it is fun to lay before non-technical audience the intellectual content of the Causal Revolution and to marvel together at how questions that long were regarded as either metaphysical or unmanageable can now be solved using elementary game-like methods.

Second, it is intriguing to speculate on how our mind achieves causal understanding using what seems to be an effortless mental exercise.

Finally, the rapid advance of machine learning has created anxiety and misunderstanding over what to expect next from artificial intelligence. It is important therefore to describe to the general public how robots can be built that learn to communicate in our mother tongue -- the language of cause and effect -- and what benefits we would gain from robots that think rationally about credit and blame, regret, intent and responsibility. 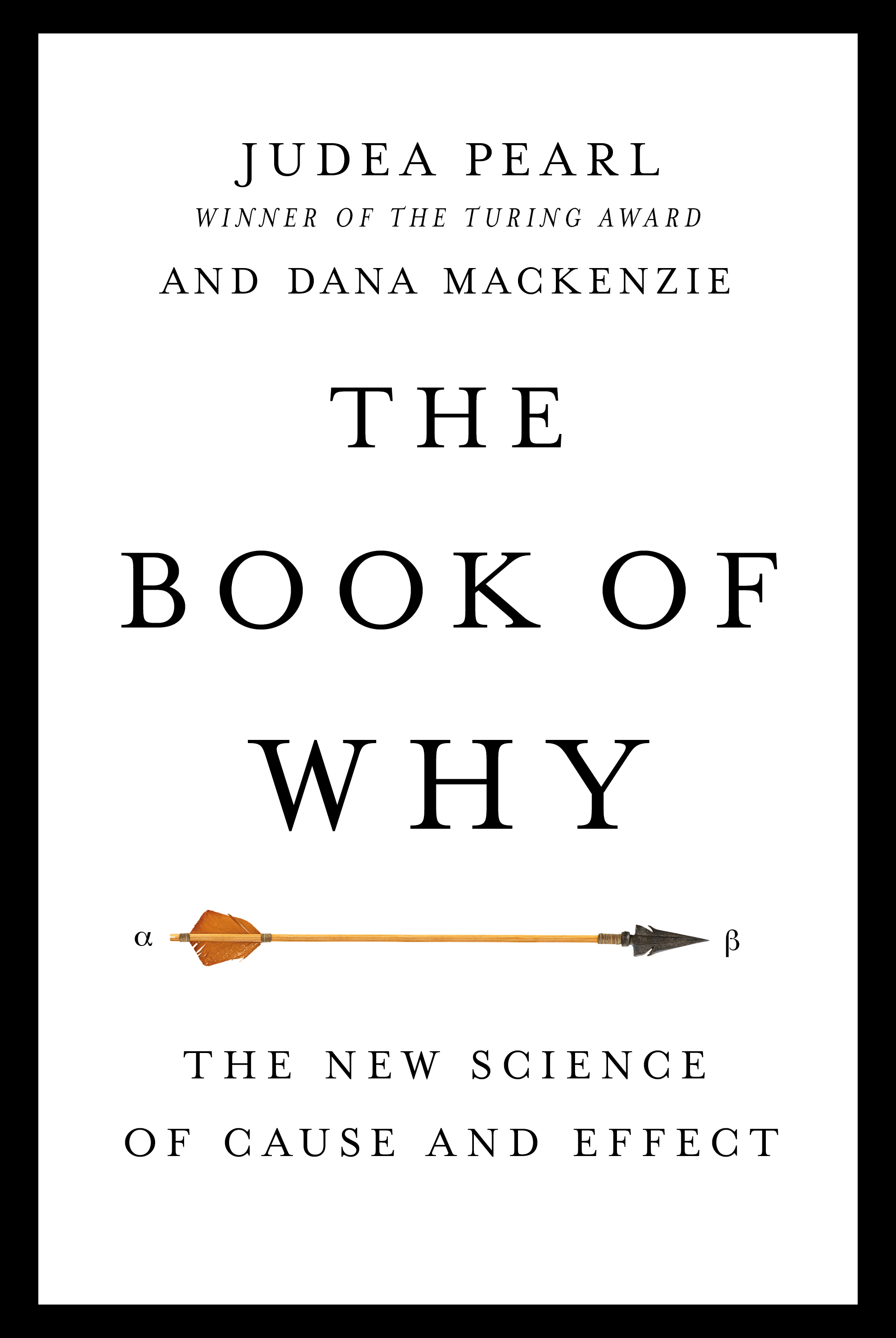 Who are you hoping will read this book and what do you hope they will get out of it?

The readership I hope to reach consists of anyone who is curious about how our mind manages to solve causal problems that scientists fumbled on, why science has failed to develop a language to articulate cause-effect relationships, and how we can build robots that emulate our causal intuition.

Secretly, I also hope to influence educators in the many data-driven sciences to become aware of the causal revolution and the insights that it brings with it, so as to change the way causality is taught in schools — our classrooms lag badly behind the revolution. We must prepare students to join the new science of cause and effect.

The first chapter introduces the Ladder of Causation, which has three rungs: Seeing, Doing and Imagining. Briefly, do you think humans will one day be able to build an artificial intelligence that can reside at that top rung?

Absolutely so. We already have computers that reason in this top rung of the ladder. The algorithmization of counterfactuals has enabled computers to answer questions about hypothetical worlds that exist only in one’s imagination. For example, a computer can imagine what would happen if Oswald had not killed Kennedy, or if Joe had two more years of education.

This is still a long way from inventing microscopes or telescopes but we now know the computational principles that govern those more complex tasks of imagination.

Your book uses a lot of examples from history, literature, religion and more to get points across. Do you have a favorite anecdote that you used, and if so, can you tell us a little more about it and why?

My favorite anecdote comes from the book of Genesis, where we are told that the first thing Adam and Eve learned after eating from the Tree of Knowledge was to blame each other.

Recall, when God finds Adam hiding in the garden, he asks, “Have you eaten from the tree which I forbade you?”

And Adam answers, “The woman you gave me for a companion, she gave me fruit from the tree and I ate.”

“What is this you have done?” God asks Eve.

She replies, “The serpent deceived me, and I ate.”

Now, where on earth did they get the idea that naming causes would somehow paint their actions in a different light? They must have gotten it from the Tree of Knowledge, where else? Moreover, note that God asked for the facts, and they replied with explanations. God asked “what,” and they answered “why.”

You can see why we titled our book “The Book of Why.” Is there a more distinct mark of human intelligence than the ability to answer "Why?” The bible says it came straight from the forbidden apple. Now computers are going to taste it.