From an examination of K-pop music to understanding China’s global influence through art to a discussion about how Filipino cinema is received at home and a look at how clothing “controversies” can play a role in expanding perceptions of ethnic identity, UCLA School of Theater, Film and Television faculty are experts on many aspects of Asian culture, history and art.

As part of Asian American Pacific Islander Heritage Month, we’re spotlighting some recent and upcoming book projects of AAPI professors in the school. 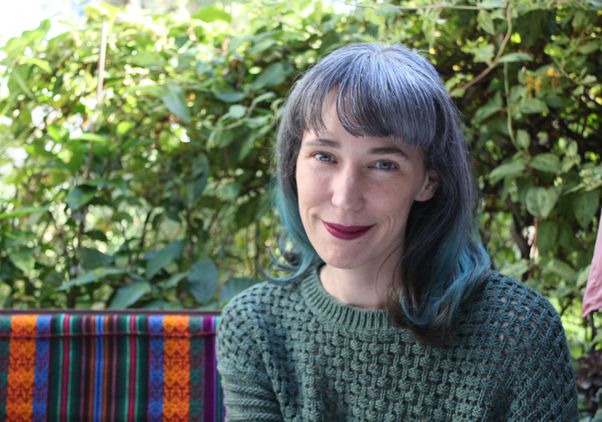 In the 1990s and early 2000s, Japanese youth were inspired to adopt an ornate style of dress that had the effect of making them look like living dolls. The hallmarks of “Lolita fashion” — knee-length petticoated skirts swathed in layers of ruffles and bows; knee-high socks; babyish bonnets and frilly umbrellas — were inspired by fashions that were in vogue more than a century earlier in Victorian England.

In her forthcoming book, “Theatricality of the Closet,” Michelle Liu Carriger intends to expand the ways one might think about ethnic identity by presenting arguments surrounding three 19th century clothing controversies. She points to the modern Lolita fashion — more specifically, a substyle called Gothic Lolita  — as the linchpin in her book’s thesis.

“Gothic Lolita is a really amazing example of how history gets reborn as something specifically Japanese,” Carriger said. Even though the style is European in origin, “Gothic Lolita looks Japanese and now it has traveled back from Japan to many other parts of the world.

“This is a super useful way of thinking about how fundamentally mixed up and transnational and non-exclusive all kinds of national or cultural or ethnic signifiers actually become in practice,” she continued. “It makes it more of a full circle.”

In “Theatricality of the Closet,” Carriger takes two separate events in Victorian London — the “girl of the period” controversy, which captured the attention of the populace as the “scandalous” clothing choices of young women were hashed out in local newspapers for weeks on end; and the Boulton and Park Trial of 1870, which took place after two men, dressed as women, caused a ruckus at a local theater and were arrested — and analyzes how the apparently “frivolous” fashion and theatricality reveals serious aspects of identity and social order. Carriger also looks at how the importation of Western dress influenced changes in Japanese fashion during the Meiji era in the 1860s and 1870s.

“I look at how clothing change was rolled out across different constituencies in Japan and also the reactions of the foreign interlocutors,” Carriger says, “and I question what it means to be Japanese when you’re throwing out many aspects of the culture and/or trying to negotiate how you hold on; how you modernize when modernity doesn't look like your own society.” 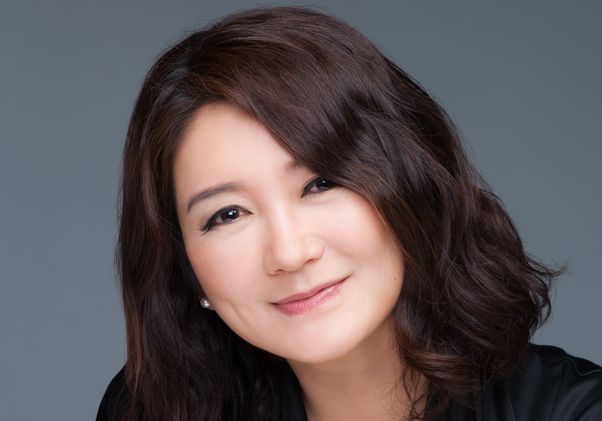 Suk-Young Kim began researching the phenomenon of the Korean pop, or K-pop, music scene back in 2012, when it was still in its early days and considered a “subcultural fascination.” In the ensuing nine years — as boy bands such as BTS and girl groups such as Blackpink exploded onto the world stage, doing their part to turn K-pop into a multi-billion-dollar industry — she has become an expert on the topic. In 2018, Kim wrote “K-Pop Live: Fans, Idols, and Multimedia Performance” (Stanford University Press), which investigates its rocket-like rise.

“It’s breathtaking to realize how much has changed in this decade,” Kim said.

Now, Kim has been commissioned to edit the forthcoming “Cambridge Companion to K-Pop.” Through the writings of leading scholars, the book will highlight the multidimensional aspects of K-pop including fan culture, digital media consumption, K-pop cover dance practices and K-pop tourism, among other things, as well as look at the music genres that have influenced it.

“It’s a discursive probing into what makes K-pop not only a music industry but a whole cultural movement, where the MZ generation might find a congealing point beyond their racial and national backgrounds,” she said. In Korean culture, the MZ generation is the combination of Millennials and Gen Z.

According to Kim, there wouldn’t be K-pop without fan culture.

“K-pop fans are into mobilizing their collective power, primarily for the betterment of their idols’ public perception … they have lots of agency to really shape the careers of their idols,” she said. “It creates this community where people from all kinds of racial backgrounds and upbringings can come together under the same interest. In a way, K-pop has become this global language for fans where they can share so much commonality that we can’t even imagine being done outside of this particular fan culture.” 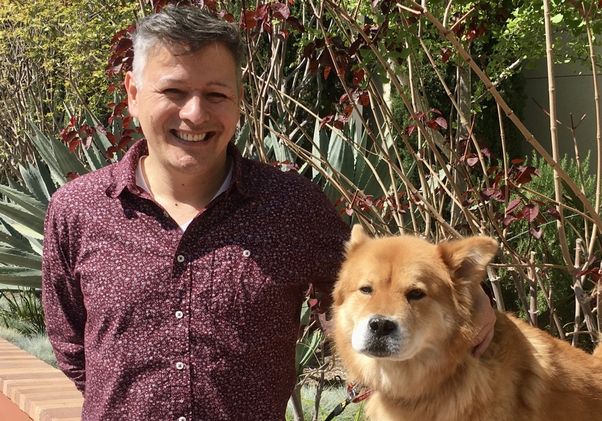 “The Chinese Atlantic: Seascapes and the Theatricality of Globalization” (Indiana University Press, 2020)

As a mixed-race Asian American, Sean Metzger has long been interested in how people think about what it means to be Chinese. When, at the end of the 20th century, Chinese-made products began to proliferate in American stores, he started thinking about the relation of the former Middle Kingdom to globalization.

“Both pundits and laypeople were saying that China was now a global power, but I wondered if the narrative of China’s belated relationship to capitalism and sudden rise to power might be rendered more complicated,” Metzger said.

This thought process inspired “The Chinese Atlantic,” in which Metzger uses seascapes, an art genre that emerged with the rise of Dutch Imperialism from the late 16th through the 17th centuries, as a jumping-off point to explore new understandings of Chinese-inflected globalization including migration patterns. In other words, seascapes became metaphors for systems that operated on a global scale.

“Overseas trade conveyed goods and money and people all across the world,” Metzger said. The Dutch East India Company is widely thought to be an early, perhaps the, antecedent for today’s transnational corporations (that is, a company that works through but also beyond the reach of governmental authority). The Dutch East India Company’s interactions with China helped put China “at the center — not on the periphery — of global processes.”

Metzger’s book focuses on how local conditions shape cultural, economic and migratory flows from China or its diaspora in different parts of the world, specifically the Caribbean, England and South Africa. He examines seascapes from those regions not only as they take shape in paintings but also in film, performance and installation art. These different seascapes help us see globalization in a comparative perspective that decenters the frequent emphasis on the U.S. in these discussions.

Rather than his book providing definitive conclusions, Metzger is more interested in the questions it raises.

“It’s more speculative and future oriented than a discussion of what has already happened,” he said. “It gives the reader tools to think through cultural flows that are very much in process.” 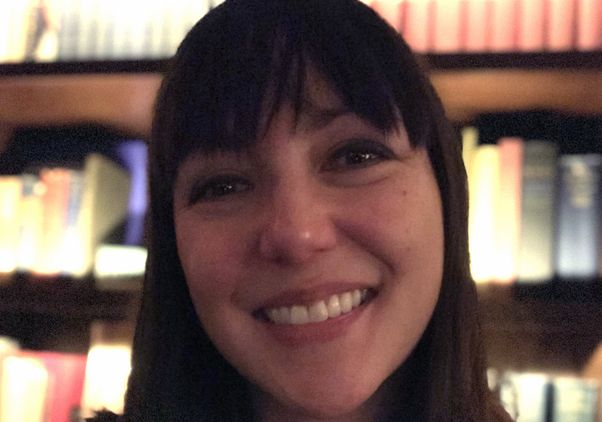 When Jasmine Nadua Trice moved to Manila in 2006 to do research for her dissertation, she intended to write about malls and multiplex cinemas in the region as media spaces, but the project evolved into something different from what she initially had in mind.

As it turned out, her move was well-timed. After decades of highs and lows in the Philippines’ movie industry, and just as commercial films were on the decline once again, Manila in the early 2000s was experiencing the birth of a vibrant independent film scene that was benefitting from international recognition. Trice shifted her focus to look at how this celebrated cinema was being received at home. Her finished dissertation provided the basis for “City of Screens,” her first book, which came out in March.

In Manila during this period, while home-grown films such as “The Blossoming of Maximo Oliveros” (2005) were receiving accolades from illustrious film festivals in Toronto and Berlin — not to mention from Pilipino cultural agencies — it was difficult for locals to actually see them, thanks to a dearth of screening locations for smaller, independent productions. Most of the existing spaces were “large-scale exhibition spaces in malls,” Trice said, “and there were issues around ratings systems. SM Cinema, for example, the largest exhibitor at the time, only played family-friendly films.”

Trice dissects the issue in “City of Screens” and takes a look at the activists who were determined to have a domestic audience for such fare. She also incorporates her initial focus on media spaces, and adds commentary about means of distribution in Manila, such as micro-cinemas and the city’s pirated DVD district.

“Those are really important to understanding the kinds of cultural work that the films are doing,” she says. “They’re an invitation to an audience that doesn’t quite yet exist but they’re trying to build that audience.”