Like virtually everyone, Audrey Devost’s first semester at college was a lifechanger. As a transracial adoptee who grew up in Vermont with white parents and another adopted multi-racial sibling, going to a historically Black college and university in Washington, D.C., exposed her to a world she had never really experienced.

“My friends and family would tell you, after my first semester at Howard University, I drastically changed,” she said. “But the way that it changed me going from Vermont, which is one of the whitest states in the U.S., to a historically Black university, was a very beautiful thing for my racial identity.”

Now, Devost, a third-year doctoral student in the UCLA School of Education and Information Studies, is working with a small and thriving community of Black scholars — that includes faculty, graduate students and undergraduates — to cultivate the transformative environment she found at Howard, a private, 9,700-student HBCU on the East Coast, here at UCLA, a 45,000-student, public research university in Los Angeles.

“That’s 100 percent my ambition,” said Devost, who is part of the UCLA Bunche Fellows Program and who helps teach the research practices class that brings all the fellows together on a bi-weekly basis.

“Coming from an HBCU, I realize now I took that kind of community for granted a little,” said Devost, whose scholarship centers around identity. “The Bunche Fellows Program feels like home. And seeing these undergraduate students grow into their passion of what they want to do beyond UCLA by way of this experience they are having is extremely rewarding.”

Launched in 2019, the program is now nurturing its third cohort of undergraduates, graduate students and postdoctoral scholars, bringing a powerful sense of focus to UCLA’s wide-ranging research landscape. The Bunche Fellows Program creates space for students and faculty who share a multi-disciplinary commitment to understanding and bettering the conditions of Black life. It is run by UCLA’s Ralph J. Bunche Center for African American Studies, part of the Institute of American Cultures.

“The initiative grew out of a number of us wanting to create the best circumstance possible to ensure the success of the talented students of African descent, and students with an interest in Black studies,” said Walter Allen, professor in the departments of education, sociology and African American studies. He co-directs the program along with Karida Brown, assistant professor of sociology and African American studies.

For Allen, his work with the program is paying it forward to the high school teachers who supported a “struggling kid from the projects” in Kansas City, Missouri, and the community he found at Beloit University, the liberal arts university that he said “took a chance” on him and shaped his destiny.

“We wanted to create a sort of collegium within UCLA that replicates the best aspects of a historically Black college or liberal arts college, typically smaller places where faculty, staff and graduate students really pour themselves into supporting students and have direct deep academic relationships,” Allen said. 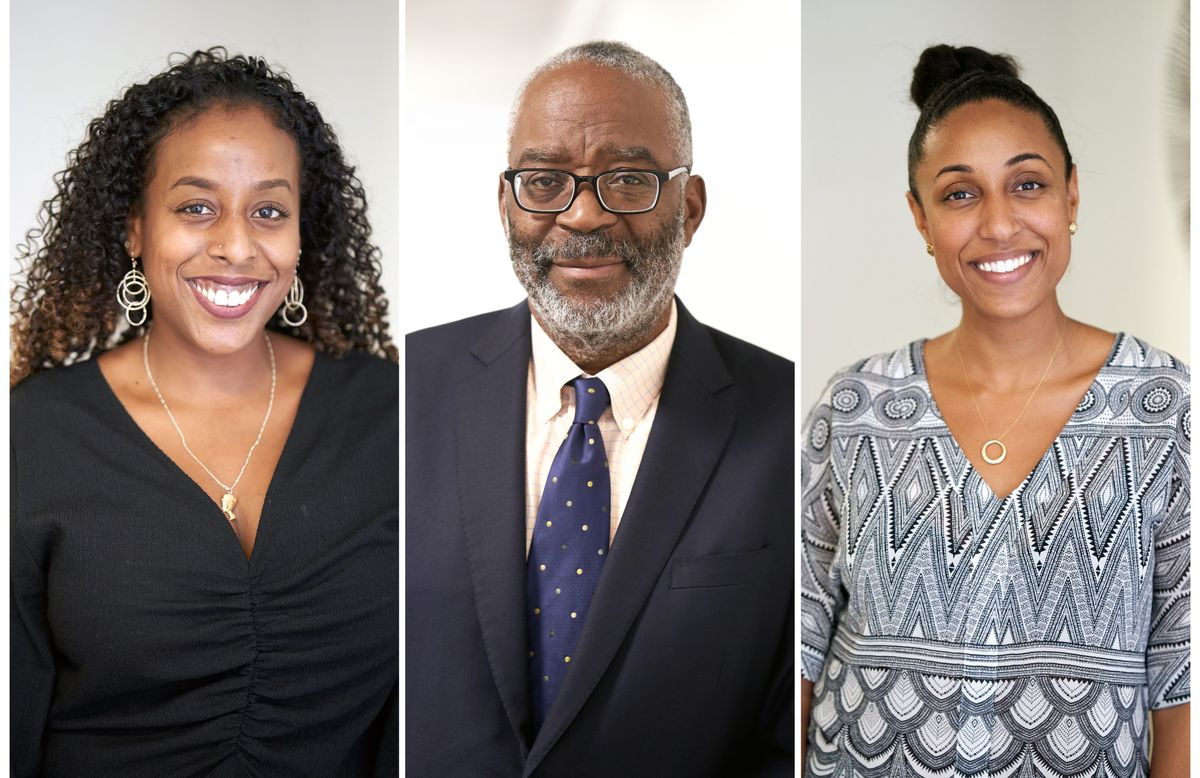 A recent anonymous gift of $800,000 will help the program continue to do just that, providing funding for the next two years, supporting 10 undergraduate fellows, 10 graduate students and two postdoctoral scholars per year.

The program functions on a mentorship model. Interested students share their research interests as part of a competitive application process. Those selected are paired with faculty mentors and their graduate students whose work intersects with those interests. Fellows get a stipend for their research work, which alleviates pressures on them to work jobs not related to their academic pursuits and instead more fully dedicate themselves to their career goals.

That was the case for current fellow Pearl Omo-Sowho, whose future plans are to become an OB-GYN, focusing on providing care for underserved communities and tackling maternal mortality and birth complications.

“We need more Black doctors,” said Omo-Sowho, who migrated to Oakland five years ago from Nigeria where she was born. A community college transfer student, she’s graduating from UCLA this year with a degree in human biology and society and minor in African studies.

Omo-Sowho’s motivation comes from a personal place. She was delivered by a midwife, and complications during her birth left her with a mostly immobile right arm to this day. Omo-Sowho intends to return to her birthplace and create a midwifery training and birthing center. It’s important to give back, she said, because there are gender disparities in her home country, something Omo-Sowho experienced on a personal level. Her older brother, born with a similar complication at birth, had more access to medical treatment and corrective therapies.

Her mentor is Ketema Paul, professor of integrative biology and physiology. Omo-Sowho is working with him on a study that could yield new treatments for sleep disorders.

“We’re learning that it’s people of color who have higher rates of sleep disorders because often they’re working more than one job, working two or even three jobs,” Omo-Sowho said. “Whatever we’re finding is going to have a good impact on people of color.”

As much as Omo-Sowho is learning from Paul, the benefits flow in all directions, said Tabia Shawel, assistant director of the Bunche Center, who works closely with the Fellows.

“There’s support all around, from the mentor to the fellow, the fellows to each other, and the mentor or teacher is at the same time benefiting from having bright people who are committed to assisting with their work,” Shawel said. “And we’re really big on building bridges between north and south campus, between the professional schools and the social sciences and hard sciences.”

Researching in a changed world

Like everything, it’s been a challenging 12 months for the fellows, working, researching and studying remotely. In past years they’ve enjoyed outings together, like visiting the set of the sitcom “Black-ish” or attending local events together. Last year the fellows launched a research symposium to present their works in progress, a valuable skill in the world of academia.

At 19, second-year psychobiology student Shane DeGrace is the youngest of the current fellows. His faculty mentor is Vickie Mays, professor of psychology and health services and the special advisor to Chancellor Gene Block on Black Life at UCLA. 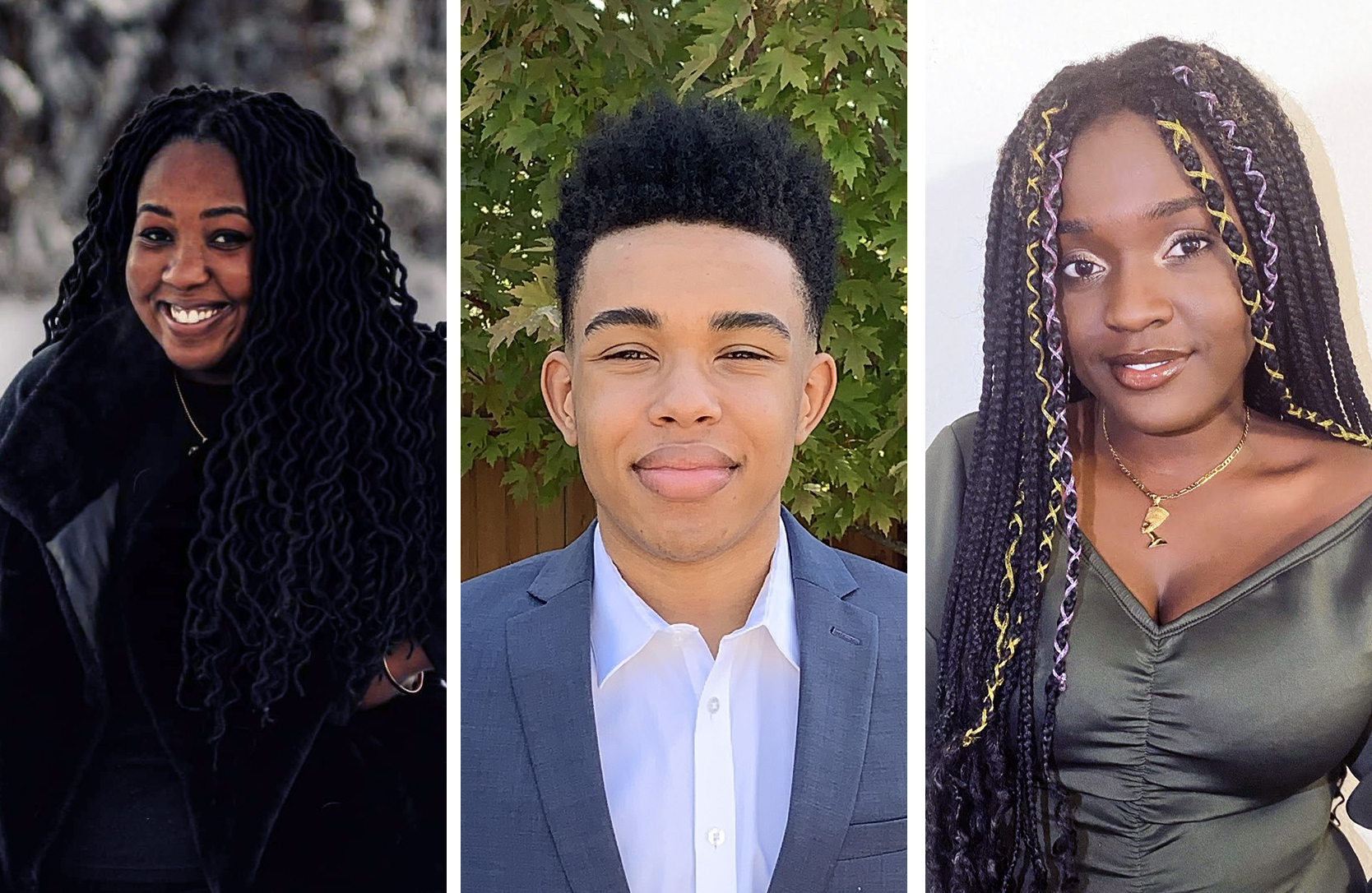 Researching and studying through a pandemic, paired with one of the nation’s top scholars on racial disparities in health, has reaffirmed DeGrace’s commitment to becoming a doctor and given him a new lens through which to view issues facing Black communities. He is working with Mays on a project analyzing the present-day social, material and economic well-being of Black males with or without a history of incarceration. He’s also been inspired by Mays’ research into how the pandemic has disproportionately affected communities of color.

“To gain experience and technical skills related to the social sciences has been really important and I’m interested in both a health career and a career in research due to this program,” DeGrace said.

The Bunche Fellows Program is committed to supporting fellows at all levels, from undergrads like DeGrace to postdocs who are poised to take their place in the academic pipeline. Thanks to a renewed commitment from UCLA, the roster of postdocs will grow — with five more spots promised over the next five years.

Securing postdoctoral grants is important for scholars with an ambition to move up the academic ladder, but some postdoctoral positions often result in isolating work environments on campus, said Farzana Saleem, one of the first Bunche Fellow postdocs. She found the opposite to be true at UCLA, she said.

“The Bunche Fellowship/UC Chancellor’s Fellowship was my second postdoctoral position and with it I really felt like I was merged in a community where I had support, from staff and faculty and fellow students,” she said.

Saleem and other postdocs from across campus recognized the leadership of Bunche Center director Kelly Lytle Hernández, who spearheaded the creation of the fellows program. Last year they collectively nominated her for a University of California mentorship award.

Saleem’s research faculty mentors were Audra Langley and Tyrone Howard, co-directors of UCLA’s Pritzker Center for Strengthening Children and Families. Under their guidance she was also able to use her doctorate in clinical community psychology from George Washington University to lead a research study focused on school ethnic-racial socialization within Los Angeles public schools. Additionally, as part of the UCLA TIES for Families clinic, she offered therapy to Los Angeles kids and families in the foster system.

Saleem said her time as a Bunche Fellow was instrumental to her ability to navigate the academic job market and ultimately secure a faculty position at Stanford University.

The program is all about the notion of “each one, teach one,” Allen said.

“In a sort of African way, we’re forming a circle rather than a hierarchy,” he said. “The true expert in the circle is the person who can guide the rest of us. It’s been extremely gratifying to see instances where even those newly minted undergraduate Bunche Fellows have expertise in areas and experiences that educate the rest of us.”