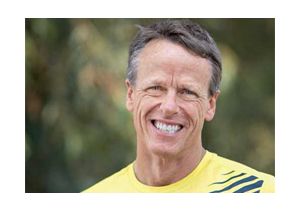 Ann Johansson/UCLA
When Craig Mann was diagnosed with prostate cancer, UCLA’s novel shared decision-making program helped him, working closely with his physicians, to make the choices he felt were right for him.

Craig Mann was bewildered enough when he was diagnosed with prostate cancer late last year. The 54-year-old Lake Forest, Calif., man is a laboratory scientist who takes good care of himself, eating healthy foods and participating in marathons and triathlons. He was certainly unprepared to hear that he had cancer.

But the diagnosis was only the first blow. Mann was taken aback by the numerous and different treatment options doctors presented to him. A urologist recommended surgery. A radiation oncologist recommended radiation therapy. Each option had pros and cons. Mann’s primary-care physician suggested he consult with experts at UCLA. That’s when he encountered a novel program designed precisely for people like him who are standing at the crossroads of complex medical decisions. Before attending the consultation, Mann was advised to respond to a questionnaire to help him learn about prostate-cancer treatments and think through his choices.

“That was helpful for choosing what was important to me,” Mann said. “The survival statistics are really good for this cancer. But I was most concerned about quality-of-life issues. The survey was a way to think about everything and hone in on my priorities.”

Shared decision-making is a concept that’s gaining traction in medicine, particularly in areas of health care, where patients are presented with more than one reasonable treatment option. The programs, which feature patient-education tools such as online surveys and videos, have several goals. One is to help people thoroughly understand their choices and assure them that they are making informed decisions. Another major objective is to curb health care costs by sometimes steering people away from expensive treatments that are unlikely to result in better health or improved patient satisfaction.

The time appears to be right for the emergence of formal shared-decision-making programs. The concept is written into the Affordable Care Act as an objective of good health care and has been promoted by major U.S. health care organizations, such as the Institute of Medicine, for more than a decade.

Up until just a few decades ago, not only did patients yield nearly all decision-making to their doctors, but also they were often not even told all of the facts about their conditions. “For example, in the ’50s, it was considered ethical to withhold information that a patient had terminal cancer,” said Dr. Saigal. “Because treatments were limited, it was considered too cruel to fully inform a patient. We’ve come a long way from this paternalism since then.”

In the late 20th century, a patient-empowerment movement began that demanded shared decision-making as a basic tenet of health care; however, that trend emerged at a time when physicians, faced with growing demands for health care and a surge in new tests and treatments, had less time than ever to spend in conversation with patients.

“At a time when patients wanted more and more information, doctors and health care systems were less and less able to respond to that,” said Dr. Tom Rosenthal, chief medical officer for UCLA hospitals. “Shared decision-making doesn’t replace the doctor-patient relationship. But in an era when doctors are, in fact, substantially more stretched for time, it is good to have tools to help them leverage their time with patients.”

UCLA’s Department of Urology began offering a shared decision-making tool for men with prostate cancer in 2013. Department staff plug in data about the patient’s diagnosis, such as the “aggressiveness” score of the tumor, test results, age, race and other medical conditions — all things that could affect the treatment decision. After the patient completes a 15-minute survey regarding his preferences, the resulting report is sent to the doctor ahead of the scheduled consultation, during which the physician and patient meet to discuss the options.

An even-more-elaborate shared decision-making program is underway at UCLA for patients with painful chronic conditions, such as hip or knee arthritis, spinal stenosis or herniated disc. UCLA is one of 20 participants in a national study on shared decision-making called the High Value Healthcare Collaborative. Funded by the national Centers for Medicare and Medicaid Services and led by the research team at Dartmouth, the study is a rigorous test of the potential benefits of shared decision-making.

“We’re focusing on preference-sensitive decisions,” said Dr. O. Kenrik Duru, associate professor of medicine, who is participating in the study. “In the case of advanced knee arthritis, a knee replacement won’t extend life and it involves surgery and rehabilitation. Would you rather manage your pain with conservative care or go with joint replacement? That is patient preference.”

Study participants watch a video that was produced for the study. The video depicts actual patients who discuss their condition and how they arrived at their various choices. The video describes treatment options and the pros and cons of each. After watching the video, patients participate in a 45-minute-telephone or in-person discussion with a health coach who helps them distill the information.

“We make it very clear to our patients that we are coming from a neutral, unbiased stance, and we are here to support our patients,” said Stephanie Ackerman, a health coach in Dr. Duru’s office. “Our sole objective is to help them make the best decisions for themselves through information and analyzing various demographics that matter to them — income, support, etc.”

After the session, the health coach enters notes in the patient’s file to inform the physician of which treatment option the patient is leaning toward. But no decision is made until the doctor and patient confer.

“The goal is really to provide the care that patients feel is best for them and to make sure that they fully understand the pros and cons of their options,” Dr. Duru said. There’s a phrase that sums up the intent of the program, he adds: “No decision about me without me.”

Craig Mann agrees that informing patients in a systematic way is the right thing to do. After completing the survey and discussing the alternatives with his fiancée, he met with Dr, Mark Litwin, chair of the Department of Urology, to discuss the options.

“We talked it over, and I decided to choose surgery,” Mann said. “The doctor has the bigger picture and is going to know more than anyone else. The whole process helped me think about everything and decide on my priorities and make the choice that was right for me.”

This was excerpted from a story that appears in U Magazine. See the complete story here.