Cheryl Keyes, professor of ethnomusicology in the UCLA Herb Albert School of Music, has spent her entire life surrounded by performance and composition. Growing up in southern Louisiana, she began studying piano at the age of 7 and imitating singers like Fontella Bass, Aretha Franklin and Ella Fitzgerald.

Inspired by her saxophone-playing older brother and her love of jazz and film scores, Keyes started writing her own songs in high school and went on to study music education and performance at Xavier University of Louisiana, located in New Orleans. She has performed with many groups, including the Women’s Jazz Orchestra of Los Angeles at the Hollywood Bowl and the All-Girl All-Star Invitational Band at the Wichita Jazz Festival, and is the recipient of an NAACP Image Award in the category of “Outstanding World Music Album” for her debut CD, “Let Me Take You There.”

While the traditional music education she received focused heavily on European classical music, Keyes says she was fascinated with the history of jazz and other “black forms of music.” Disappointed with the lack of published work on black music by black researchers, Keyes earned her doctorate in ethnomusicology to pursue such research herself. During her studies, she conducted fieldwork on rap music in New York and her dissertation and follow-up research led to her book, “Rap Music and Street Consciousness,” and made her the first scholar to conduct ethnographic research on rap music.

Keyes continues to balance her love of research and performance, and recently released a new two-song album called “Hollywood and Vine.” She talked with UCLA Newsroom via email about this latest musical project and her foray into “nu-disco” and “trans-Atlantic house.”

In academia you have worked in the genres of rap and hip-hop in addition to jazz and funk. Why did you transition from a more jazz sound on your debut CD to an electronic disco sound for this project?

Considering my overall knowledge of black music as both scholar and practitioner, it was only a matter of time before I segued to an electronically produced sound. Hip-hop music exploits technology to recycle pre-existing beats and to morph the old into something fresh and new. It has had a profound impact on dance music genres like disco, house, techno, etc. The pioneers of electronic dance music came from New York City, hip-hop’s mecca, to Chicago’s house and Detroit’s techno. EDM makes one want to move the body, dance and just feel good. As I have kept up with rap music and hip-hop, I have come into contact with sound engineers who have dabbled in EDM, where knowledge about certain music and production software is a must. With an engineer who knows the latest music production software, I am able to create, write and record what is in my head ad infinitum. I become a kid in a candy store. This technology has brought about the end of paying lots of money to hire an ensemble of string and orchestra musicians.

During the test listening of the early mixes of the song “Want You,” several people kept referring to the song as “house” in style. As I began listening to house music, I took note of its beats per minute and the hi-hat subdividing of the downbeat. However, I did not like the generic synthesizer hi-hat sound in the initial mix. I decided to replace this with a live drummer. I kept hearing African-based percussion such as the shekere to replace the typical hi-hat sound. When I approached the acclaimed percussionist Munyungo Jackson, he gave me exactly what I wanted on the shekere plus on the cabasa, and he also threw in extra with the vocal breaths, shakers and the wood block. The wood block plays a tresillo rhythmic pattern, quite omnipresent in New Orleans R&B and parts of the Caribbean. Drummer Christian Euman gave me a bit of live hi-hat, crash symbol and the off-beat pattern I conceived near the growing intensity of “Want You” as the strings crescendo with the final climax. With all of these intracultural ingredients, I found it fitting to call it “trans-Atlantic house.” 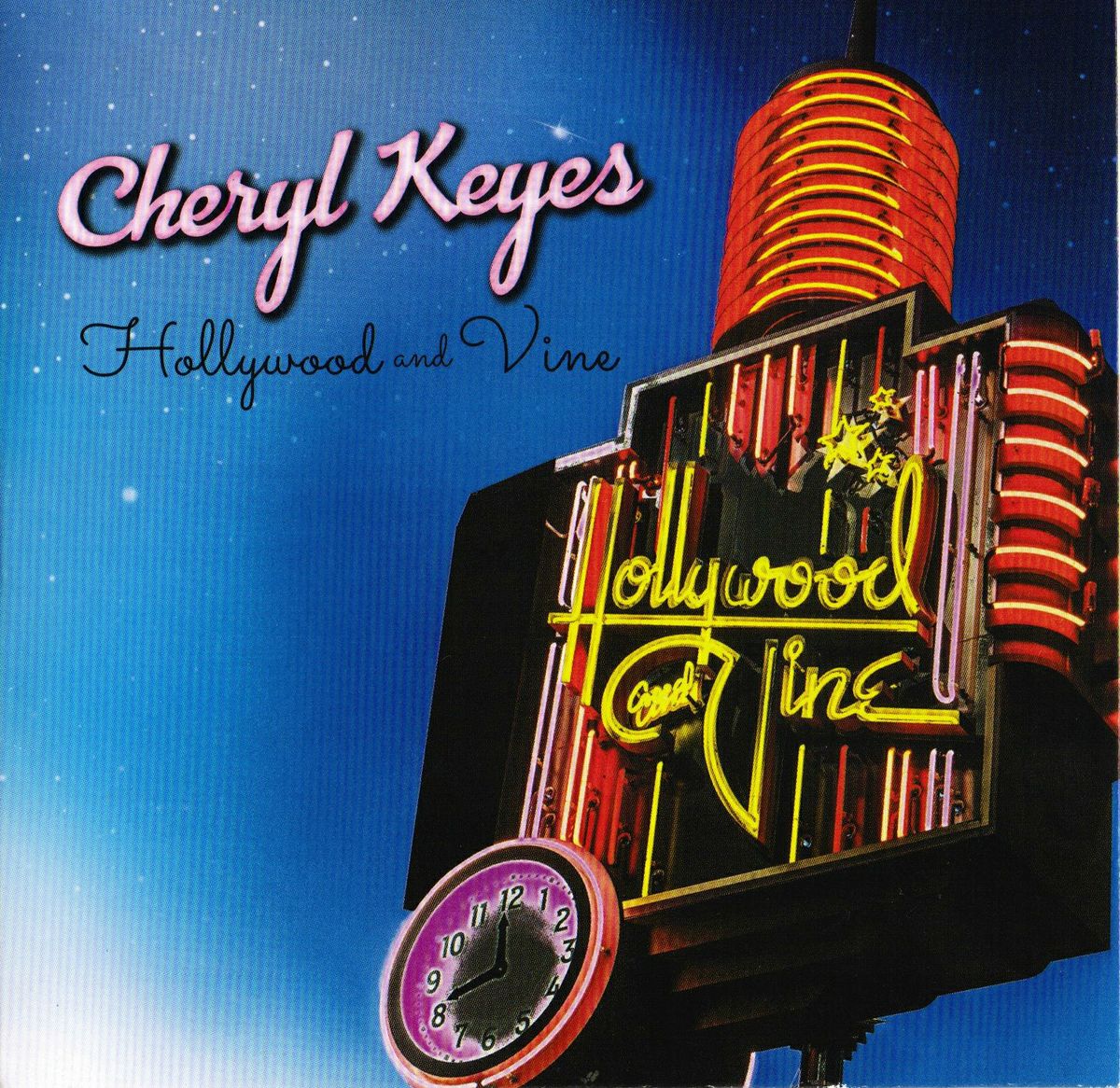 About three years ago, I was on an emotional roller coaster in my professional life. All of my creative juices seemed to be blocked by all of this negative energy. It wasn’t until the founding dean of the Herb Albert School of Music, Judi Smith, came in with a vision that would foster performance, composition, teaching and research. This new energy was a renaissance for me in a musical-creative way.

“Hollywood and Vine” was inspired by a comedy-horror-romance called “The Greasy Strangler.” I capture the love triangle in the song “Hollywood Vine” with the second verse: “two for the price of one but who will win.” The father’s desire for this woman is referenced in the lines “a chance of life with you, how long has it been, since I have not felt this way in a mighty long time, surrender to my love and make my world sublime.” The young, carefree, sexually liberated woman is captured in the lines “what is your pleasure, got nothing to lose.”

Of course, the second song, “Want You,” was meant to be nuanced and sensual. The vocal stylings drew upon influences ranging from Marilyn Monroe’s famous “Happy Birthday” to President John Kennedy and, of course, Donna Summer’s inspired orgasmic moans in her classic “Love to Love You Baby.”

In creating the music, I drew from my knowledge of disco. I recalled the infamous club, Studio 54, a place of hedonism where pleasure-seeking folks freely explored sexuality, drugs and simply getting high off intensified pounding bass drum beats. I drew upon the music of Barry White and his Love Unlimited orchestra, the power house musical arrangements of Philadelphia International Records, the synthe-funk sounds of SOLAR’s Midnight Star and a bit of European-produced disco of the Giorgio Moroder’s and the like.

I grew up watching Star Trek with my dad and as a fan the line “take me up, beam me up, beam me up Scotty” in “Hollywood Vine” jumped out at me. I also study French so including French dialogue in “Want You” also caught my attention. Can you tell me about the process of choosing details like these for your songs?

In my vocal ad lib, I did take time to conceptualize what I wanted listeners to hear.  When I did my initial field research in New York City, many hip-hop MCs used Captain Kirk’s line in Star Trek  “beam me up Scotty” to refer to those who were lighting up crack pipes and getting high. However, here I was not using this line in that way. Rather, I was playing on the hedonistic culture of disco, where dancers sought euphoria on the dance floor, induced by the pulsing bass drum on all four beats, the mirror balls, the continuous music of the DJ.

The use of the French dialogue in “Want You” can liken to Patti Labelle’s “Lady Marmalade” with the lines “voulez-vous coucher avec moi ce soir.”  Of course, the male dialogue was given more of an authentic approach, translating the English to French.

It’s hard to gauge. But for those who have listened to “Hollywood and Vine,” they love it! Their compliments range from “awesome” to “this is a hit!” In the music industry for independent artists, you are appreciative and humbled by folks taking the time out to appreciate your art.

What was your favorite part about doing this?

Recording in the studio is an organic process; it helps me exhaust my creative imagination of sound.  With music software I can simply compose quicker and hear and see the results immediately. Finally, it was nice to produce for the first time. I learned so much from the producer and engineer of my debut CD. This time, I was in the driver’s seat letting the sound engineers know how much or how loud, telling them to bring up the sound in the mix or put a little reverb here and negotiating sound ideas with them. I loved this!