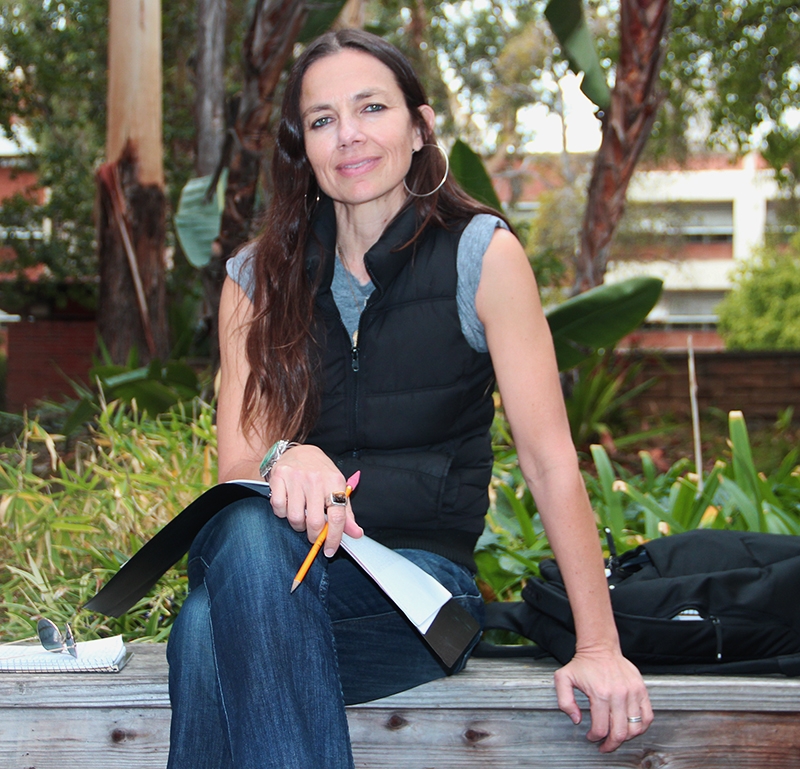 Rebecca Kendall/UCLA
Justine Bateman, 47, is currently a sophomore at UCLA. She is working toward a degree in digital media management and computer science.

Coming back to school after years — or decades — away from the classroom can be a daunting experience, but Hollywood actress-turned-television-writer-and-digital-media-producer Justine Bateman is proof-positive that it is never too late to pursue a UCLA education.

In fall 2012, Bateman, who starred as Mallory Keaton in NBC’s hit show “Family Ties” 30 years ago, became a UCLA freshman at 46 years old, making her among the oldest UCLA freshmen ever enrolled. She is now earning kudos from professors as a second-year student pursuing a bachelor’s degree in digital media management and computer science.

Bateman’s decision to return to school at this point in her life exemplifies how she is breaking boundaries, exploring new territory and refusing to settle for the status quo. With this same spirit, she has now designed her own independent degree program and is working to innovate new ways in which people interact with digital media.

“Justine is one of the most terrifyingly motivated students I’ve ever had,” said UCLA English professor Michael Colacurcio, who is marking his 50th year in the classroom, nearly 30 of which have been at UCLA. “She is the kind of student that you pray for,” said Colacurcio, who was Bateman’s first professor at UCLA and the primary advisor for her independent major.

Bateman, now 47, audited several classes before deciding UCLA was the right place for her. She acknowledges that while she could have spent two years in community college before applying as a transfer student, the full four-year undergraduate experience was important to her.

“When I was accepted, I was thrilled,” said Bateman, who, in addition to being a Golden Globe- and Emmy-nominated Hollywood actress, has also been a television writer; CEO and designer of her own fashion brand; a writer, producer, director and partner at an Internet content production company; and head of her own digital media production and consulting firm.

She is now well on her way to realizing her goals with a carefully crafted and newly approved independent major that blends core computer science courses with classes in economics, business management, technology and public policy. She intends to use this customized educational program to leave her mark on the digital entertainment world by identifying new and improved ways for people to enjoy and interact with online entertainment. She sees touch pad technology and augmented reality as having enormous potential in her work.

“I want to understand everything — how the coding works and the economics behind a project,” Bateman said. “I already understand people and why they do the things they do, how to work in a business environment and the politics involved. I have all these ideas for projects, and I have connections in the advertising and production world, with writers, and now with my classmates I have a fantastic selection of software and hardware engineers to come help on projects.”

In addition, Bateman is further developing her skills through internships and networking with people who work in technology and investment.

“I can have all these ideas, but it’s really great to understand the technology that’s necessary to make them happen,” she said. “With this major, I’m exactly where I need to be.” 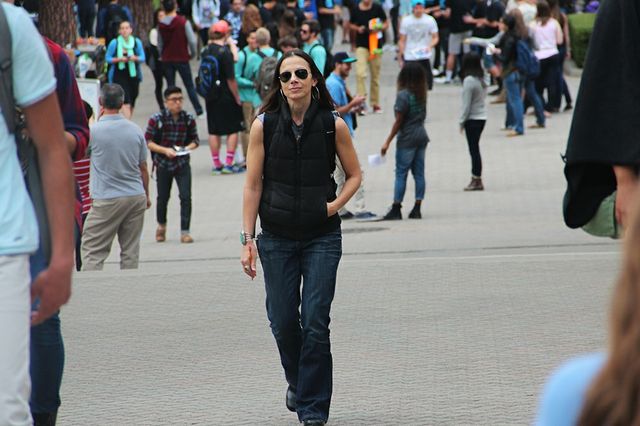 Rebecca Kendall/UCLA
Bateman makes her way up Bruin Walk. She intends to use her UCLA education to leave her mark on the digital entertainment world by enhancing the way users interact with online content.

​Bateman first applied to college on the East Coast when she was 17. But her hopes were dashed by the supervising producer on “Family Ties” who informed her that her plan to study there and return to Los Angeles for occasional filming wasn’t an option because she was still under contract with Paramount Studios.

“School had always been the most important thing to me. I really enjoyed it and did well in it. And so, of course, my plan was to go to college. It just never occurred to me that I wouldn’t be able to go. It never crossed my mind.”

Now, 30 years later, she’s taking it all in stride.

Undergraduate students who are above the average age and in their 30s, 40s, 50s and beyond are an important part of our campus fabric, said Gary Clark, UCLA’s director of undergraduate admissions.

In addition to bringing myriad life skills, older students contribute greatly to the diversity of UCLA because they offer a broad variety of personal experiences, backgrounds, interests and worldviews that add depth and perspective both inside and outside the classroom, said Clark.

For Bateman, college life has been rewarding and has allowed her to share another side of herself by way of Get A College Life, a blog she started at the urging of friends and acquaintances. Besides including her personal reflections and experiences, her blog highlights the stories of nearly two dozen Smarty Pants Women from the United States, Canada and the United Kingdom, who like her, have hit the books in pursuit of postsecondary degrees later in life.

“Sometimes you have to overcome scheduling challenges, family responsibilities, financial and social challenges to do this, so I thought it would be nice to air some of the stories these women have,” said Bateman, a mother of two children, ages 10 and 11. “Some of these stories are kind of intense. It’s a big deal for anyone to do anything that everyone else around you is not doing at the time. Sometimes you feel alone, but it’s important to know that you’re not and that you can be successful.”