As school began last September, newspapers were once again filled with stories of the poor academic achievement among African-American and Latino students.

“Good News Can’t Disguise Achievement Gap” read the headline of a story in the San Francisco Chronicle that detailed low levels of achievement among black and Latino students. There were dozens of similar stories in newspapers and news broadcasts across California, just as there were last year and the years before that.

While these stories are not inaccurate or unimportant, they do little to provide insight into the lives of students of color, the strengths they have, and what might really encourage and help them to succeed. Worse yet, as with the continual stream of stories about crime and violence, these stories reinforce a negative image of youth of color, and especially young African-American and Latino males. 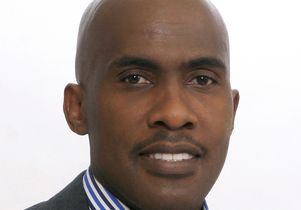 “Teachers often see and hear the doom-and-gloom statistics. These young men drop out of school at higher rates, are suspended and expelled at higher rates, and end up incarcerated at higher rates,” said UCLA education professor Tyrone Howard. “When you consistently hear these statistics, and then one of these young men walks into your classroom, that view is already in your mind and you expect that negative behavior. They almost walk in with two strikes against them and have to prove that they’re not like the stereotypes. That needs to change.”

Changing that narrative is keeping professor Howard quite busy these days. Howard heads the Black Male Institute at the UCLA Graduate School of Education and Information Studies. The institute is focused on finding ways to propel black male youth to college and prepare them for success in academia and professional life.

As the founding director of the Black Male Institute at UCLA, Howard has established a long-term study of life trajectories for young men of color. The institute has created opportunities for UCLA undergraduate and graduate students to engage in the research process as well, through initiatives such as Project Lumina, established in 2010 to examine black male retention at UCLA. One course, “Blacklimated,” helps freshmen and transfer students become acclimated to UCLA and learn about important resources that are available to them on campus. A counterpart course for black female students, “Sister-to-Sister,” was established in 2014. The Black Male Institute Think Tank has brought together students, scholars, practitioners, policymakers and others to exchange research and ideas to support the success of young men of color since 2011.

In the wake of recent acts of violence against young men of color, this work has taken on a new urgency, and Howard’s research has increasingly taken on national significance.

“It’s important for the entire nation to develop a healthier and holistic view of who young men of color really are, and to begin to say that we need not be fearful of them,” said Howard. “I want to believe that most of the young men of color that we see in schools are more like these young men we work with here at UCLA."

In 2015 Howard established the CounterNarratives Project to understand the elements of success in the lives of young men of color and build awareness of the unsung stories of their achievement. With funding from the California Endowment, the CounterNarratives Project identified and interviewed more than 200 young men, ages 14 to 18, who attend urban high schools in Los Angeles, about their lives and the factors that have contributed to their success. The data were gathered through in-depth interviews, focus groups, and observations at schools and various community-based sites.

The project takes its model from a similar study conducted by Shaun R. Harper, founder of the Center for the Study of Race and Equity in Education at the University of Pennsylvania. Howard serves on the advisory committee for Harper’s recent project, Research, Integration, Strategies, and Evaluation (RISE) for Boys and Men of Color.

“We spoke to the young men about how they described themselves and wanted to know about their success in three areas—home, school and their neighborhoods,” said Howard. “We wanted to know about the factors contributing to their success. We tried not to rely on the traditional notions of ‘high-achieving,’ meaning grades and test scores, but on what the real difference makers were in their schools, homes and communities.”

The research showed a combination of factors contributing to their success. Caring, consistent and committed adults made a big impact on these young men’s lives.

“A lot of it started in the home,” Howard said. “There was a lot of support at home despite the narrative that says young men of color don’t have positive role models there. They spoke of mentors: mothers, fathers and older siblings who played influential roles in how they thought about their own educational trajectories.” 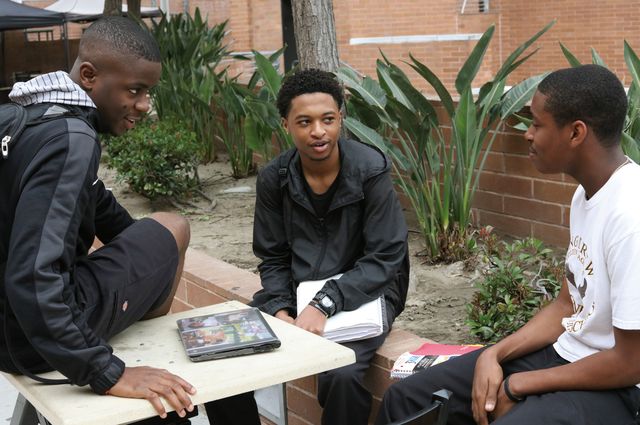 UCLA
Howard established the CounterNarratives Project to understand the elements of success in the lives of young men of color and build awareness of the unsung stories of their achievement.

School personnel also make a difference, whether they realize it or not. These young men attributed their success to key people at school, like a particular teacher who saw something in them, a counselor who took the time to invest in them, or an administrator who saw their potential and pulled them aside. “All it takes is one person who raises the bar and has expectations for a student and begins to guide and influence them.”

Additionally, the research indicated an important community component to the young men’s success. Churches were found to be big influences. All the research subjects showed a sense of pride in their communities. They acknowledged the fact that there were some challenges, but they didn’t want their neighborhoods defined solely in pathological terms. They saw the hope and resilience in their communities, and they wanted to help make their communities better as well.

“There is still a lot of fear, misunderstanding and ignorance that exists around young men of color,” Howard said. “We have a long and ugly history in this country of making certain segments of our population an ‘other,’ going back to pre-slavery with indigenous populations.

“People who have limited experience with young men of color think, ‘This is how all of them behave.’ We have to help practitioners, teachers and youth workers understand some of the root causes of why we see what we see with these young men.

“We know that mentors, structured extracurricular activities, caring teachers and committed adults make a huge difference, not just in the lives of these young men but for all students,” Howard said. “We need to put forth policy agendas that ensure that these kinds of supports are in place in communities across the country, so that we start to see a turnaround.”

This story appears in the fall 2016 issue of UCLA Ed&IS.