Dr. Gerald Levey, who led the transformation of UCLA’s hospitals and medical school into a world-class academic health system, died at home of Parkinson’s disease on June 25. He was 84.

Levey served the campus as vice chancellor of medical sciences and dean of the David Geffen School of Medicine at UCLA from 1994 to 2010. During his tenure, Levey amassed an extraordinarily long list of achievements, crowned by the construction of the Ronald Reagan UCLA Medical Center and the sealing of a $200 million gift to the UCLA School of Medicine by entertainment executive David Geffen.

“It’s not possible to say in a short time what Jerry Levey means to UCLA,” said Chancellor Gene Block. “He left us with a state-of-the-art hospital, an endowed medical school, five new research buildings and 100 endowed chairs. Many generations will reap the benefit of his vision, leadership and dedication.”

“Jerry didn't focus exclusively on buildings; he knew that a successful enterprise is built on talented, dedicated people,” said Dr. John Mazziotta, UCLA vice chancellor of health sciences and CEO of UCLA Health. “He invested in recruiting and mentoring excellent people. Everyone at UCLA benefitted from his vision and ability to lead.”

Levey’s leadership extended far beyond UCLA. He was a founding board member for the California Institute of Regenerative Medicine. And when the troubled Martin Luther King Jr./Drew Medical Center in South Los Angeles closed in 2007, Levey advised the Los Angeles County Board of Supervisors and the University of California Board of Regents to enter a partnership, leading to the hospital’s reopening in 2012.

Gerald Saul Levey was born Jan. 9, 1937, in Jersey City, N.J. In interviews, he said that his earliest memory was of wanting to be a physician like his pediatrician.

During his senior year at Cornell University, Levey met Barbara Cohen, who had been accepted to medical school. After Levey earned his medical degree from Seton Hall College of Medicine and Dentistry, the couple married in 1961, launching a partnership in family and career that spanned 58 years, until Barbara’s death in 2019.

Levey interned at Jersey City Medical Center and pursued a postdoctoral fellowship in biological chemistry at Harvard University. After a residency at Massachusetts General Hospital, he trained for four years at the National Institutes of Health. In 1970, Levey was hired as an associate professor at the University of Miami School of Medicine, where he was funded as a Howard Hughes Medical Investigator.

In 1979, the University of Pittsburgh recruited him to chair its academic medicine department and serve as chief of medicine at Presbyterian–University Hospital. In 1991, Levey surprised his colleagues by accepting a position as senior vice president of medical and scientific affairs at Merck & Co.

The enterprise Levey inherited in 1994 was massive: a medical school with more than 2,000 faculty and 725 students, and a health system of more than 75 community clinics and four hospitals on two campuses, treating 80,000 hospital patients and 1.5 million clinic patients per year. Levey was tapped as the single executive to supervise the entire operation and integrate its factions into a cohesive, well-run organization.

Levey couldn’t have picked a less auspicious time to join UCLA. Mired by budget woes, dwindling government funding and a low patient count, the health system struggled to finance its research and teaching programs while delivering care in a marketplace rocked by a recession and the onset of managed care. 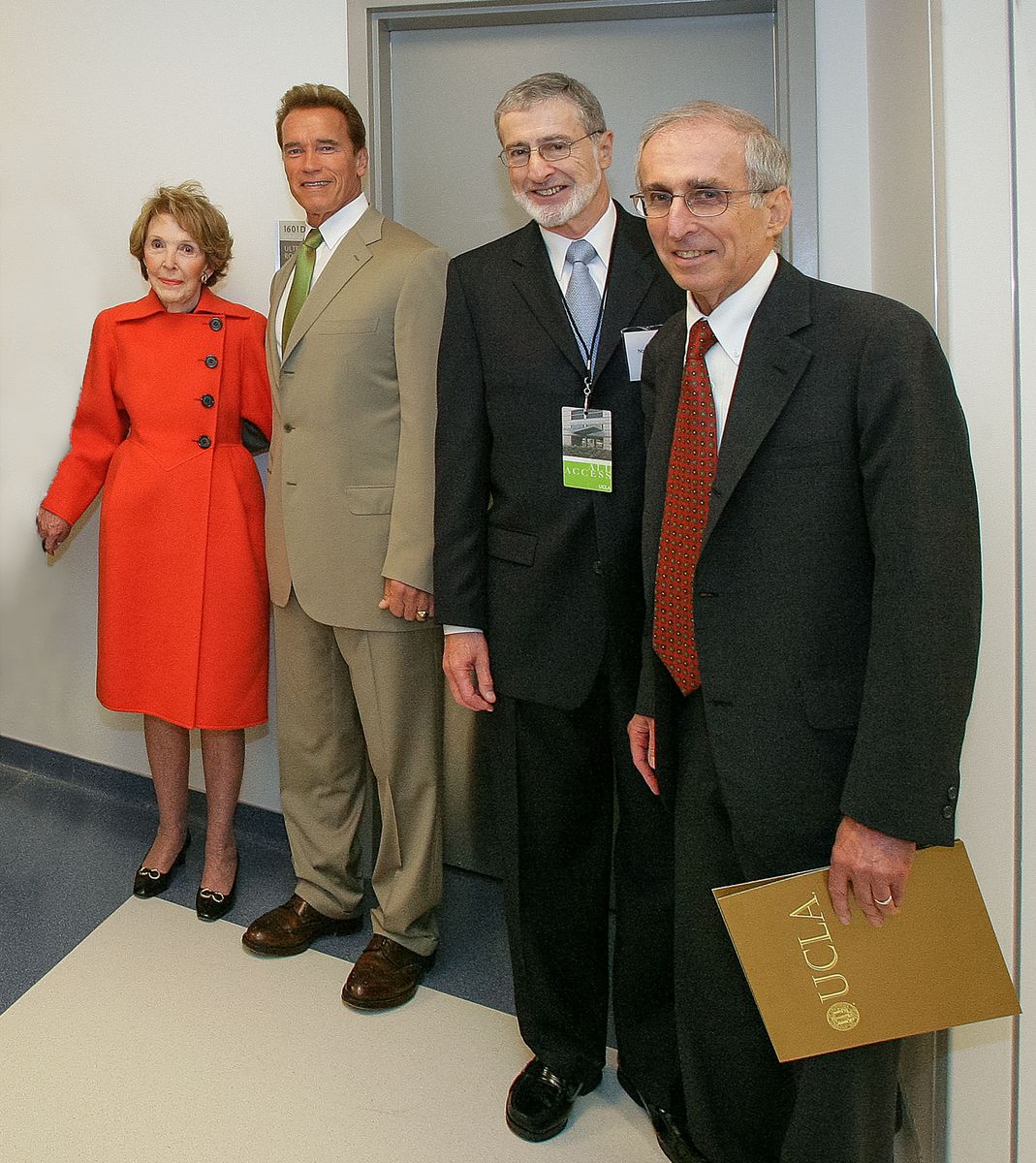 In addition, eight months before Levey arrived, the Northridge earthquake had damaged UCLA’s hospital building, which had opened in 1955, and engineers determined that the building would be unable to function in the event of another major quake. Levey was thrust into the unexpected role of overseeing the financing and construction of a new medical center. Famed architectural firms I.M. Pei & Associates and Perkins & Will designed the facility to anticipate the future demands of medicine and meet California’s rigid seismic standards.

Levey embraced the challenge with boundless enthusiasm. He led efforts that, from September 1994 through February 2010, raised $2.52 billion — with $300 million earmarked for the hospital — in part by cultivating personal relationships with Los Angeles business and philanthropy luminaries. He also persuaded the Federal Emergency Management Agency to allocate $432 million to the new facility, noting the indispensable role it could play in the aftermath of a future disaster.

When construction was finally complete, the logistically complex work of moving patients into the new facility remained. On June 29, 2008, Levey arrived on campus before 4 a.m. to rally thousands of staff and volunteers taking part in the effort. Dressed in sneakers and a Bruins baseball cap, he oversaw the seven-hour transfer by ambulance and gurney of more than 340 patients, including premature infants and critically ill adults in comas from the intensive care unit. By the afternoon, doctors had opened the emergency room for business and begun performing organ transplants and delivering the hospital’s first babies.

Levey never lost sight of the reason behind the hospital. “Thinking about all of the people whose lives will be better because of the care they receive here is a very humbling and rewarding prospect,” he said at the time.

Levey received numerous prestigious awards for his service, including the UCLA Medal, the university’s highest honor; the Charles R. Drew University of Medicine and Science Board Medal of Honor; and the American Jewish Committee’s award for distinguished leadership.

Levey is survived by his sister, Paula Westerman; his son, John, and daughter-in-law, Michele; his daughter, Robin Levey Burkhardt; and three grandchildren.