John Wasson, a world-renowned expert in meteorites and lunar rocks who had a mineral named after him, died at home in Los Angeles on Sept. 8. He was 86.

The professor emeritus of Earth, planetary and space sciences, helped devise modern chemical classifications for the space debris that can fall to Earth as brief fireballs or “bolides” big enough to create an impact crater. Wasson joined the UCLA faculty in 1964 and remained active on campus, cycling into his office every day, until a stroke slowed him down in January of this year. His impact though will last for years.

Wasson co-created the UCLA Meteorite Collection — the largest collection on the West Coast — and was a passionate promoter of science in California. When, in 1975, prospectors discovered a 38-inch iron meteorite in the Old Woman Wilderness in the Mojave Desert, so heavy it had to be excavated from a remote ravine by the U.S. Marines Corps, he corralled politicians from both sides of the aisle in the state legislature to ensure it remained on display in the Golden State rather than at the Smithsonian in Washington, D.C.

Today a slice of California’s biggest meteorite, known as the “Old Woman,” is proudly on display in the UCLA Meteorite Collection in the Geology Building.

“While his passion for science, eloquence and warmth transformed many UCLA faculty and students into cosmochemistry enthusiasts, his dedication to the meteorite gallery helped tens of thousands of visitors gain a deeper appreciation for the secrets of the solar system,” said Miguel García-Garibay, dean of the division of physical sciences.

“It is only fitting that his legacy and influence will remain forever in those celestial bodies, some of which, not surprisingly, carry the mineral ‘wassonite,’ a form of titanium sulfide that was named in his honor,” García-Garibay said.

Always a rebel, Wasson helped lead an insurrection still remembered in relevant scientific circles. In 1966, the enthusiasts who ran the venerable Meteoritical Society were swept away wholesale during elections and replaced by professionals — a sign times were changing, he said later. And for the next five decades at UCLA Wasson helped remake the science behind the global study of meteorites.

It was not the obvious career plan for a “curious fellow” born in Springtown, Arkansas (population: 100) in 1934, auspiciously on July 4 – “he grew up thinking the fireworks were for him,” his relatives joked.

The boy milked cows on the family farm and learned his letters in a one-room schoolhouse. His mother, Ruth, a teacher, made sure he had plenty of books and laid the path to University of Arkansas in Fayetteville, where he fell in love with the magic of chemistry.

Wasson shone and chose to study at the Massachusetts Institute of Technology over Harvard for his doctorate because it offered $10 a month more in study support. But Wasson’s heart always remained close to home; throughout his life he campaigned with familiar energy to preserve Arkansas rivers from developers and polluters.

After graduating from MIT in 1958 he spent time studying in Munich, Germany, where he met a university student named Gudrun Hanewald who 18 months later became his wife. They had two daughters Christina and Kerstin. They moved into a “cozy” home in Westwood and never left.

Alan Rubin, co-curator of the UCLA Meteorite Collection, said that over the decades his colleague’s work evolved through three areas of interests.

“He arrived at UCLA at the right time, during the NASA Apollo missions to the moon when scientists were for the first time able to study lunar samples brought back from the surface,” Rubin said.

Wasson’s background in nuclear chemistry allowed him to take advantage of a special UCLA facility — a graphite-modulated nuclear reactor in a sealed-off corner of Boelter Hall. It had the power of about 100 toasters until it was shut down in 1984, prompted by terrorist fears in advance of the Summer Olympics. 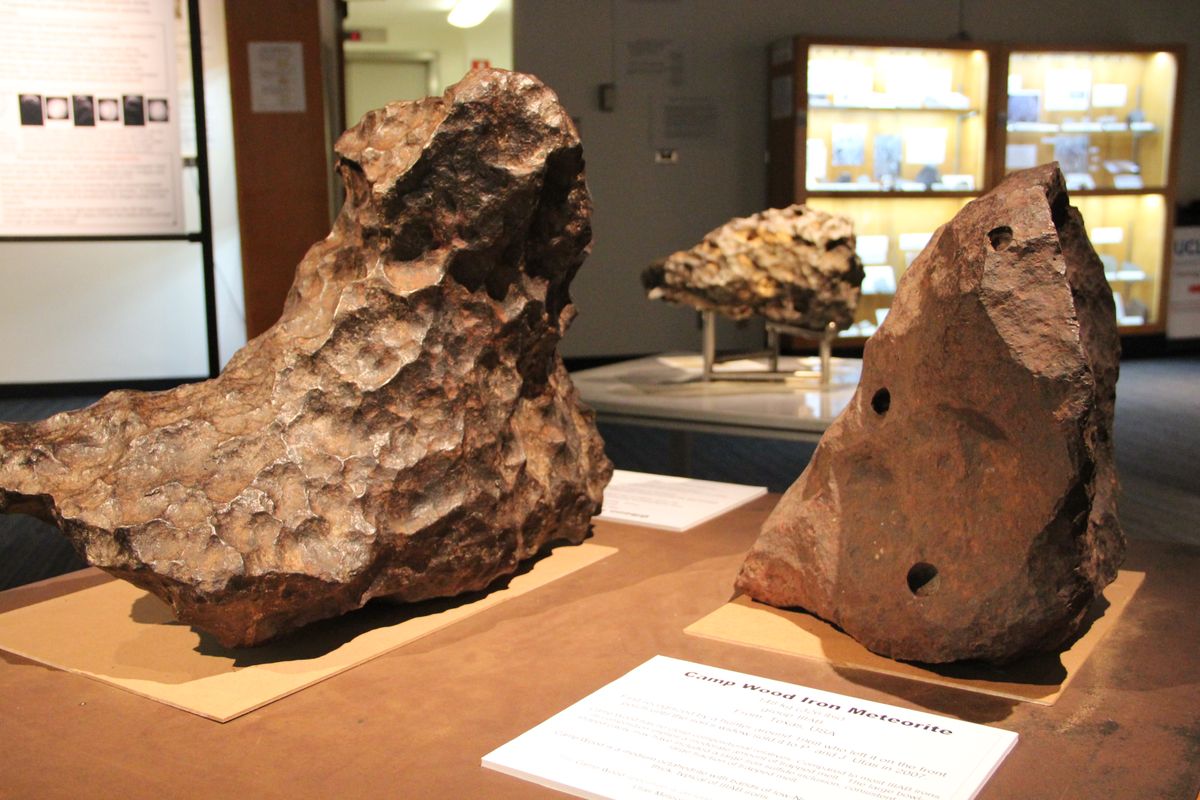 Christelle Snow/UCLA
Located in room 3697 of the Geology Building, UCLA’s collection contains more than 2,500 samples from about 1,500 different meteorites.

His chemical approach resulted in a memorable acronym KREEP, constructed from the letters K (for potassium), REE (rare-Earth elements) and P (phosphorus). It is the geochemical mixture found in some lunar rocks that supports the hypothesis that the moon was originally a ball of hot magma rather than an always-cold rock.

Wasson became a global leader in the study of meteorites, and what they reveal about the formation of the solar system, Rubin said. Wasson wrote two books and published more than 300 articles on the chemical and petrologic properties of meteorites.

He became president of the Meteoritical Society and was awarded its highest honor, the Leonard Medal, in 2002. That was followed the next year by the J. Lawrence Smith Medal from the National Academy of Sciences.

Wasson became a leading expert in the relatively rare iron meteorites and the more common but amazingly varied form of space rock known as chondrites. He remained fascinated by chondrules, tiny round grains found inside chondrites, which are amongst the oldest and most basic building blocks of the solar system. He argued they were formed by repeated melting, maybe by lightning, and then stuck together within ice and dust on an asteroid.

Wasson went hunting in Thailand and Laos for these gravel-sized glass fragments created when a meteorite hits the ground.

He found they could be dispersed across a massive area, as much as 100,000 square kilometers. He argued that could be caused by air-bursts, in contrast to the classical narrative of cratering events.

“John was not frightened of controversy or crossing traditional disciplinary boundaries,” McKeegan said.

“At the same time, he was very sociable, with an appreciation of good wines from his time in Europe, which proved very useful when we hosted the Meteoritical Society conference on campus in 2002!” McKeegan said.

Those who wish to donate in the name of John Wasson can contribute to the Meteorite Gallery at UCLA or to the Flint Creek Preserve in Arkansas.

Editor’s note: The date of John Wasson’s death has been corrected.