Lloyd Cotsen, former chief executive officer and chairman of the board of Neutrogena Corporation and longtime philanthropist to UCLA, died at his Beverly Hills home on May 8. He was 88. 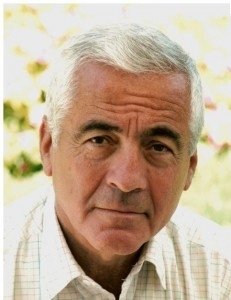 “We have lost a dear member of the UCLA family, one whose philanthropic vision helped UCLA become a premier center for archaeological research and education,” UCLA Chancellor Gene Block said.

Renamed in Cotsen’s honor after he established major endowments in 1999, the Cotsen Institute of Archaeology at UCLA is a renowned research organization dedicated to the creation, dissemination, and conservation of archaeological knowledge and heritage.

“We owe so much to his personal involvement and his generosity, which includes his financial largesse, but, most of all, his love for archaeology and his critical support of the institute,” said Willeke Wendrich, director of the Cotsen Institute and a UCLA professor of Near Eastern languages and cultures. “The students who have never had a chance to meet him should know that this was a man who paired business acumen with wisdom and a great sense of humor.”

Born Feb. 25, 1929, Cotsen grew up in New Jersey. After graduating from Princeton with a degree in history, he served in the Navy during the Korean War. He later returned to Princeton to study architecture, and during the summer of 1954, he worked as field architect at an archaeological site in Lerna, Greece. That was the start of his lifelong passion for archaeology.

Cotsen once explained his love of the field to UCLA Today: "It's an adventure story. The real thrill is being out there, seeing and touching and feeling what remains of a group or culture. It gives you a different view of the world."

After marrying Joanne Stolaroff in 1953, he enrolled in the Harvard Graduate School of Business and later went to work for his father-in-law’s cosmetic company, the forerunner of Neutrogena. Although he had to shelve his plans to become an archaeologist, he never lost his passion for the field and continued to work on excavations in Greece and Italy. Cotsen retired as chairman of Neutrogena in 1994 when the company was sold to Johnson & Johnson.

After retirement, Cotsen founded the Cotsen Foundation for the Art of Teaching in 2001 and directed his philanthropy to a number of other areas, including folk art and children’s literature. He was active in numerous local civic and charitable organizations, serving on the boards of the Ahmanson Foundation, the J. Paul Getty Trust, the Skirball Cultural Center, and the Huntington Library, Art Collections and Botanical Gardens.

On May 27, 2008, Chancellor Block presented Cotsen with UCLA’s highest honor, the UCLA Medal, at a ceremony at the Chancellor’s Residence where he was praised for being a creative philanthropist, engaged civic leader and champion of the arts and education.

“Your endowment of UCLA’s Cotsen Institute of Archaeology reflects your passion for understanding the past, your belief that archaeology can positively impact people’s lives and your vision to create and sustain the world’s best archaeology research and teaching program,” the medal citation read. “For your generosity and devotion to excellence, we proudly bestow upon you the UCLA Medal.”

A full obituary about his life has been posted in the Los Angeles Times.