For at least a century, immigrants to Los Angeles have gravitated to distinctly ethnic areas — Boyle Heights, Highland Park, Chinatown, to name three. Although these new Angelenos often had to contend with high crime and poor access to public transit, they established close-knit communities, and many built thriving small businesses.

However, as these communities rapidly gentrify, spurred in part by extension of the region’s rail network, soaring rents are pushing out the newest generation of immigrants and threatening their businesses.

Upscale restaurants that cater to hipsters now dot Figueroa Avenue in Highland Park, a street only recently of largely Latino businesses. The trendy eat-in food stalls in downtown’s renovated Grand Central Market have crowded out nearly all of the immigrant produce and meat vendors who long dominated the space. 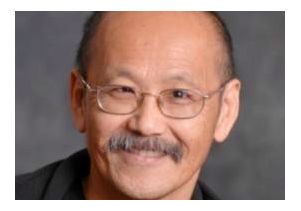 While the national immigration debate is focused on border control, UCLA Luskin School of Public Affairs professor Paul Ong and his colleagues see an equally pressing challenge for Los Angeles and other major cities: helping those immigrants already here to remain and thrive in the neighborhoods that first welcomed them. The researchers’ work is a reminder that immigration is not just about crossing a border; it’s about establishing a new life in a foreign country and adapting to its customs and progress.

“The goal is not to stop gentrification,” Ong said, “but to ensure that progress is fair and just.”

When a new transit line opens or another stretch of the Los Angeles River is cleaned up, “The market will give the benefits to those with the economic resources to take advantage of them — including developers and home buyers,” Ong said.

Governments have a responsibility “around the equity part,” Ong said, to “make sure everyone has a fair chance to benefit,” and that small businesses and established residents have a chance to stay. This means the region’s long-term economic prosperity depends on supporting lower-income newcomers and their families rather than displacing them.

Toward that end, Ong and his UCLA colleagues have teamed with officials in Los Angeles and other cities, analyzing neighborhood-level data on urban change that allows those officials, with public input, to design new tools and policies that better support both residents and businesses. The L.A. Business Portal, launched last September, is an online personal concierge of sorts, a platform that walks residents with a business idea through the process of finding a location, negotiating a lease and securing a business loan. The site also provides free, custom-tailored guidance on how to manage and grow an enterprise.

Many local small business owners are immigrants like Kofi Effah, 32, an ebullient native of Ghana who came to Los Angeles six years ago. After working in coffee shops to pay his bills, Effah is now focused on his coffee shop in the Reef, a downtown building that houses small manufacturers, technology and other start-up ventures.

“I just had a passion,” Effah recalled, “and got started.” That was four years ago, before the city opened the online portal. But he’s now about to launch a second business, selling placemats, coasters and other items he makes from buttons; he commends the new business portal, which helped him register his business name and obtain the required permits and certificates.

“Every day is still a challenge,” he said, “but I’ve been progressively moving one step at a time.”

“Home for Renters” is the city’s new online tool aimed at supporting vulnerable residents, many of them immigrants. Los Angeles’ existing rent stabilization ordinance covers 624,000 apartments, which house one of every two L.A. families; it allows landlords to earn a reasonable return on their investments while protecting tenants from excessive rent increases and some kinds of eviction. Yet a recent survey found that only a third of families living in units covered by the ordinance understood their rights.

So the city upgraded the Housing and Community Investment Department’s existing website with expanded information for renters and launched the “Home for Renters” campaign last summer in an effort to close that information gap, reaching out to tenants and landlords in several neighborhoods with pamphlets and door hangers in multiple languages.

These new city initiatives emerged in part from the ongoing Urban Displacement Project, a joint effort by UCLA and Berkeley researchers with funding from the California Air Resources Board. Ong, along with Luskin professor Anastasia Loukaitou-Sideris, leads the UCLA team, which has collected data on how mass transit lines are altering residential and business patterns in six L.A. neighborhoods: the 103rd Street-Watts Tower community, Chinatown, Highland Park, the neighborhood around Hollywood and Western, Mariachi Plaza and Vermont near the new Expo Line.

The project team has found that L.A.’s expanding transit network is prompting what Ong calls “a lifestyle shift,” encouraging upper-income and younger residents to move downtown, where they are less car-dependent, as well as to surrounding, predominantly immigrant communities. This shift can breathe new life into sagging neighborhoods. But it also can lead to “a widening divide between haves and have-nots in terms of purchasing power,” Ong said, causing more “contesting around the neighborhoods that are changing.” In Boyle Heights, for instance, protests from longtime residents fearful that newcomers would push up rents caused a popular gallery space that drew artists from around the city to close in February.

Ong was born in Sacramento, but his academic passion emerged from his family’s experience as Chinese immigrants and his childhood in Sacramento’s Chinese and African-American neighborhoods. Now bespectacled and mustachioed, Ong earned his Ph.D. in economics from UC Berkeley and taught at UC Santa Cruz before joining UCLA’s faculty in the late 1980s.

The 67-year-old speaks quietly but with a fierce conviction that there is a direct line between income inequality and ethnic tensions surfacing in Los Angeles today. Moreover, past legal discrimination against African-Americans, Asians and Latinos has left lasting scars, but ones that Ong argues enlightened local leaders can address and even heal.

Amanda Daflos, a former senior manager at Deloitte Consulting, leads the Los Angeles team. Her team spent its first year gathering data and listening to local residents and urban experts, including from Ong’s Urban Displacement Project team, before creating the business and housing tools. “Our goal is to make a visible difference in the lives of Angelenos,” Daflos said, “but we understand that we can’t solve these problems alone.”

To Ong, government is a significant part of the answer. “Government has a responsibility to make sure everyone has a fair chance to benefit from a rising economy,” he said. With that help, he added, small family businesses can grow and longtime residents can remain in the communities they love, even as those communities grow more prosperous.

This story has been edited. The original appears in UCLA Blueprint's spring 2017 issue.