For thousands of years, the Yurok people have looked to the Klamath River Basin close to California’s northern border for a rich variety of nutritional and cultural sustenance: salmon from the river, elk and berries from the forests, and mussels and clams along the coast, among other culturally significant species. But the arrival of European settlers in the 19th century brought changes that impeded tribal members’ ability to harvest on their ancestral territories.

“The Yurok Tribe wants the ability to harvest in a culturally meaningful way across their ancestral territories, which they’ve been denied for the last hundred years,” van Schilfgaarde said. “Access to ancestral territories for harvesting is a right and harvesting these species is as much about food and health as it is about culture and religion.”

Yurok Tribe members seeking this access face a patchwork of regulations on various lands that lie outside the Yurok reservation but within the tribe’s ancestral boundaries. Other barriers to traditional food practices include bans on traditional land management practices — such as the use of prescribed fire to boost production of acorns, huckleberries and mushrooms, over-consumption of natural resources by non-tribal members and environmental harms like climate change, said Taylor Thompson, manager of the tribe’s food sovereignty division. Moreover, the Yurok Indian Reservation is a food desert — with no grocery stores located within its 44-mile length.

From January to May, the students worked alongside Yurok Tribe leadership and the clinic directors to develop two products: a legal memo and field guide for tribal members to understand regulations for different species along the Klamath; and a legal framework for how the tribe could work with government agencies to improve access to important species.

In developing the memo and field guide, Nicholas Bascom and Thomas Hanrahan, both now third-year law students, looked to a wide variety of sources to understand restrictions around the gathering of species on federal, state, county and privately owned lands. Gathering berries, for example, may be limited depending on whether bushes are located within a state park or a national forest.

“We had to find an immense amount of regulatory information and we scoured hunting and fishing guides, national and state park compendia, and even an executive order from 1876, which we tracked down with the help of a research librarian,” Bascom said.

The students’ research provided specificity to confirm anecdotal understanding of the complicated regulations for harvesting different species. In addition to a legal memo, the students produced 5x7-inch cards with images and text for each species as a reference for tribal members to easily stow in a backpack or pocket when harvesting in the field. The cards are designed to help tribal members feel confident harvesting consistent with existing laws.

Another student, Nicole Hansen, researched how local, state and federal agencies could be more supportive of tribal harvesting. In addition to a legal memo on access agreements, Hansen drafted a template memorandum of understanding to help tribes and government agencies more quickly write and approve agreements on tribal access to culturally important species located on federal or state lands. The products were the result of hours of research of law review articles and nation-to-nation agreements, as well as back-and-forth discussions with the Yurok Office of the Tribal Attorney.

In a final presentation, Hansen and van Schilfgaarde shared their findings with the Yurok Tribal Council.

“It was intimidating to present to the governing body of a sovereign nation, but they were very welcoming and excited to continue with the work I had done,” Hansen said. “One councilmember shared the efforts the Yurok people have been engaged in for their land and practices over many years — including acts of civil disobedience and arrests for salmon fishing. Our research builds on the work of elders who have been fighting for decades to allow the tribe to access these cultural resources.” 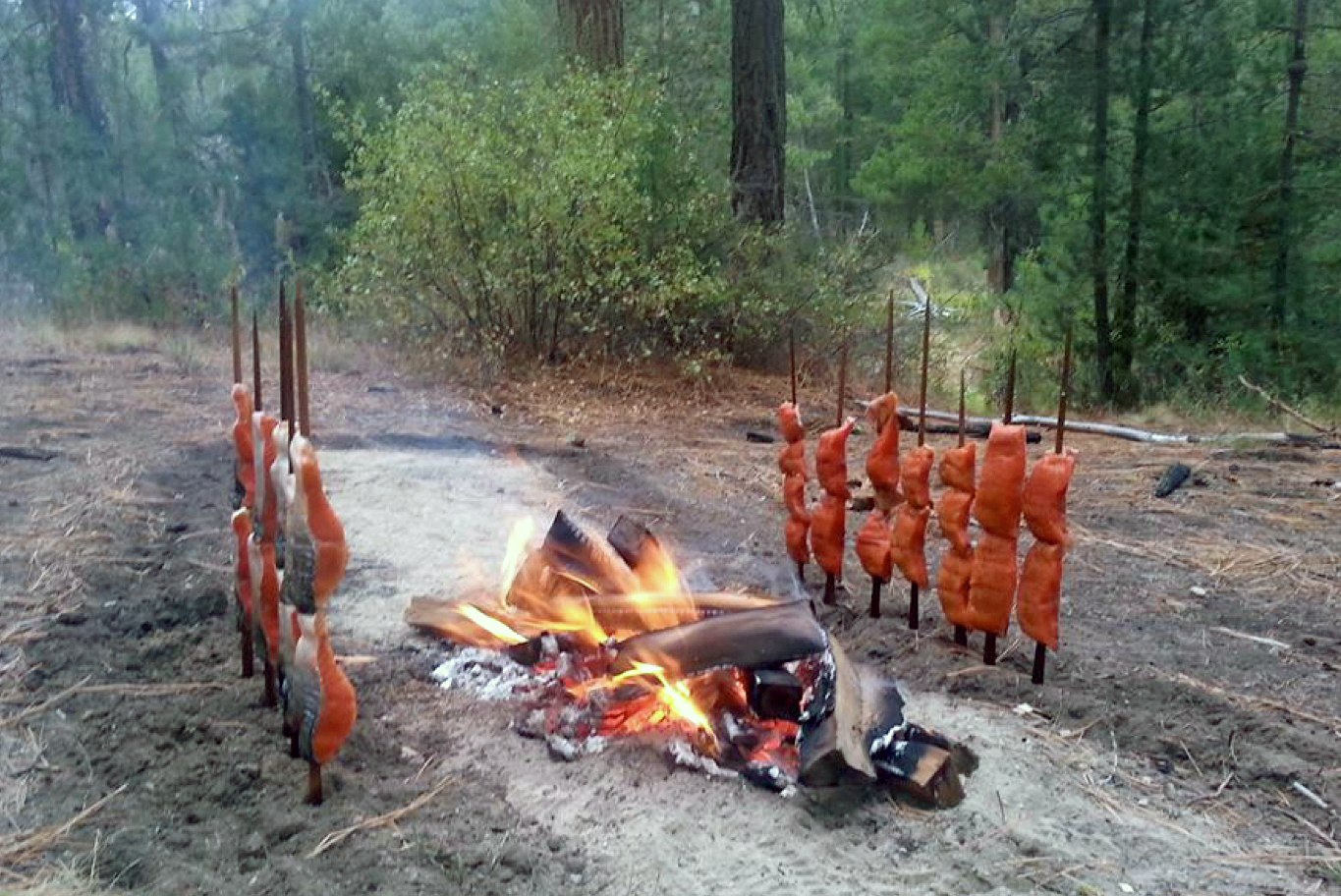 The students’ work will help the Yurok Tribe as it continues to strengthen and support traditional food systems.

“Having a compiled resource of guidelines for Yurok tribal members to harvest on public lands not managed by the tribe will allow for increased access to these resources,” Thompson said. “And the draft documents will be invaluable as we move forward in partnership with other governmental entities in the management of ancestral territory and the species that reside there.”

The memo is timely as state and federal agencies seek to improve relations with tribal nations. Last September, Gov. Gavin Newsom signed an executive order and policy statement encouraging tribal access to ancestral lands in California. And in January, President Joe Biden issued a memo to his administration on strengthening tribal consultation and relations between the United States and sovereign tribal nations.

Working with the Yurok Tribe gave the students insight into a tribal legal team that is known for its innovative, tribal-centric perspective on issues — and has been home to recent UCLA Law graduates. Kori Cordero, a 2014 graduate, currently works in the Yurok Tribe’s Office of the Tribal Attorney. Geneva Thompson, a 2016 graduate, worked in the tribal attorney’s office before her appointment this spring as assistant secretary for tribal affairs at the California Natural Resources Agency. Melodie Meyer, a 2020 graduate, received a Justice Catalyst Fellowship to work with the tribe on climate change issues. Prior UCLA Law clinical projects with the Yurok Tribe have addressed violence against women, non-minor dependence and species protection.

Preparation for the future

The students’ clinical work will also support their future careers. This year, Hansen earned a Skadden Fellowship — one of the country’s most esteemed public interest law fellowships — to continue her advocacy on tribal issues. As an attorney for Campaign Legal Center, she’ll work on voting rights for Native people, including making in-person voting more accessible for voters in rural communities and on native reservations.

Bascom, who chose UCLA for its environmental and tribal law programs, interned last summer with the Wishtoyo Chumash Foundation, and worked with the Yurok Tribe during fall 2020 on another tribal clinic project.

“The most rewarding part of the research was playing a minor role in the Yurok Tribe’s broader food sovereignty effort,” Bascom said. “The Indigenous food movement recalls cultural practices of eating and moving which tap into some of the most sacred aspects of tribal life. Even to be working on the periphery of the Yurok Tribe’s project seemed an awesome responsibility, and we were beyond grateful for the opportunity.”