Michael Emmerich, an associate professor of Japanese at UCLA, never worked as a journalist. Neither has he written 50 novels, much less 150 short stories.

Yet since joining UCLA in 2013 from UC Santa Barbara, Emmerich has being receiving accolades for his ability to give voice to one such prolific writer — the late Japanese author Yasushi Inoue. 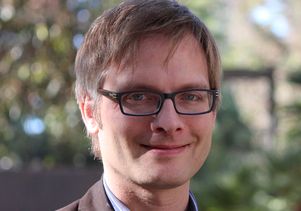 “It’s difficult to imagine that any nuance has been lost here,” one reviewer wrote in praise of a batch of recent translations by Emmerich of Inoue’s writings.

In all, Emmerich has translated three novellas and two short stories by Inoue, who has been called one of the best Japanese novelists you’ve never heard of.

The translations, published by Pushkin Press, are being credited with raising much-deserved awareness of Inoue whose works have never been widely available in English. They’re also attracting attention to Emmerich, who is considered one of the world’s top translators of Japanese fiction.

“Michael does everything well, even elaborate kinds of Japanese that Japanese readers have difficulty reading,” said Motoyuki Shibata, an acclaimed translator and a professor of translation studies and American literature at University of Tokyo.

“He’s sharing the fruits of his scholarship not just with our students but the world, and that’s one of our goals — to have scholars develop a wide following outside academics,” Schaberg said. 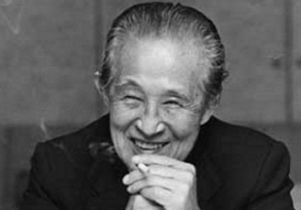 For his part, Emmerich says he is just happy to play a role in finding a new audience for a fiction writer whose productive career spanned from the late 1940s to his death in 1991. Inoue was sometimes mentioned as a possible candidate for a Nobel Prize in literature, but he was never selected. However, he did win Japan’s highest literary prize — the Akutagawa Prize. And in 1976, Inoue was presented with the Japanese Order of Culture, the country’s highest honor for artistic merit. Two of the three novellas Emmerich translated had been rendered into English in the past, but none were in print when Emmerich set out to rectify the situation.

The three books include Inoue’s first published work of fiction, “The Hunting Gun.”  Originally published in 1949, the novella recounts a tragic love triangle from the perspective of those affected — a wealthy man whose hobbies include hunting, his wife, his mistress and the mistress’s daughter. In December, Kirkus Review selected the novella, published last fall, as one of 2014’s eight best books of fiction in translation.

Emmerich has also translated Inoue’s second work, “Bullfight,” which also was originally published in 1949 but had never been available in English. Set in the period that immediately followed Japan’s surrender in World War II, the novella describes a small-time newspaper editor’s obsessive and possibly foolhardy quest to stage a bullfight as a publicity stunt in an Osaka baseball stadium. Shortly after the novella’s release in 2013, the Financial Times described it as “beautifully translated” and praised its “certain grim humour throughout.” Eileen Battersby, well-known literary critic for the Irish Times, included “Bullfight” on her list of the top 25 works of fiction in 2013; “The Hunting Gun” made her list in 2014.

The third in the series, “Life of a Counterfeiter,” is due out March 10. Originally published in 1956, this novella deals with a procrastinating art writer who becomes swept up in the poignant story of a master forger instead of the famous artist whose biography he has been commissioned to write. The book also includes two short stories by Inoue that have been translated into English for the first time. Selected by Emmerich, the stories are based on Inoue’s childhood memories of his grandmother — a former geisha and the mistress of his great-grandfather.

Publishers Weekly gave the book a starred review, noting that “Inoue's prose is simple without being austere, a perfect vehicle for these beautiful stories full of pathos for those lonely souls who live in the shadows. This haunting, elegiac trio makes clear Inoue's position as a Japanese literary master.”

Emmerich likens the style of the Osaka-born author who cut his teeth as a journalist and literary editor to “somebody just talking to you,” but insists this impression is deceptive.

“The details are so precise, and the scenes and exchanges between the characters are incredibly evocative,” Emmerich said of Inoue’s writing.  “It’s very carefully done but it seems nonchalant.”

Emmerich’s translations similarly belie the complexity of effort behind them.

“You don’t just translate one word after another. That might be possible in French or German — they’re similar enough to English,” he said. But in the case of translating from Japanese to English, “the languages are structured so differently that there’s absolutely no such thing as a one-to-one correspondence.”

As a result, Emmerich doesn’t reach for a Japanese-to-English dictionary, but rather taps into the emotions, experiences and imagery evoked in him as a reader, immersing himself for 10- to 12-hour stretches in whatever he’s translating.

“In order to get a good translation, on some level you need to forget the words,” he said. “It’s all about feeling and the experience of the text.”

The biggest challenge, he said, is conveying a distinct tone for each narrator and each character, a challenge that was particularly daunting in the case of “The Hunting Gun,” an epistolary novel woven together from the letters of four different characters and the narrator who tries to make sense of the events.

“Trying to get inside each character and create the way each of these characters would express themselves in English was a lot of fun,” he said.

Emmerich is typically associated with Japanese authors who were active centuries before or decades after Inoue. But translating Inoue reminded Emmerich of the start of his career.

His first published translation was a 1958 collection of short stories and a play by another mid-century Japanese writer: the Nobel Prize-winning author Yasunari Kawabata. As an undergraduate at Princeton University in 1998, Emmerich completed the first English translation of Kawabata’s “First Snow on Fuji” as his senior thesis, with novelist Joyce Carol Oates as his adviser. A year later the book was published to critical acclaim. Emmerich believes Kawabata and Inoue share similarities.

To read more about Emmerich, see this story on the UCLA International Institute website.