Creativity is often a concept reserved for the arts. Rarely do people see math as a creative field. However, as a select group of students and faculty at UCLA prove, being creative when it comes to problem solving is essential to math and its applications to technology.

Learning to think about math creatively starts at a young age. Outside of the classroom, math competitions provide students a way to learn innovative problem solving.

Students all over the world compete in mathematics competitions starting in middle school and continue to pursue their competitive practice through high school. At the collegiate level, students in the United States can participate in the annual William Lowell Powell Putnam Mathematics Competition to put their problem solving skills to the test.

UCLA placed fifth in the country on the most recent round of competition for the 2017 Putnam. In December, 35 UCLA students participated in the grueling six-hour test. Five students, Ni Yan, Emre Girgin, Alex Pascadi, Konstantin Miagkov and Xiaoyu Huang, received honorable mentions for placing in the top 100 students in the country. Three of these students, Yan, Huang and Miagkov, contributed to the UCLA team score and individually the students’ performance was impressive as well. Yan received the Elizabeth Lowell Putnam award for the highest ranked female in the country and Girgin received the Basil Gordon Prize for the top scorer among UCLA students.

According to the students, their success can be attributed in large part to Ciprian Manolescu, UCLA professor of mathematics who chooses the team each year.

In the fall quarter, Manolescu leads an advanced problem solving seminar for those students who score highest on a practice test. This weekly three-hour seminar gets students to use critical thinking to solve the wide range of problems on the test.

“Studying with professor Manolescu is a really big opportunity for us because he is basically a legend in math competitions,” said Girgin, who added that as a high school student in Turkey he had heard of Manolescu. “He was pretty famous. It was pretty exciting to see him in person.” 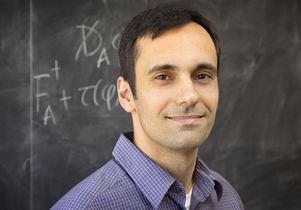 Manolescu was a Putnam fellow — placing in the top 5 in the country — three out of four years while attending Harvard University as an undergraduate. He also achieved a perfect score three times while competing in the International Mathematical Olympiad in high school, a competition all of this year’s top competitors are familiar with.

“He’s the only person ever to get three perfect scores on the Olympiad,” Pascadi said. “When I went to it, I got about half the perfect score, for reference, and I still got silver.”

While most of the students have competed before coming to UCLA, the Putnam brings unique challenges. High school exams are generally four-and-a-half hours and include only three problems but the Putnam test presents students with two, three-hour segments that include six problems each.

The questions, which are loosely ordered from least to most difficult, include all types of math. Participants can skip to whichever problems they prefer to answer first, but must keep in mind the time limits.

“Like you might see a problem that you really like that looks really cool and if you’re not in an exam setting and you were just at home, you would totally spend 10 hours thinking about it and be happy that you solved it but that’s not what you’re supposed to do in the exam,” Miagkov said. “In the exam you want to look at problems that are less appealing, more computational, more annoying but you just have more chances to get more points from.”

After the test, the students often have a feeling for how well they did. Their frustration comes when they receive their scores.

To ensure fairness for students from schools across the country, the Putnam includes questions that can be understood with a basic level of college math. Therefore, what sets top competitors apart is not necessarily their mathematics knowledge, but their ability to think about problems in creative ways.

“For most of the problems, a seventh grader should be able to understand them, like to understand what they’re asking for, but they’re just very hard. So very hard problems from simple curriculum,” Pascadi said. 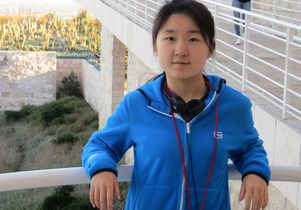 In their college math classes, the students are constantly learning new and harder mathematical concepts. In contrast, the Putnam challenges them to innovatively solve problems based on concepts they’re already familiar with.

“It’s like solving problems that other people can’t do. Also I think math is really tricky. It’s different from what you learn in a normal classroom,” Yan said.

So while the Putnam may not have taught them any new concepts, the problem solving skills they have honed serve them well.

All of them except Yan are completing joint bachelor and master’s degrees in just four years. Yan will be graduating this summer after just two years at UCLA with a degree in applied math and statistics with a specialization in computation. Girgin has a job lined up at Microsoft after he graduates this June and Huang, Miagkov and Pascadi are considering careers in research like their mentor, Manolescu.

They all expressed that more kids should get involved with math when they’re young.

“I think that there’s a sort of a stigma associated with mathematics … that it’s just something boring that you do in school,” Miagkov said. “But some kids would really enjoy it if they got a chance to try and especially in this kind of competitive format. I wish that it was treated more like other activities like playing the piano, or being in your school’s theater group.”

For those students that do find their passion for mathematics and competition, UCLA and professors like Manolescu will be excited to see their talents realized on the Putnam.

“I hope the team will continue to be highly ranked, and that this way we will encourage more talented students to come to UCLA to study mathematics,” Manolescu said.