Courtney Young helped develop the gene therapy at the heart of a biotech startup, MyoGene Bio, when she was a doctoral student at UCLA from 2013 to 2018. But the kernel of the company’s endeavor is older still — and definitively personal.

In 2008, when Young was in high school, she found out that her cousin, then just a toddler, had been diagnosed with Duchenne muscular dystrophy. She made it her mission to cultivate the skills needed to provide better options for him and others who were suffering with the deadly muscle-wasting disease.

“I directed my career toward working on Duchenne,” said Young, MyoGene Bio’s co-founder and CEO. “I came to UCLA specifically because there’s a high concentration of researchers working on the disease. My advisers and I decided to develop a novel treatment that targets the primary cause of disease, because we really wanted to make a meaningful impact on the lives of Duchenne patients.”

Young now pursues that goal close to her earlier scientific home, because MyoGene Bio is based at the Magnify incubator in the California NanoSystems Institute at UCLA. Her company reached the finals of the 2021 University of California Startup Innovation Challenge, a contest for startups with at least one founder affiliated with UC. Young also will be among six entrepreneurs featured at the UC Biotech Investor Demo Day on March 11.

Building on all of that momentum, Young is now seeking venture capital funding and conducting preclinical research. Her aim is to have the Duchenne treatment in trials with human participants by 2023.

Duchenne is the most common form of childhood muscular dystrophy, affecting about 1 in every 3,500 boys. Its effects are devastating, eventually robbing patients of the ability to move, and shortening their life expectancy to less than 30 years.

The disease makes the body unable to generate a key protein, dystrophin, that is essential for muscle function. There is no cure, and current treatments aren’t applicable for most people with the disease because they address rare mutations found only in approximately 1 in 8 patients. By contrast, the approach under development at MyoGene Bio could apply to around half of all people with Duchenne. 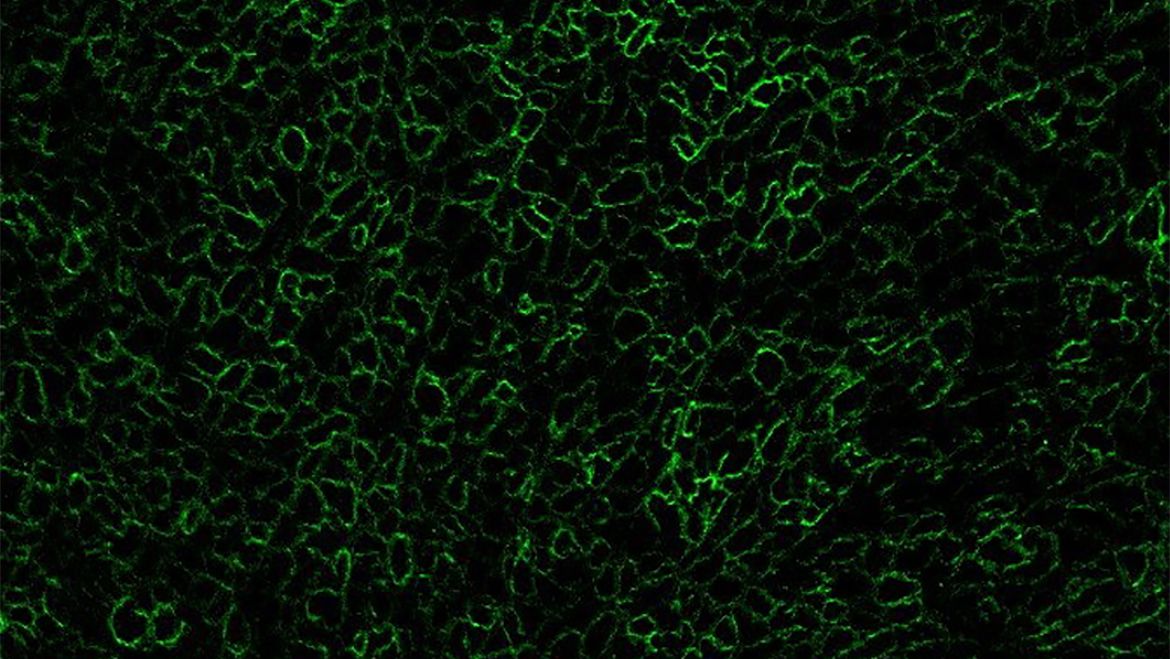 MyoGene Bio
A microscope image of dystrophin restoration after treatment with the MyoGene Bio therapy.

Young created the prospective therapy when she was a doctoral candidate, while working closely with Melissa Spencer, a UCLA professor of neurology and director of the UCLA Neuromuscular Medicine Program, and April Pyle, UCLA’s George and Nouhad Ayoub Centennial Professor of Life Sciences Innovation and the vice chair of UCLA’s department of microbiology, immunology and molecular genetics. Both Spencer and Pyle are MyoGene Bio co-founders and scientific advisers.

“Courtney is brilliant, competent and driven,” Spencer said. “When the three of us work together, there are no egos. We just do what we have to do, because we want to help all these boys and their families. It’s heartbreaking for a cure to come so slowly.”

Their approach uses CRISPR gene editing — a technology for which UC Berkeley professor Jennifer Doudna won a 2020 Nobel Prize in Chemistry — to remove a hotspot in the genome where Duchenne mutations tend to appear. Because the technique addresses the underlying problem, it could slow progression of the disease and enable patients to live longer. Young and her mentors believe the strategy could also be effective for some patients with Becker muscular dystrophy, which has a later onset and milder symptoms than Duchenne.

In the finals of the Startup Innovation Challenge, in late January, Young pitched her company to more than 500 investors at a Global Corporate Venturing Digital Forum showcase. For reaching the finals, the company is receiving free legal services, mentorship from one of the contest’s judges and a chance to advance to the finals of another funding competition for startups, the Extreme Tech Challenge, which takes place in June.

In 2020, MyoGene Bio reached the final round of the QB3 Pitch Summit, a UC contest for life-science startups, where Sartorius, a company that provides products and services for the biotechnology sector, awarded the startup $25,000 for supplies. MyoGene Bio’s research is supported by grants from the Small Business Innovation Research program of the National Institutes of Health and by the Muscular Dystrophy Association.

Because it is based at Magnify, MyoGene Bio has a home base at UCLA and access to cutting-edge scientific instrumentation at CNSI Technology Centers such as the Advanced Light Microscopy and Spectroscopy Lab. MyoGene Bio has also benefited from the UCLA Technology Development Group’s Startup in a Box program, which provides reduced-price legal advice and other services essential to launching a startup.

“A story like MyoGene Bio’s would be feasible in only a few places,” Pyle said. “At UCLA, we have the capacity both to do great science and to make great entrepreneurial transitions, to quickly translate new treatments so they benefit patients.”

With the benefit of that support, Young’s mission of making a difference for her cousin and other children with Duchenne muscular dystrophy moves closer to fulfillment every day.