In popular imagination, Illyria is most familiar as the setting for Shakespeare’s shipwrecked protagonists in the comedy “Twelfth Night.”

But archaeologists know Illyria as home to a clan-based society that once stretched along the Adriatic Coast from what today is southern Slovenia to northwest Greece in the centuries before Ancient Greece reached its height.

“It was in these tribal areas where some of the most important experiments occurred that ultimately paved the way to large Hellenistic mega-cities, culminating in Rome,” said John Papadopoulos, a UCLA professor of classical archaeology, history and culture. 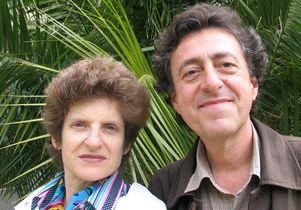 The prospect of a glimpse into such an important cradle of civilization inspired Papadopoulos and wife Sarah Morris, who holds the Steinmetz chair of classical archaeology and material culture at UCLA, to set their sights in 2003 on a grassy hill in a remote valley in south-central Albania.

Along with Albanian archaeologist Lorenc Bejko and an international team, they spent the next five years excavating the one-acre site, which revealed one of the few undisturbed Illyrian burial grounds that has been discovered since the advent of modern archaeology.

The excavation, located outside the tiny Albanian village of Lofkënd, is detailed in a recently published two-volume set from the Cotsen Institute of Archaeology Press at UCLA.

Discoveries, which are now housed in Albania’s Museum of Apollonia, include the contents of some 100 tombs that date from 1,400 to 800 B.C. Among the most dazzling objects are jewelry made from a range of metals, including electrum, which is a natural alloy of gold. Of the 156 skeletons that were unearthed, some were clearly the victims of murder, suggesting that Albania’s modern tradition of “vendetta” killing may well have prehistoric roots, said Papadopoulos.

The team also unearthed stone tools that predate the burial ground, or tumulus in archaeological terms, by at least 200,000 years, providing the first window in the area to the early phase of the Stone Age or Paleothilic times.

In all, the discoveries fill 1,120 pages of “The Excavation of the Prehistoric Burial Tumulus at Lofkënd, Albania,” a set so hefty that it weighs 9 1/2 pounds.

And weight isn’t the only obstacle to picking up copies of “The Excavation of the Prehistoric Burial Tumulus at Lofkënd, Albania.” At $169 for the set, the publications are out of reach financially for many libraries and educational institutions in the Balkans, Papadopoulos said. So he and Morris are leading a drive to raise money to purchase and send copies to 44 cash-strapped libraries and educational institutions throughout the region.