If you know how to look, our world can be wildly colorful. Under an ultraviolet light, once-familiar objects can take on dreamlike brilliance: Think neon green scorpions, hot pink flying squirrels and electric blue diamond rings.

Known as fluorescence, this ability of certain molecules to absorb light in one colored wavelength and emit it in another is a phenomenon many scientists, including UCLA professor Ellen Sletten, are still exploring.

And a few years ago, Sletten devised a clever way to make her research into fluorescence more accessible to non-scientists: the Photonbooth. A clever twist on the traditional photo booth that’s a staple of carnivals, arcades and parties, Photonbooth — the pun in its name a reference to the fundamental particle of light — has inspired hundreds of budding scientists to recognize that there is more to the world than what our eyes typically see, and that key scientific principles underpin everyone’s daily existence.

“It’s very clear right now, with the pandemic, that misinformation about science is dangerous for us all,” says Sletten, a chemical biologist. “Younger generations especially need us to focus on accurate, responsible scientific communication. Besides, everyone loves a photo booth, right?”

The concept evolved out of an attraction from her 2015 wedding reception. To echo her engagement ring, which her fiancé chose for its fluorescence (caused by a defect in the diamond’s lattice structure), Sletten envisioned black lights installed in a standard photo booth with fluorescent props for guests to pose with. Her party-phobic father, an engineer, jumped at the chance to pay tribute to his daughter’s life work and to help turn her plans into a reality.

“It was such a huge hit, even with the nonscientists,” Sletten says. “I realized it was very synergistic with many of my lab’s research goals and could be a perfect avenue for science outreach.”

When Sletten discussed the booth with members of her UCLA research team, her then-graduate student Rachael Day — now a biochemistry professor at Drury University in Missouri — was so inspired that she took it upon herself to build a version of the booth, and they immediately began using it at local parties and educational events, including Exploring Your Universe, UCLA’s annual hands-on science fair. 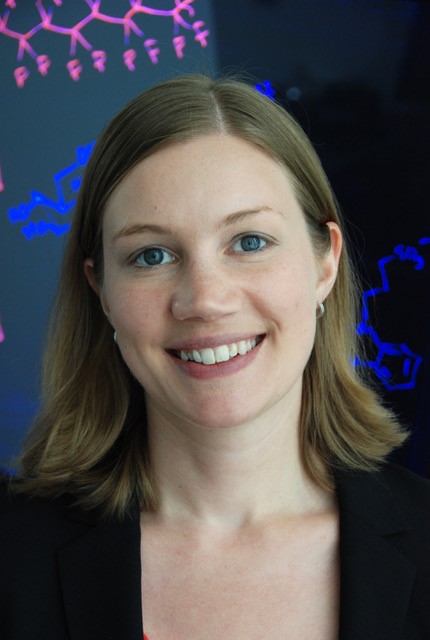 A typical Photonbooth presentation begins with a quick science lesson demonstrating the fluorescent properties of common household items such as tonic water or detergent, followed by a discussion of the biomedical uses of fluorescence. Attendees next create their own glowsticks, enter the booth with whimsical props they choose and pose for photos, first under normal light and then, to best show off their fluorescent items, under a black light.

“A lot of science — especially chemistry, where everything is nanoscale or smaller — can be difficult to comprehend,” Sletten says. “I really like using fluorescence because it’s so easy for kids to see. I also love how we can take something kids are familiar with, like a highlighter, and then help them realize there is this whole other side to it if they are curious enough to look and question.”

Science education outreach is especially important to Sletten because it highlights the human connection that she says is so crucial to scientific progress. As she looks back on her lab’s first five years, she cites her relationship with her students and their growth among her most important accomplishments.

“My students are amazing, and I try hard to be an effective mentor who gets to know each of them well,” Sletten says. “In many ways, starting a lab is like starting a small company. You go through all the challenges and problem-solving together, which makes for strong bonds. It has been incredibly rewarding to be a part of my students’ journeys to becoming excellent scientists and communicators.”

At the same time, Sletten has attracted attention for the lab’s impressive progress toward developing diagnostic and therapeutic technologies. In 2020, she earned the Young Chemical Biologist Award from the International Chemical Biology Society, and in 2021, she received a grant from the Chan Zuckerberg Initiative for her work on deep tissue imaging.

Sletten says the experience of children delighting in the Photonbooth experience mirrors the optimism she and her team share for the future of their own research.

“When I think about the videos of molecules flowing within mice which our lab has been able to produce with previously unattainable speeds, colors and resolutions, I can relate to how those kids feel stepping in the Photonbooth,” Sletten says. “The opportunity to see something new, the feeling of discovery and fun — I hope it inspires those kids to become science-savvy citizens or even future scientists.”