On Monday, President Obama and disability rights leaders from across the country, including UCLA’s Olivia Raynor, will gather at the White House to celebrate the 25th anniversary of the signing of the historic Americans with Disabilities Act (ADA) by President George H. W. Bush on July 26, 1990. Raynor is director of UCLA’s Tarjan Center that advances employment, access to postsecondary education, careers in the arts for people with disabilities and newer treatments in autism and cerebral palsy. Located in the Semel Institute, it is one of 67 University Centers for Excellence in Developmental Disabilities Education, Research and Service (UCEDD), part of a national network of university-based interdisciplinary programs. An adjunct professor in the Department of Psychiatry and Biobehavioral Sciences, Raynor is also board president of the Association for University Centers on Disabilities as well as the founder of the National Arts and Disability Center at UCLA and a member of the California State Council on Developmental Disabilities.

For this edited Q&A, UCLA Newsroom editor Cynthia Lee talked to her about the ADA and the evolution of an accessible campus. 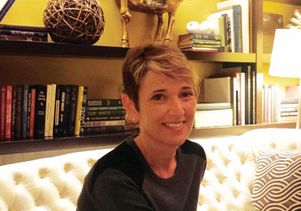 How significant was the passage of the Americans with Disabilities Act?

It is the most important piece of civil rights legislation for people with disabilities, prohibiting discrimination and guaranteeing equal opportunity. It was a monumental moment in the history of this country.  And it didn’t occur in a vacuum. It was passed because thousands of disability activists across the country had been working for decades to advocate for such a bill to ensure that people with disabilities are a protected group and that there would be no discrimination against them.

Was there a champion of the ADA on this campus early on?

In 1990, the late Douglas Martin, a leading authority on disability policy as well as an advocate for the ADA, became special assistant to UCLA Chancellor Charles Young and campus ADA coordinator. As founder of the Chancellor’s Advisory Committee on Disability, he played an instrumental role in helping to get these new policies and regulations implemented on this campus.

His work transformed UCLA into the accessible campus that it is today. A wheelchair user with a background in urban design, he was one of the experts that people turned to to ask what does this mean and how do we go about doing it— not just on this campus but nationally. In one sense, his “laboratory” for the ADA was here.

Prior to Doug’s coming, I don’t think the campus would have met all of the standards that were put forth in the ADA. He worked hand in hand with Capital Programs to both fix access problems that existed as well as to consult on the planning of new building projects.

He was brilliant, kind and extremely generous with his time. I served on the chancellor’s committee with him, and he would literally come to these meetings to celebrate every new university achievement in accessibility — every curb cut, every service or accommodation that created access for people with disabilities.

Thanks to his efforts, UCLA now provides services and programs that ensure the full participation of students, faculty, staff and visitors with disabilities.

How else did he contribute to the struggle for disability rights?

One of the big barriers to employment for people with disabilities is the potential loss of public benefits such as access to health care and attendant care. Doug worked hard to insure that people continued to have access to their Social Security benefits — particularly their medical benefits — when they became employed and earned wages. To this day, the law remains complicated, and many people with disabilities fear they will lose access to their health care benefits if they take a job.

You’ve been working at UCLA in this field since 1979. Have you seen many changes over three decades?

The biggest change is how we look at disability, that people with disabilities are being empowered to speak for themselves, that segregation is not acceptable. Today I have friends, colleagues and staff with disabilities. Also, our buildings, neighborhoods and communities are more accessible. When our university-affiliated facility, now a UCEDD, was built in the late '60s, the focus was on the institutional care of people with developmental disabilities. Today we ask, “What can we do to empower people to make their own decisions and live independently in the community?”

Has the campus made progress in becoming a welcoming place for people with disabilities?

We should be very proud of what we’ve achieved. There is a plethora of programs and services on campus that guarantee the social and civil rights of people with disabilities. In addition to the Tarjan Center, we have the Office for Students with Disabilities as well as the ADA and 504 Compliance Office that coordinates compliance with the ADA and Section 504 of the Rehabilitation Act of 1973, which prohibits discrimination based on disability.

The campus has created an opportunity for students with intellectual disabilities to go to college through Pathway at UCLA Extension. Through UCLA’s Disabilities in Computing program, you can find experts on using technology, such as computers with voice synthesis and speech recognition, to assist students, staff and faculty. The campus has the Committee on Disability that advises the chancellor on maintaining an accessible environment. And UCLA’s disability studies minor recognizes that this is a rich area of study.

Our researchers have contributed to new knowledge and new treatments that support people with disabilities leading independent lives. This is where UCLA’s research community has made some tremendous contributions.

Is there more that we can do as a campus?

I think we can always do more to create a welcoming environment by making it comfortable for students, staff and faculty to disclose that they have a disability and to ask for an accommodation to help them do their work.

With all the strides we’ve made as a nation, the ADA is as important and necessary today as it was when it was developed because the stigma, stereotypes and discrimination remain to this day. People still do make assumptions about the capabilities of people with disabilities and their ability to function in the workplace. Statistics show a high unemployment rate for people with disabilities compared to people without disabilities. We here at the Tarjan Center have hired a number of individuals with disabilities. It’s very important that we not only advocate for employment, but that our office reflects the diversity in talent and  leadership we want to see everywhere.