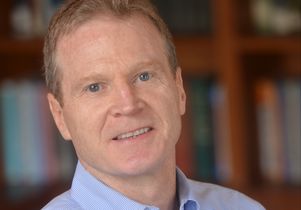 UCLA education professor Robert Rhoads and three faculty members at Chinese universities recently took a close look at four universities in Beijing. They found that while there have been many successes, such as the growth of STEM fields to bolster China’s economic growth, there’s a need for universities there to strengthen peer review as part of faculty evaluation and to recognize diverse student populations. The head of UCLA’s Higher Education and Organizational Change Division and an affiliate professor at the Center for Chinese Studies, Rhoads co-authored “China’s Rising Research Universities: A New Era of Global Ambition” (Johns Hopkins University Press, 2014) with X. Wang, X. Shi and Y. Chang. Rhoads, who holds the title of Y. C. Tang Visiting Chair Professor at Zhejiang University in Hangzhou, recently talked to Joanie Harmon, editor of Ampersand, about China’s research universities.

How involved is the state in higher education in China?
Universities [in the U.S.] would never think of having a state or federal administrator in practically every major administrative role on campus. But in China, for example, an academic dean who might be in charge of a school or a college works with a Chinese Communist Party (CCP) official. Together, they make decisions for that school or department. That takes place in almost every important office at a Chinese university. The primary role of a party official is to ensure that the academic operations of that department or program are consistent ideologically and politically with the party’s position. The negative facet to that is the constraint that places on academic freedom.

Governmental influence, though, is variable because sometimes party officials are serious scholars; they are not necessarily only bureaucrats. But this lack of autonomy from the CCP can be negative in terms of the development of Chinese universities as legitimate world-class universities.

What do party officials work to control at a Chinese university?
It’s quite complex, and it varies from institution to institution. It can affect curriculum; it can be related sometimes to classroom topics or research. Generally, the higher the status that a university in China has, the less constraint they face in terms of academic freedom and the involvement of the government. There is a greater degree of freedom at some of the most prestigious universities, like Peking University and Tsinghua University. They have a certain respect that they’ve gained from the CCP. This is also true for individual faculty. If a faculty member is well-established and respected, he or she may have more degrees of freedom than, say, a new assistant professor that the party may not have a strong relationship with yet.

What are some of the other factors that hinder these research universities from reaching world-class status?
The definition of a world-class research university involves a certain degree of academic freedom that some Chinese universities are still struggling to achieve. One of the interviews for this book was with a leading university president, and he mentioned two major barriers to achieving the kind of success and standing of a UCLA or Harvard. One was academic freedom. The other one was financial limitations. The amount of money allocated for research still doesn’t compare. Even though the national government in China is providing high levels of funding, their budgets still don’t compare to U.S. universities — there’s still a huge gap.

There are national and provincial grants. Increasingly, Chinese faculty members are applying to international foundations like the Ford Foundation. The national government provides a large amount of money. They have their own versions of organizations like the National Science Foundation, and faculty compete for those funds.

How do Chinese universities address globalization and diversity?
Globalization is one of the broad issues driving the reform movement in China and the effort to develop world-class universities. Diversity is actually a problematic issue that we talk about in the concluding chapter of our book. It’s our view that China somewhat compartmentalizes diversity issues in higher education.

Although ethnic minorities make up only nine percent of China’s overall population, that still amounts to roughly 120 million people. The Chinese government does a good job of funding the Minzu universities to support ethnic minority issues. However, they seem to let the other universities off the hook. No one in the United States would ever suggest that diversity issues are the obligation only of historically black colleges and universities, or Hispanic-serving institutions. In China, that is not always the case at the leading universities. They don’t necessarily see their obligation to society as being rooted in serving ethnic minorities and ethnic minority cultural development.

Was it difficult to gather the data for your book?
For the most part, the book does document successes in scholarly productivity, which is much greater in China than it was 10 or 20 years ago. There has been a greater amount of money spent on research, and a greater commitment to research and the building of research capacity — all of those things have been enhanced significantly since the mid-1990s.

But in terms of some of the criticisms, there is a lot of support in China for acknowledging challenges. Certainly, you have to be careful about how the issues are discussed and framed. Three of my co-authors are faculty members in China. There is a line that you cannot cross as a Chinese scholar, in terms of your criticism [of universities]. But we include everything in the book that we thought was important to note. My sense is that the government is aware of and acknowledges some of those issues. For example, they recognize the dilemma of heavy governmental involvement and at the same time trying to promote world-class universities in which faculty have high levels of academic freedom. … We found a great deal of support and a degree of openness to criticism.

This was adapted from a longer Q&A posted in Ampersand. Read the complete conversation there. A podcast by Professor Rhoads featured on “New Books in Asian Studies” can be heard at this link.