Judy Lin | January 29, 2014
“I’ve always been interested in carrying out experiments to try to understand how things work,” said Professor Richard Kaner, who knew from childhood that he wanted to become a scientist.

He has achieved this goal, and then some, serving as a faculty member with joint appointments in the Department of Chemistry and Biochemistry in UCLA’s College of Letters and Science and the Department of Materials Science and Engineering at UCLA's Henry Samueli School of Engineering and Applied Science, as well as being a member of the California NanoScience Institute at UCLA. His explorations into how things work have resulted in more than  290 research papers, as well as awards from the Dreyfus, Fulbright, Guggenheim and Sloan foundations, to name just a few.

When Kaner presents the 115th UCLA Faculty Research Lecture, “A Quest for New Materials: Superhard Metals, Conducting Polymers, and Graphene,” on Feb. 5, he will showcase several of the unique materials he has discovered and developed during a 27-year career at UCLA — accomplishments for which he is quick to share credit with his team of graduate students.

“What's exciting,” Kaner said, “is when you run a research lab and can get students interested, who then go and make extraordinary discoveries.” Graduate students like Maher El-Kady, whose work in Kaner’s research lab led to the groundbreaking discovery of the off-the-charts ability of graphene to store and discharge electrical energy. 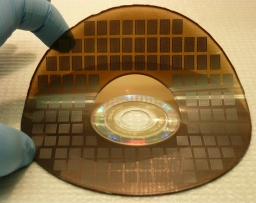 He also works in the area of super-hard materials called refractory ceramics. He and his team have developed some of the world’s hardest metals and are now exploring ways to turn these metals into powerful cutting tools for use in industrial processes.

Kaner joins an esteemed group of UCLA faculty selected by members of the Academic Senate to deliver the Faculty Research Lecture, a tradition that dates back to 1925. Two lectures are presented each year, one by a faculty member from the natural sciences and the other from the humanities, social disciplines or creative arts. Katherine Stone in the School of Law will deliver the next Faculty Research Lecture on April 16. Each year's honorees are nominated by peers and selected by a committee of seven previous lecturers. Nominations for 2015-16 lecturers are being accepted until Feb. 21.
“This honor,” said Kaner, “is an opportunity to thank my students who have carried out all the research, my colleagues who have brought us interesting problems and have collaborated on their solutions, and everyone at UCLA who has contributed to making this a great place to work.”

All members of the campus community are invited to attend this free event set for 3 p.m. at Schoenberg Hall. See the online invitation here. A reception, which requires an RSVP, follows immediately after the lecture. Co-sponsoring the event are the UCLA Alumni Association, the Office of Instructional Development and the Office of Special Events and Protocol.
Learn more about Kaner’s research by reading these UCLA Newsroom stories: Researchers develop graphene supercapacitor holding promise for portable electronics; UCLA researchers develop new technique to scale up production of graphene micro-supercapacitors (includes video).
Tags: faculty news | technology | engineering | chemistry
Share