For the 2017–18 academic year, the program is planning more than 40 recitals — with performances on piano, guitar, saxophone, string bass, flute and other instruments — at the Semel Institute, Ronald Reagan UCLA Medical Center and UCLA Medical Center, Santa Monica. 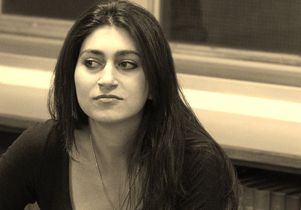 “There is so much talent all around us that I wanted to create a way to break the barriers between medicine and musical performance,” said Dalida Arakelian, the program’s founder and executive director. “Medical facilities are high-stress zones where music performances can play a therapeutic role.”

A classically trained pianist, Arakelian started Mindful Music in 2014 after practicing on a grand piano in the Semel Institute auditorium. Playing for her own enjoyment, but sometimes for small audiences, Arakelian came to believe live music could uplift and relieve stress in environments where it was needed most.

“Dalida has developed a fabulous program, one that engages students, staff and faculty as they go about their everyday lives,” said Dr. Peter Whybrow, director of the Semel Institute.

The program recently received a boost from Casio, which donated three compact digital grand pianos — making it easier for Arakelian and her team to set up performances at various campus venues. The program is part of the UCLA Healthy Campus Initiative, which was envisioned and funded by philanthropists Terry and Jane Semel.

A schedule of upcoming performances is available on the Mindful Music website.