At 16, Yadira Perdomo of Bogotá, Colombia, was often taunted by other students at her high school for her small-town accent and her taste in music. When her mother asked her if she’d like to change schools, she replied that she was determined to stick it out and finish the year.

But the bullying escalated. One day at school, a group of students lured Perdomo near a window on the third floor — and then pushed her out.

In that instant, everything changed. The impact from the fall left Perdomo with fractured vertebra in the lower back and the loss of all sensation in her legs. She could no longer walk or control much of her lower bodily function, requiring her to use a wheelchair and a catheter.

“I had to begin to understand that this was my new situation,” Perdomo said.

But just as Perdomo had been determined to stand up to the students bullying her, she was also determined to walk again. By a stroke of luck, her situation changed in 2010 when she was referred to Dr. Shlomo Raz, a UCLA urologist who was at the time working as a visiting professor at a hospital called Clínica El Bosque in Bogotá.

“As a result of Yadira’s injury, she had lost control of a lot of the muscles people use without even thinking about in our everyday life,” said Raz, who is a professor of urology at the David Geffen School of Medicine at UCLA and the chief of pelvic medicine and reconstructive surgery. 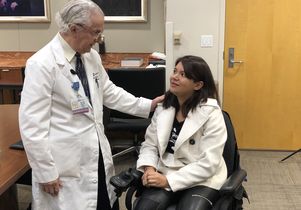 In Bogotá, Raz performed a procedure called bilateral sacral nerve stimulation, during which he implanted a device in Perdomo’s lower spine that sends electrical signals to the nerves of her pelvic floor muscles. The surgery Raz performed is rarely used for people with complex paralysis like Perdomo’s; it’s typically used for those who have lost control of their bladder, which is known as urge incontinence. In people with paralysis of the lower extremities, implanting the device rarely works because of the extensive damage to various nerves.

Following the procedure, Perdomo was overjoyed when she began to experience some restored sensation in her lower body.

But in 2011, after Raz had returned to the United States, the implant got infected when surgeons in Colombia performed a follow-up procedure. The surgeons there were unable to re-install the implant, so they removed it to heal Perdomo’s infection.

Removing the implant left Perdomo back at square one — with minimal sensation in her lower body. But she was still determined to one day walk again, so she reached out to Raz and discovered he worked at UCLA.

In 2017, Perdomo traveled to Raz in the U.S., where he re-installed the implant and a pacemaker to stunning results. Not only did Perdomo begin to experience restored function in her legs and bladder — relieving her from needing a catheter — but with the help of leg braces, she began to stand up and walk.

Perdomo, now 25, does five hours of physical therapy each day to strengthen her muscles and increase her endurance; she can stand and walk for up to 10 minutes at a time.

“I’m very happy every day because my body is getting stronger and stronger,” Perdomo said. “My life is changing. It feels like a miracle.” 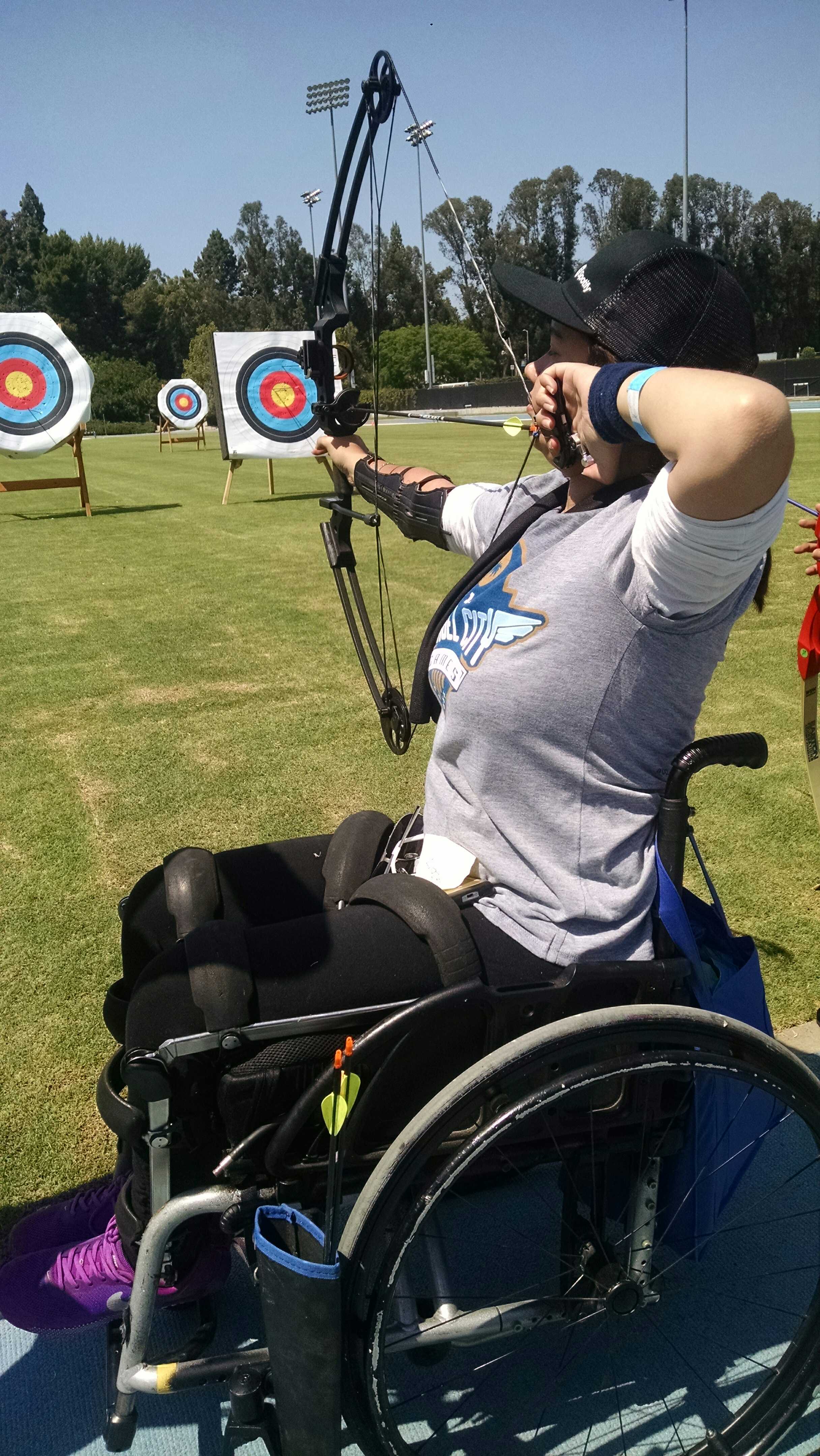 While her injury severely limited her activities for years, she has found ways to pursue new passions.

After finishing high school in 2011, Perdomo later joined the music conservatory at the University of Sergio Arboleda in 2014 and eventually served as assistant to the director. She enjoys playing Latin American music on her classical guitar.

Perdomo competes in archery on the national level. After winning a recent competition, she gave the medal she was awarded to Raz as a thank you. Now that she mainly lives in the U.S. due to her medical needs, she’s currently training in hopes to compete on the U.S. team in the next Paralympic Games.

But Perdomo’s biggest passion is combating the type of bullying behavior that resulted in her life-altering injuries.

She runs an anti-bullying foundation called Unidos Seremos Escuchados, which translated into English means “Together We Will Be Heard.” Not only has she worked with lawmakers in Colombia to enact legislation aiding bullying victims, but she has also visited more than 800 schools there and in the United States to share her story, speak out against bullying and provide inspiration to other people with disabilities.

“I love talking with students and parents,” Perdomo said. “I like to be able to tell my story and help however I can.”

One of the leading messages she conveys is that students must have compassion for one another.

“Bullying is a problem in every country,” she said. “We need to address what’s causing kids to bully others.”

Raz doesn’t expect that Yadira will require further surgical intervention, except to change the battery of the implant every 10 years. He anticipates that one day Perdomo will be able to walk freely without leg braces or support.

“I don’t feel confined like I used to,” Perdomo said. “I feel like I have my real life again.”