UCLA professor of information studies Anne Gilliland says that understanding the history of archival science is critical to understanding where the field is going. In her new book, “Conceptualizing 21st Century Archives,” (Chicago: Society of American Archivists. 2014) Gilliland looks back at practices of archives — often as instruments of economic or political control. In doing so, she delineates the knowledge that today’s information professionals can glean from archival traditions spanning thousands of years, and the use of that knowledge to advance technology and sociocultural change in the field.

What has been the thinking behind the nature of archives in the past?
Different archival traditions developed in close relationship with the history, juridical environment, cultures and sometimes also belief system of particular countries or regions. And it’s more complicated in parts of the world that have colonial pasts, because colonization frequently involved the imposition of the archival and recordkeeping structures of the colonizing country upon local or indigenous traditions. Sometimes this was an act of control and sometimes it reflected a lack of recognition or understanding of those pre-existing traditions.

Archives in their truest sense are institutional archives, they are the records of one institution or organization, and archivists work for that institution, so their primary audience and their first priority is their own institution. Archivists today are very aware that exposing their collections and encouraging more diverse use and users are really important not only for research, but also for human rights and accountability purposes. But what they are not always sufficiently aware of is that what happens in individual, cultural or national jurisdictions can be very different from place to place. This makes it more difficult to network and present archival holdings in ways that are politically, culturally and linguistically accessible and empowering to people who have need of those records around the globe. Those people may need access to records to document their identities, to assert their rights or seek reparations, to (re)claim property, or to hold perpetrators of past actions to account. These are aspects that I am currently exploring further in my research in post-conflict Balkan nations. 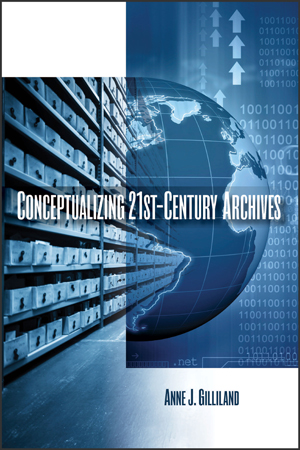 ​What are the roots of modern Western archival practices?
We know that records have been kept for at least 5,000 years in some parts of the world even though what we think of today as modern archival practices only began to formalize in the past few hundred years. There has been some interesting work done in forensic accounting in ancient Mesopotamia, because that was a crossroads for business between East and West, and there were a lot of groups that needed to interact. In looking at surviving records and receipts that were created, particularly through commerce, it has been found that similar forms of records and recordkeeping practices emerged out of necessity across different cultures, languages and scripts.

The Romans developed the practice of registering records as a way to keep track of outgoing and incoming correspondence, to keep original records safe, and to provide quicker access to their contents. The registry system spread through the Roman Empire, and then even further via the Roman Catholic and Orthodox Churches. Although it evolved over the centuries, the registry system became an important tool of colonial administrations, especially those of the Spanish and British. Predominantly English-speaking countries like Canada, Australia, Britain, or other former colonies such as India all implemented the recordkeeping structures of their colonial administrations. Registry systems were also adopted by mercantile endeavors, particularly industries like banking and the legal profession.

Modern archives really started developing from the 18th Century onward. Practices employed in the government archives of France, Prussia, the Netherlands, and Spain were enormously influential in the establishment of fundamental archival principles. Those principles today remain the basis for both national and international standards and best practices worldwide for all kinds of archives. This did not mean that the ideology underlying archival practice was the same in all cases, however.

In the 20th Century, Marxist-Leninist ideology in the Soviet Union engendered a re-conceptualization of archival thinking about the functions and purpose of records and archives that subsequently spread across countries behind the Iron Curtain and to certain other Communist countries. For example, the Chinese, who had previously used systems that were specific to each ruling dynasty, also adapted Soviet-style recordkeeping for their modern records and Marxist-Leninist thought is still central to contemporary Chinese professional practices.

How did thinking around archival practices become so tied to the identity of individual nations?
Legal and political systems and cultural practices are all influential in how and why records are created and preserved in different traditions, and archivists have traditionally been educated to work in their own national contexts or according to one specific worldview. The isolation that occurred during the First and Second World Wars limited the international and inter-institutional exchange that had begun to flourish in prior decades. Fields that dealt with information and documentary heritage professionalized and became individual silos of specialized practices and ideas. These effects persisted until the late 20th Century, when people started to talk about bringing all of these traditions and professions back together again to address the implications of digital and networked information resources.

Describe the moment that a nation decides that it needs to start an archive.
The story is different in different jurisdictions. The United States has one of the younger National Archives for a prominent nation. Historians tried for a long time to develop a national archive, but they couldn’t persuade Congress that it was a good use of money until the 1930s. In the meantime there was no legal way in America to destroy federal records, and they were filling up attics and basements in Washington. There had been a couple of bad fires as well that had destroyed records. Moreover, the United States did not have strong recordkeeping controls like other countries did, and finding [information] was really difficult.

The federal government became a big bureaucracy very fast. The First World War and Depression-era programs created vast amounts of records, and America was also one of the earliest adopters of emerging office technology such as typewriters and early photo reproduction machines that were capable of generating many copies of records at once.

In the end, an unlikely coalition was formed between the historians and two other parties. One group was military veterans from the First World War, and probably from the Civil War too, who were worried that without records, the government would renege on the benefits that were promised to them. The other group was the Daughters of the American Revolution, who were very invested in genealogy. It was very hard for Congress to refuse this coalition and so it passed the National Archives Act in June 1934, establishing the National Archives.

So, archives are often a byproduct of economics and warfare.
One of the things in this book that I was looking at are the various and interacting relationships between military conflict, technological advances and recordkeeping. The 1890 U.S. Census was the first to be tabulated automatically, but the computerized generation of records really started to develop [later] with the Second World War in relation to automated encryption and code breaking, military firing tables, and so forth. There is also evidence that IBM’s punch card and card-sorting technology was employed in Nazi concentration camps to track how people were moved around, to process them into the camps and to catalog their remains. Later the strategic command in the Vietnam War generated what has become one of the most in-demand sets of electronic records at the National Archives — used, for example, in the Agent Orange litigation brought by American military veterans. Today we should be concerned about how recordkeeping is designed into the technologies of automated warfare and remotely controlled military actions, such as the deployment of guided missiles and drones, in order to support public accountability and future historical analysis. We should also be concerned about what kinds of image records are being generated by military satellites and the ways in which they can or might be analyzed or further used.

In considering these relationships, it’s very important that people understand the way that records almost always have two sides: a liberating or empowering side, and a controlling or disempowering side and archival practice needs to account for and anticipate both.

How does this duality in the nature of archives play itself out today?
Unless you are aware of these different sides of recordkeeping, it’s very hard to be informed about the impact of the kinds of practices we employ or the values and capabilities we embed in records creation. In everything that we do to create and manage records and provide access to them, whoever has the most powerful technologies, resources and interest is going to be sitting there, trying to mine and map them in ways that can compromise personal privacy or increase the vulnerability of certain categories of individuals. We’re particularly sensitive to those issues right now, with all the recent revelations about the activities of the National Security Agency with the records of digital communications.

What major changes does the 21st Century hold for the archival field?
Years ago, when we started to automate [archival activities], archivists were being encouraged to develop networks of archival information. They were used to thinking of themselves only in terms of their own institutions and users, but that stretched them to think about what would happen if they exposed their holdings more and why they would do that.

Across the field, until quite recently, American archivists have not participated as much internationally as have our colleagues in other countries have done, in part because the United States is so large and self-sufficient and a certain sense of national exceptionalism existed right from the establishment of the U.S. archival profession in the 1930s. This was also partly because of the impact of President Reagan pulling the United States out of UNESCO in the 1984, when [the organization] was closely involved in international archives and heritage initiatives. Instead, the U.S. archival profession developed its own structures, often quite pragmatically, and without feeling a lot of need to rationalize or theorize them.

What archives have to do now is to think of the fact that they don’t have just an institutional audience, a local community audience, or a national audience; they have a global audience and a global responsibility, and the materials that they’re working with are globally created and shared and stewarded. This is the huge change in the 21st Century, and quite possibly a bigger challenge even than those we are already addressing in the digital world.