If Gerardo Ramirez had followed the path he envisioned for himself in high school, it wouldn’t have led him to UCLA, where he is currently a busy assistant professor of developmental psychology with joint appointments in psychology and education and a research project to examine Latino student achievement at UCLA.

Since no one in his family had ever gone to college, Ramirez said, “I lacked an academic imagination in high school. I didn’t really understand what it meant to apply to college. I just couldn’t imagine myself there.” 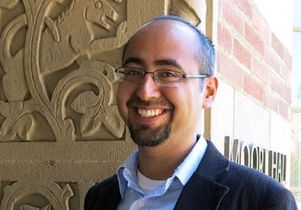 Thanks to a sharp-eyed high school teacher who literally locked Ramirez in his classroom and refused to let him out until he filed an application to Cal State Northridge, the Highland Park resident found his way to college and eventually to the University of Chicago, where  he was awarded his Ph.D.

What led him to UCLA was the highly successful UC President’s Postdoctoral Fellowship Program, which has placed 170 scholars and scientists so far among UC faculty. Ramirez tops a long list of UCLA faculty members who have been program fellows: Raul Hinojosa-Ojeda, Chicana/Chicano studies; Sylvia Hurtado, education; Kelly Lytle Hernández and Brenda Stevenson, both in history; Michael Stoll, public policy; Rachel Lee, English; and many others.

But UCLA isn't the only university reaping the benefits of this program that is open to highly qualified Ph.D. recipients of any race or gender whose research, teaching or service contributes to diversity and equal opportunity. Since the program was launched in 1984 with the aim of increasing the number of women and minority students pursuing academic careers, roughly 75 percent of all participants have gone on to tenure-track positions at a college or university, with more than half joining a UC campus.

The rest “go on to high-power positions in industry, in government and at national labs," said UC program director Caroline Kane. “These folks are good. The attention they get — to professional development as well as scholarly work — is invaluable.”

So effective has the fellowship program become that a dozen other colleges and universities, including Harvard, MIT, University of Pennsylvania and other top-tier public institutions, have used it as a model to start similar programs.

“There were two concrete ways it helped me,” Ramirez said. “It helped create the faculty position for me, and it helped me receive professional development training prior to starting the faculty position.” While he was able to do independent research because of the funding he received, he also had a faculty mentor whom he has been able to collaborate with on several projects.

“Because I don’t come from a family with a strong higher ed background, I felt like I needed to be informed about different professional development issues that I would encounter in academia,” said Ramirez, who immigrated to L.A. from Mexico with his mother and brother. His mother’s education ended at the second grade because her family was too poor to pay for more schooling. To prepare fellows for an academic career, fellows were invited to attend professional development retreats.

“These retreats were very focused," Ramirez recalled. "They weren’t abstract, vague or general. They were very ‘meat-and-potatoes.’ The people who gave them weren’t afraid to talk about prickly situations that I might get myself into.” 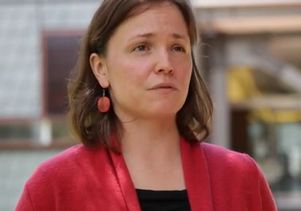 UC Office of the President
Jessica Perea received her Ph.D. in musicology from UCLA. She became an assistant professor at UC Davis after completing her fellowship. She is featured in a video at the end of this story.

The program draws highly-qualified candidates nationwide from a range of disciplines. Because of its success record, UC has expanded it significantly in recent years. Five years ago, UC offered 15 to 20 fellowships a year. In the current academic year, it will support almost 50. Even with the expanded slots, it has remained highly competitive, accepting roughly 5 percent of applicants a year.

“These fellows represent a diversity of backgrounds and perspectives that we want and need at the University of California,” said UC President Janet Napolitano. “More important, they bring an outstanding caliber of academic talent.” In one of her first acts as president last year, Napolitano committed $5 million to grow the program. The funds will be used, in part, to defray salary and lab start-up costs for fellows who are hired by UC as faculty.

"We want these fine scholars and scientists coming to our campuses to stay and join our faculty,” Napolitano said.

But while UC has been more successful in recent years in hiring new faculty from underrepresented groups, minorities and women still make up a smaller percentage of new hires at UC than they do among the pool of Ph.D. students nationally. Those behind the UC President’s Postdoctoral Fellowship Program hope to change that by attracting researchers who demonstrate they are UC faculty material and then providing them with the training and opportunities to help them compete for highly selective tenure-track positions.

In 2003, the program added a hiring incentive to make it easier for departments to bring fellows on board as tenure-track faculty. The incentive has more than quadrupled the number of fellows launching careers as UC professors. The incentive covers a portion of salary and lab start-up costs for up to 12 newly hired fellows each year. Napolitano's funding has now expanded that support for up to five additional hires a year.

“A lot of departments are very restricted by funds and don’t necessarily have the ability to hire everyone they want to hire,” said Philip Romero, a second-year fellow at UCSF in bioengineering. “This helps them do that.”

When Romero began the fellowship, colleagues told him he likely would be recruited for faculty positions. But, he had his doubts. “Academia is so competitive, I didn’t believe them,” he said. A few months ago, the chair of the chemical engineering department at UCLA contacted Romero and suggested he apply for a position.

“It was the only position I applied to,” he said. Romero will be joining the engineering faculty at UCLA in 2015-16.

A Native American from a small town in Alaska, Jessica Perea (in the video below) received her Ph.D. in musicology from UCLA. After completing her fellowship, she became an assistant professor at UC Davis. Perea teaches and does research on urban Alaskan native music- and dance-making.