When Alex Dunkwu, UCLA Afrikan Student Union co-chair, learned in an announcement from Chancellor Gene Block that UCLA would launch a Black student resource center, he said that he and other Black students’ reactions could be summed up in one word: “elation.”

“There’s a lot of excitement,” said Dunkwu, a third-year molecular, cell and developmental biology major, “especially from some of the upperclassmen who know the history of how long the Afrikan Student Union and Black students have been fighting for a center like this on our campus.”

Immediately following the chancellor’s announcement, Amanda Finzi-Smith, the Black Bruin Resource Center’s interim program director, began working to get the center up and running. While the center was born in the middle of the pandemic in summer 2020 and therefore had to exist first as a virtual space, a second birth will take place on campus in fall quarter with the grand opening of the center’s brick-and-mortar location in Kerckhoff Hall.

The physical space measures 1,500 square feet and includes space for meetings and community programs. There will also be computers and a printing station for students to use. The center will have couches and seating as well as monitors for lectures, meetings and watch party events like March Madness.

“The plan for the center is to make it feel like a living room, so you come in, you hang out, you gather with friends, you play dominoes, you play spades,” Finzi-Smith said. “You just feel at home.”

‘A place to be fully Black without consequence’

Black students, past and present, had long lobbied for an on-campus space to serve their needs.

Appointed by Monroe Gorden, vice chancellor of student affairs, Finzi-Smith envisions the center as a hub with spokes that reach into every corner of campus — a hub that all Black and African diaspora students can access.

Beyond academic support, mental health is a major focus for the Black Bruin Resource Center, or BBRC. Some Black students don’t always necessarily feel comfortable and welcome in all spaces at all times on campus, Finzi-Smith said. The center, in alignment with student feedback gathered in focus groups, is designed to provide a space for Black students to find and create community.

“I think the establishment of this center finally gives the Black student population a place to just be — a place to exist, a place to be fully Black without consequence,” Dunkwu said. For him, it’s vital that the center always remain student-focused and responsive to student voices. 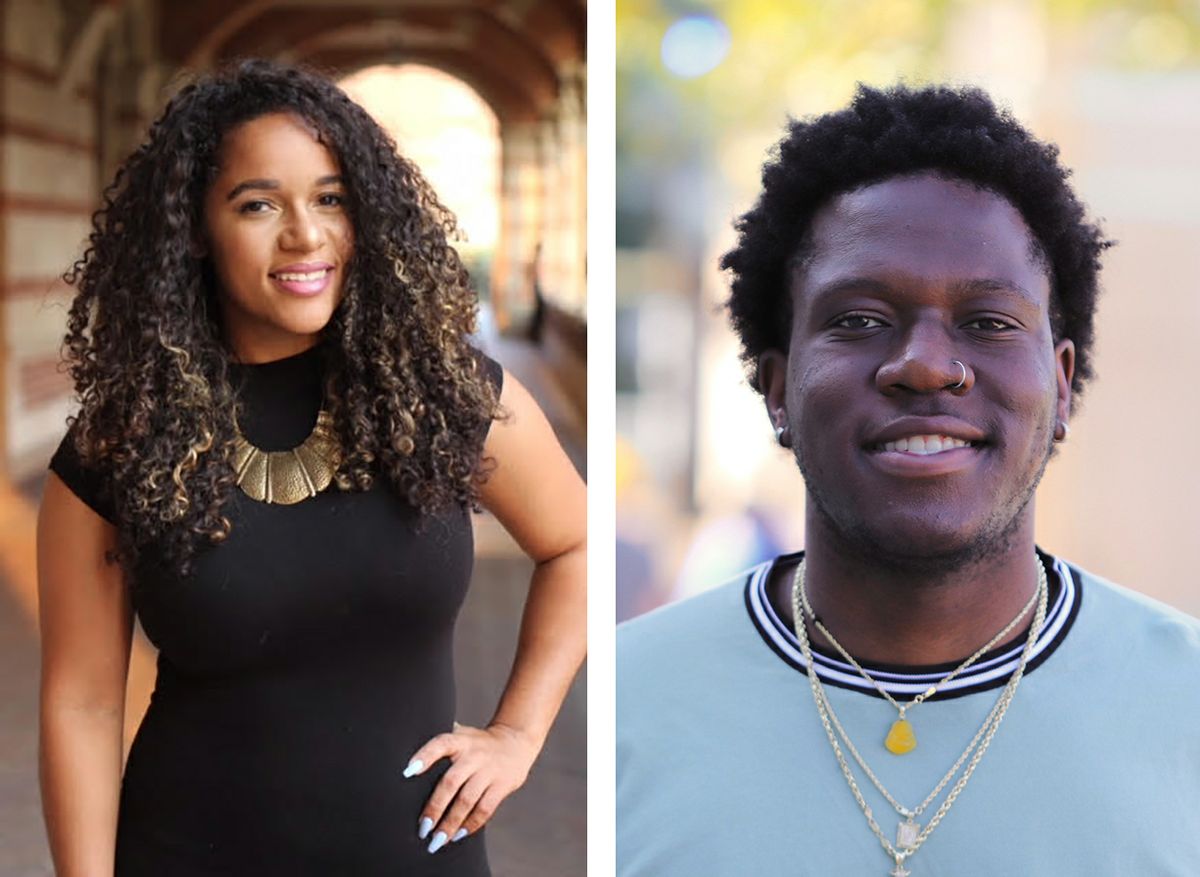 “I continue to be impressed by our students,” Gorden said. “The success of the Black Bruin Resource Center will be dependent on our ability to center student voices, perspectives and experiences in the programs and services that are provided. I am confident that the continued collaboration between faculty, staff, students and community will make the BBRC a vibrant space on campus.”

Alexandria Davis, former ASU co-chair, organized the Cultivating Unity for Bruins referendum in spring 2020’s Undergraduate Students Association Council election. The referendum, which would have funded a Black resource center, garnered 49% of the vote, just shy of passage. At the time, the defeat of the referendum felt to the students like more than the temporary setback it would end up being.

Dunkwu, ASU co-chair Simone Walker and a handful of other dedicated students have been involved at every turn of the center’s development, from collaborating on writing its bylaws, to helping to make decisions about budget allocations. But Dunkwu said their work is built atop that of previous student leaders like Davis.

“She did a really good job of carrying the baton and handing it to us, so Simone and I could run it across the finish line,” he said of Davis resurrecting the request for a Black resource center.

Even without a physical space, Finzi-Smith knew students needed something from the center immediately and that she and her team had resources to offer. So even while mired in a pandemic, the center has been offering virtual programs. Finzi-Smith had a head start running remote events after arranging virtual programming for the Black Community Center at UCLA, where she contributed in an advisory role. The Black Community Center, a space for students located on the Hill, had its grand opening in the first week of March 2020, shortly before COVID-19 forced most of the campus to go remote. Finzi-Smith worked on their transition to virtual; Zoom events and Instagram talent shows and takeovers were popular ways to keep students engaged from afar.

Fast forward to June 2020 and the anguish in the Black campus community over the deaths of Ahmaud Arbery, Breonna Taylor and George Floyd. In the wake of the social justice movement on campus and around the nation, Block and Executive Vice Chancellor and Provost Emily Carter committed to the creation of the center. Finzi-Smith said the student energy and activism paid off, resulting in the creation of the Black Bruin Resource Center. 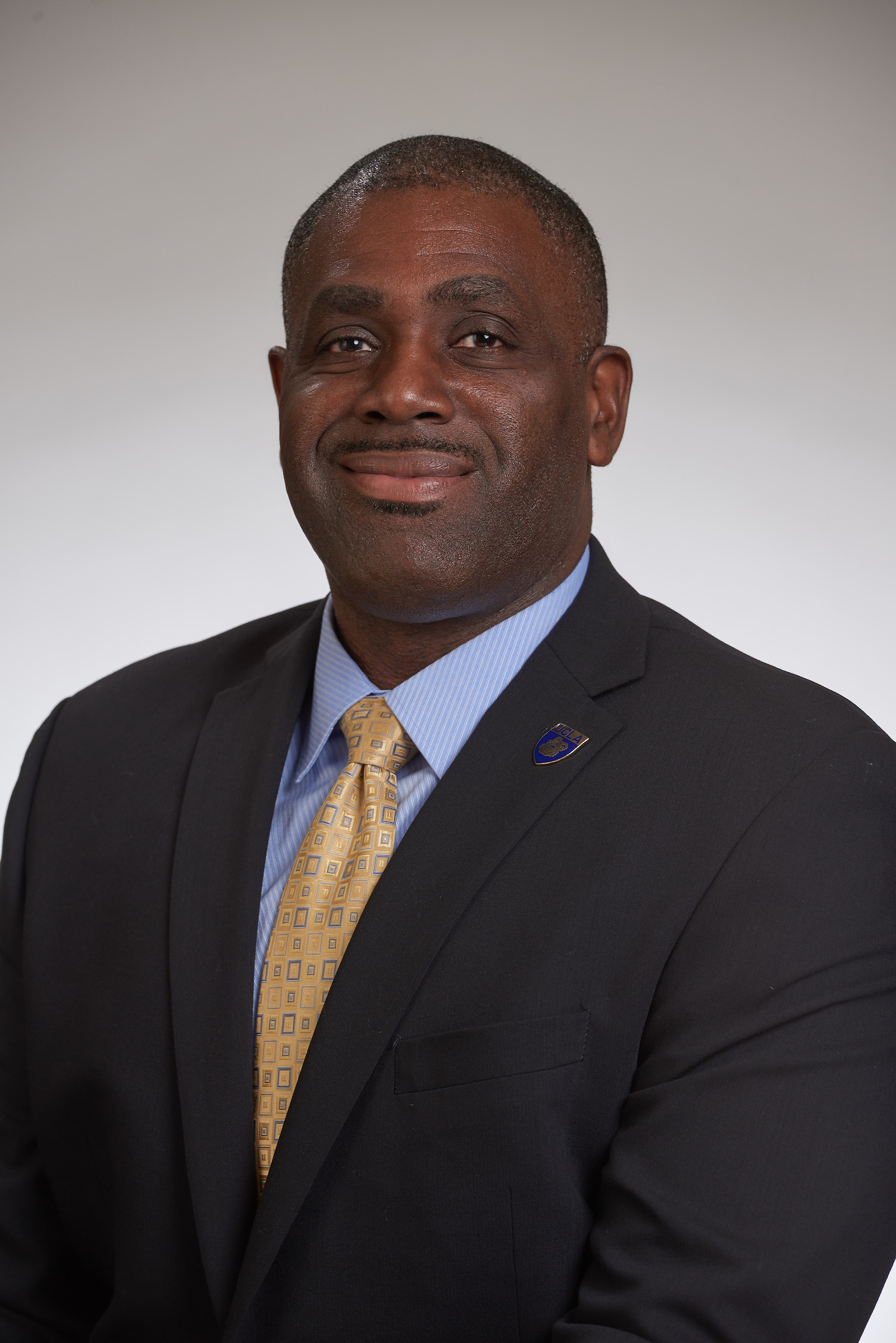 The newly minted center kicked off its virtual programming with the Black Bruin Discussion Series in August. The six-week series of discussions addressed sexual assault both within and beyond the Black Bruin community. Nicole Green, executive director of both UCLA Counseling and Psychological Services and the Campus Assault Resources and Education Program, was instrumental in working with Finzi-Smith and the center to put the series together. The popularity of the initial series has prompted its return in each subsequent quarter. Not all of the events have been as heavy. Game nights and other fun activities have also been a part of the center’s virtual programming, which has attracted not only students but also staff and faculty attendees.

What’s ahead for the center

Finzi-Smith has cultivated partnerships with campus units like undergraduate admission and the Ralph J. Bunche Center for African American Studies to keep Black students connected to one another and to research by Black faculty. The Bunche Center will work with the BBRC to conduct exhaustive research on the center as it gets off the ground. Survey data gathered over the course of the on-campus center’s first year will drive a full qualitative and quantitative study. Such research projects will inevitably help the BBRC grow by targeting its services, programming and funding to the best effect.

Another feature Finzi-Smith will institute is liaison hours; the center will invite people from a wide array of campus entities, and Black alumni in various professional fields, to spend up to eight hours each week within its walls. Black students who frequent the center will get to know individuals from across campus and become more familiar with the units those liaisons represent. Ultimately, this program will work toward ensuring Black Bruins feel comfortable anywhere and everywhere in the greater network that makes up the UCLA community.

Finzi-Smith is also working hard to secure donations for the center. After sharing her vision for the center with Bob and Jane Bessin, the UCLA donors were so impressed that they committed $25,000 for the center’s discretionary fund and offered to create a fundraising group for it.

“My goal,” Finzi-Smith said, “is to provide students a place on campus to connect, learn about and embrace their own identities as well as those of others and feel at home with the rest of campus.”