The UCLA Herb Alpert School of Music has created the Center for Musical Humanities to advance interdisciplinary interest in music and the humanities across the university. Administered by the school of music, the new center has an advisory board that includes faculty from  a broad range of disciplines, including music; the humanities; social sciences;  theater, film and television; and the arts and architecture.

“The Center for Musical Humanities builds upon the school’s commitment to interdisciplinary study and highlights the close collaboration between musicology and the humanities,” said Judith Smith, founding dean of the Herb Alpert School of Music.

The director of the center, musicology professor Raymond Knapp, said, “Public events sponsored by the Center for Musical Humanities will bring together scholars and performers from the school of music with faculty and students from the humanities and other disciplines — from UCLA and beyond — and include collaborations between scholarship and live musical performance."

On Monday, May 8, the center will debut with its inaugural event, "Anthem: Remixing Race and Nation," at Schoenberg Hall from 3:30 p.m. to 9:15 p.m. The events are free and open to the public. Comprising a symposium during the afternoon and a live performance leading to a panel discussion in the evening, the program will address the many facets of the nation’s current political climate by focusing on the political protests and historic controversies generated by performances and re-imaginings of “The Star-Spangled Banner."

The program’s curator and symposium moderator, Shana Redmond, an associate professor of musicology and African-American studies at UCLA, is an interdisciplinary scholar of music, race and politics. She is also the author of an acclaimed book "Anthem: Social Movements and the Sound of Solidarity in the African Diaspora."

In the afternoon, panelists will cover related topics:

• Robert Fink, a professor of musicology and chair of the Herb Alpert School of Music’s minor in music industry, will discuss Jimi Hendrix's seminal performance of  "The Star-Spangled Banner" at Woodstock in 1969.

• Cecilia O'Leary, a professor of history at CSU Monterey Bay, will give an overview of nationalism and nationalist symbols in the 19th century.

• Wade Dean, a graduate student in musicology at UCLA, will discuss Marvin Gaye's reimagining of "The Star-Spangled Banner" at the 1983 NBA All-Star game. 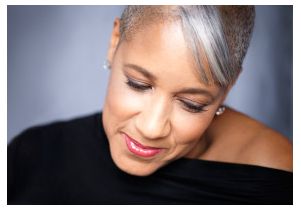 The evening concert will begin with transgressive performances of the national anthem, some performed by UCLA students and faculty, and others compiled in a brief video montage drawn from history. The evening's performances will conclude with Grammy-nominated songwriter and jazz vocalist René Marie singing the black national anthem, "Lift Ev'ry Voice and Sing,” sung to the tune of "The Star-Spangled Banner."

Following her performance will be a discussion of recent protests associated with the anthem, led by UCLA faculty members Shana Redmond and Robin D.G. Kelley.  Rene Marie will join Mahmoud Abdul-Rauf, whose protests over the national anthem led to a foreshortened career in the NBA.