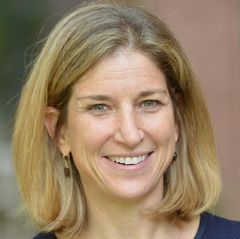 Jill Horwitz is a professor in the UCLA School of Law. Ellen Meara is a professor at The Dartmouth Institute for Health Policy and Clinical Practice and a public voices fellow in the Op-Ed Project. This op-ed appeared in USA Today.

Nearly half of all Americans know someone addicted to prescription painkillers. State lawmakers have responded forcefully, passing dozens of laws to tackle the problem.

Unfortunately, there has been little evidence that the laws work. In fact, in the most comprehensive study to date, we found that they have given little relief to especially vulnerable patients.

From 2006 through 2012, states enacted 81 laws regulating the doctors, pharmacists and patients. These included statutes to prevent patients from “doctor shopping” and laws requiring doctors to use tamper resistant prescription pads that prevent fraud. They also include laws setting up state prescription monitoring programs — programs that allow medical professionals, law enforcement and medical licensing boards to access data on controlled substances dispensed in that state, identify patients at risk of substance abuse, and catch fraudulent prescribing.

Against this backdrop, our research team at Dartmouth and UCLA studied the effects of these laws on a population at especially high risk: disabled adult workers under 65 and insured by Medicare. These 9 million Americans accounted for roughly one in four prescription opioid deaths in 2008. Not surprisingly, almost all of them suffer from precisely the sort of painful conditions that tend to drive opioid use in the wider population, problems like back pain and arthritis.

When analyzing more than 2 million disabled workers across the country over seven years, none of the laws we traced had a measurable effect on opioid-related use or overdose. As described in our paper in the , in 2012 alone, 22 percent of disabled workers in our study filled opioid prescriptions regularly throughout the year, up from 16 percent in 2006. In every year, a fairly steady 8 percent of these disabled workers received prescriptions from multiple prescribers, and 5 to 6 percent received high daily doses of opioids. Both behaviors are risk factors for fatal opioid overdose. Annual rates of treatment for prescription opioid overdose rose from 2 per 1000 in 2006 to 3 per 1000 in 2009 and then leveling off.

In the end, the laws didn’t make a dent. No individual type of law changed prescribing patterns. And it didn’t matter if states experimented with only one or a few of them. We saw the same broad contours of opioid sales and overdose in virtually every state, with risky opioid use and nonfatal prescription opioid overdose rising through 2009 — before legislative efforts took off — and leveling off slightly afterward.

We could simply hope that just because controlled-substance laws didn’t work to slow the trend of opioid use in our patient population, others are doing better. But trends don’t look good. deaths from prescription opioids in the U.S. reached a new peak in 2014, exceeding 14,000 deaths. And for every death, there are even more people struggling with addiction and misusing prescription opioids, leading to consequences like a tripling of positive opioid tests among drivers who died within one hour of a crash. Most recently, mortality rates in the U.S. rose from 2014 to 2015, a disappointing trend fueled in part by drug- and alcohol-induced deaths, suicide and car accidents.

On a positive note, the federal government shows signs of moving in a more promising direction. For example, clinical evidence supports the use of medication assisted therapy to reduce drug use and craving among patients addicted to an opiate. Similarly, clinical evidence backs the use of naloxone to reverse the effect of an opioid overdose, preventing death and reversing overdose in most cases. Expanded access to both of these clinical interventions is included in a bill signed by recently in a rare display of bipartisan cooperation.

Unfortunately, Congress failed to provide significant funding for this bill — meaning that efforts to combat opioid abuse will continue to be largely left to the states for the foreseeable future. Will states be brave enough to recognize if they’re on the wrong path?

We’ve seen lots of good intentions. What we need is good outcomes.