UCLA’s Paul Von Blum has dedicated his life to the civil rights movement. He has testified against the Ku Klux Klan, participated in sit-ins and worked with the Student Nonviolent Coordinating Committee. Today, he continues to be an active ally in the fight against injustice.

The exhibition, which Von Blum curated along with Roise Lee Hooks, director of the Watts Towers Arts Center, features works in a variety of mediums, ranging from painting to sculpture to photography.

Why was this exhibition hosted at the museum in Watts?

I selected the Watts Towers Arts Center because it is one of the historic venues for exhibiting African-American art in this region. For many decades, it has been a place that has showcased some of the leading figures in this tradition. Moreover, I have worked closely with several of its directors for many years, including John Outterbridge, the late Willie Middlebrook, Mark Greenfield and the current director, Rosie Lee Hooks. I have previously co-curated an exhibition on Charles Dickson, who is also in the exhibition.

How long were you working on this exhibition?

I started working on the exhibition in late December and worked extensively on gathering works and contacting the artists throughout the winter quarter. 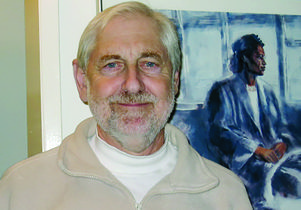 Why do you think it’s important to support African-American artists?

Even now, African-American artists are underrepresented in mainstream art work institutions. They appear only infrequently in major museums and commercial galleries and only receive marginal critical attention in academic and journalistic criticism. This is changing, but very slowly. Exhibitions like “Creative Souls,” I hope, help bring talented women and men to greater public attention and exposure.

How is the work of the L.A. artists different from other places?

There is an extraordinary community of African-American artists here in Los Angeles. They have formed a close bond and often socialize with one another; of course, some are closer to one another than others, but many use their art to address regional issues.

Why did you pick the pieces you did? As I walked around the exhibit I definitely felt there was a theme of “resistance.” Was there a uniting theme other than the artists being from Los Angeles?

Resistance is, in fact, a major theme. The exhibition is based on my new book of the same name, “Creative Souls,” published recently. All my art writings are informed by my decades of social and political activism. All the artists know that I was a civil rights activist in the South and California in the early 60s, and continuing, and I selected many works that expressed strong and powerful anti-racist sentiments. 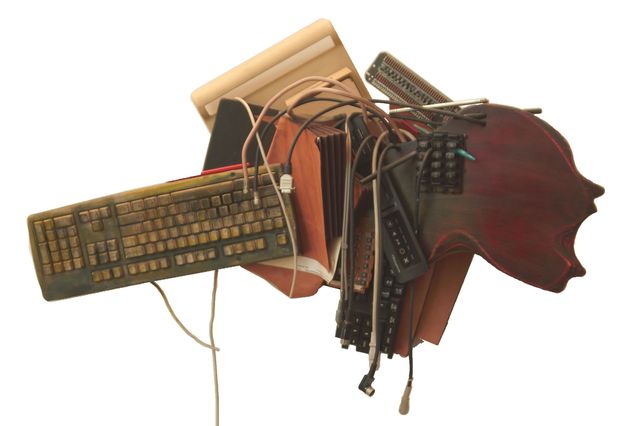 “Secretary’s Day” by Joe Sims. Image courtesy Paul Von Blum.
“Secretary’s Day” deals with the oppression of pink collar workers, which are those who are employed in a job that is traditionally considered to be women’s work.

Do you have a favorite piece of art in the exhibit?

It’s difficult to single out any specific work, but I chose Phoebe Beasley’s “Mother to Son” for the postcard to announce the exhibition. This work has a woman holding a sign saying, “DON’T BUY WHERE YOU CAN’T WORK.” I carried the same sign on Canal Street in New Orleans in the early 60s when I was assaulted by two racist white thugs. This work has special personal significance for me.

How does the exhibit relate to your experience with activism and civil rights? Some of my favorite pieces were the works that featured prominent moments in the civil rights movementm, like the picture with Emmett Till, as well as some that relate to the current Black Lives Matter movement.

I have a strong commitment to civil rights. This has informed my work as a curator in this and other exhibitions. I teach African-American Studies and I was involved in its creation back in 1969 at UC Berkeley. I support the Black Lives Matter movement.

What do you hope people take away from the exhibition?

I hope that people appreciate the power of African-American visual art and reflect about the very important issues that these powerful historical, social and political issues these artworks raise.

Where else do you hope to see these pieces of art?

In Los Angeles, they can see them at the California African American Museum, the Museum of African American Art, the William Grant Still Art Center, SPARC and in various murals and other venues.

“Creative Souls” will run through July 8 in the Noah Purifoy/Charles Mingus Gallery at the Watts Towers Arts Center.