When elementary school teacher Cheresse Thomas taught virtual summer school to help keep kids busy during the pandemic, math and science were on the menu — and so were smoothies and ceviche.

Thomas’ students — kindergarteners and first- and second-graders — were among some 1,700 K–12 students from across the Los Angeles Unified School District participating in a new UCLA science and food class. Teachers from more than 40 classes customized the course outline to their students’ age level, teaching them the science behind each week’s recipe — and sharing the grocery list. That prepared them for the live weekly cooking webinar and Q&A session with UCLA’s partner Bill Yosses, former pastry chef for the Obama White House.

“The cooking demonstrations really got the students’ attention,” said Thomas, who currently teaches third grade at Yes Academy in the South Los Angeles neighborhood of Hyde Park. “The next day they’d come back saying, ‘Ms. Thomas, Ms. Thomas, I made that recipe just like Chef Yosses!’ They were building all these connections as they learned about photosynthesis and chlorophyll, as well as which foods were healthy. They were fascinated.”

With teachers still seeking new ways to engage students remotely as school closures continue, the distance-learning strategies from this summer’s science and food class offers several appetizing ideas. After all, students not only learned cooking from Yosses; they also learned about biology, chemistry, agriculture, planetary health, nutrition and more from the chef and a variety of guest speakers, including UCLA scientists and a NASA astrobiologist.

The curriculum was developed by UCLA biophysicist Amy Rowat, creator of the popular “Science and Food” class at UCLA, with other UCLA experts, Yosses and an LAUSD instructional coordinator. That team then handed it over to dozens of K–12 teachers to customize. 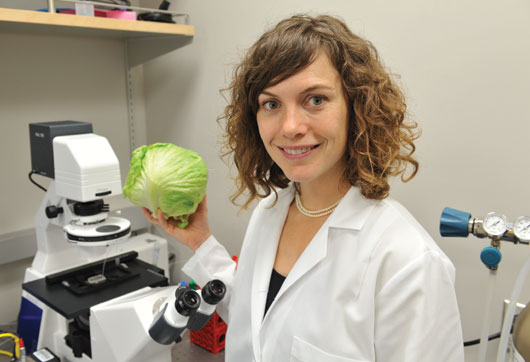 “One of the overarching goals of the science and food approach is to use food, which is so accessible, to help people understand science, which does not feel accessible to us all,” Rowat said. “I want to help students feel excited to take more science classes and to give them a deeper appreciation of not only food but all the beautiful science around us in our everyday lives, so they feel confident and excited to take more science classes.”

With many students cooking along in their kitchens at home while Yosses taught from his kitchen in Manhattan, it’s a course that could only happen virtually.

“It removed the geographic barriers — after all, when did you last have an industry expert in your class every week talking to you, answering your questions live?” asked Danielle Paul, who coordinated the class for the LAUSD, working with UCLA and Yosses to tease out the high-priority activities for the course and fit them into a week-by-week playbook. Paul held daily office hours on Zoom, often with Rowat and Yosses, to answer teachers’ questions on everything from teaching the science to kosher alternatives for the ceviche recipe.

When the LAUSD first decided to offer summer enrichment classes on a massive scale, it got the attention of Dr. Wendelin Slusser, associate vice provost for the Semel Healthy Campus Initiative Center at UCLA, which was envisioned and is supported by philanthropists Jane and Terry Semel. Among other things, the center had supported the efforts of Rowat’s team, including graduate student–turned–staff member Catie Imbery, in adapting the popular UCLA science and food course for a local high school. 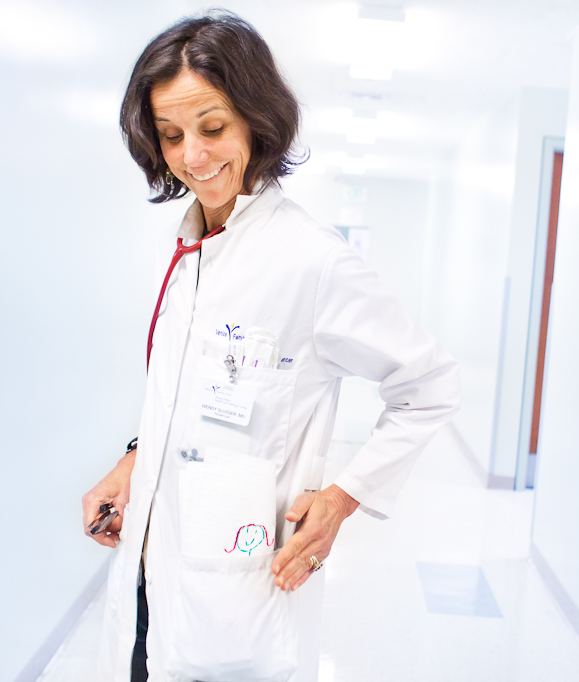 Just as Rowat and her team aspired to connect with more students, Slusser and others at the Semel HCI had been hoping for years to teach a large number of students about the importance of nutrition and the science behind it. A summer class with the second-largest school district in the nation was the perfect opportunity, Slusser said, and she reached out to the LAUSD to get approval. After weeks of collaboration, hundreds of students were enrolled in the joint UCLA–LAUSD Science of Nutrition and Culinary Arts summer enrichment course.

“It was a dream come true,” Slusser said.

Chef Yosses, who had partnered with UCLA on several previous projects, had long been focused on the way cooking could be used to teach about nutrition, health and science — an interest that  expanded when, as first lady, Michelle Obama became an advocate for access to healthy food.

“What I’ve seen, in the UCLA class and in the White House, is that if a kid plants it or cooks it or even draws a picture of it, they’re much more likely to eat it,” Yosses said. “Somehow, when they make it, it always tastes good.”

While Yosses has done past seminars to show teachers how to incorporate science and cooking into a lesson, concerns about bringing potential allergens or hotplates into a classroom derailed many teachers’ plans to replicate the chef’s ideas. Remote learning, while difficult in many other ways, actually made it easier to cook “in” class.

Yosses taught younger students how putting vitamin C in a blueberry smoothie keeps oxygen from making the fruit brown — and encouraged the boy who put in way too much vitamin C that he didn’t do “something wrong,” as the student thought, but “something new,” creating a gel by activating the pectin in the blueberries. The same lesson for older students included details about antioxidants, the role of polyphenols in browning and the potential evolutionary benefits for the blueberry plant. 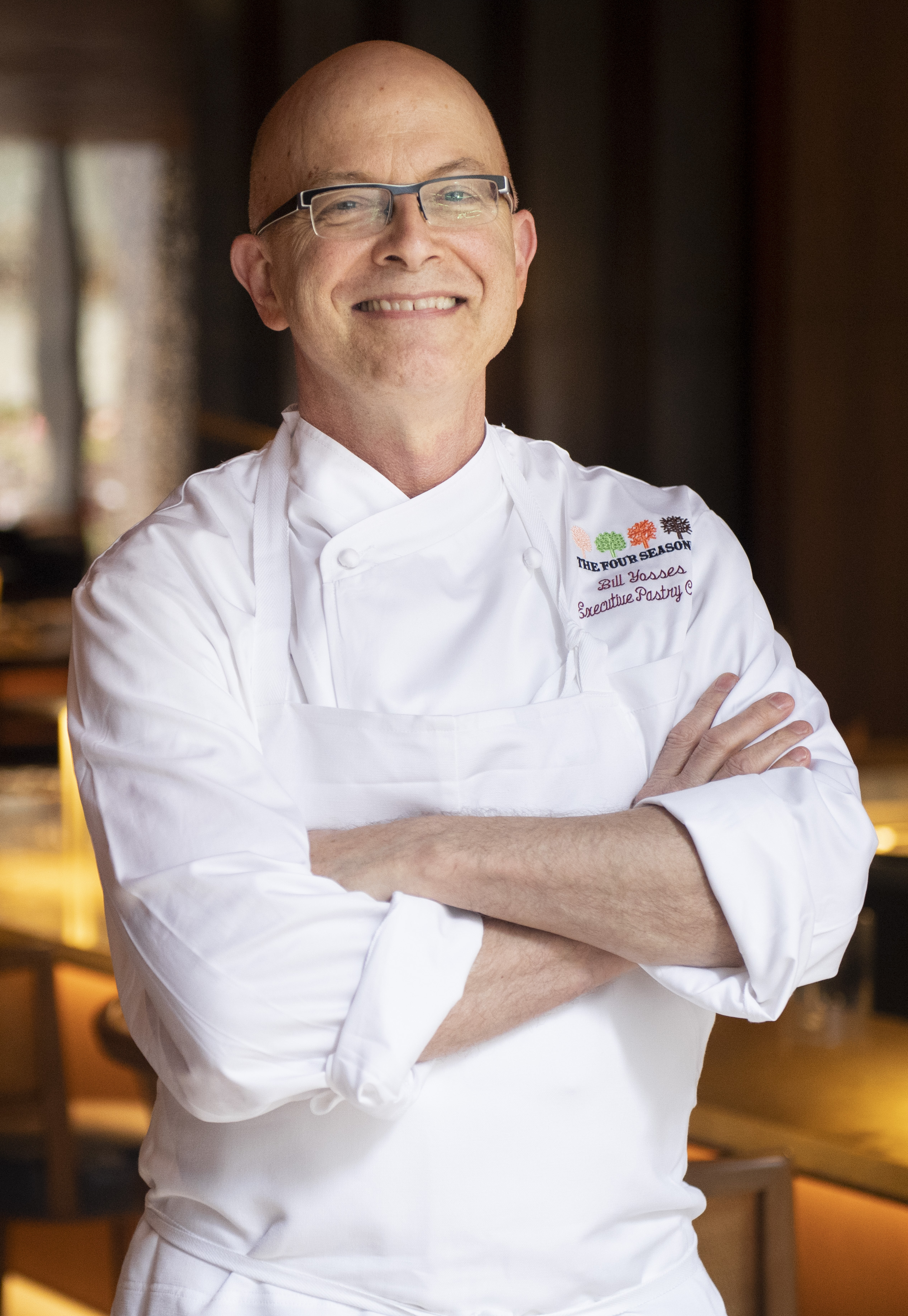 Guest speaker Jennifer Jay, a UCLA engineering professor with expertise in sustainability and food, taught students about planetary and environmental health with a special calculator that gauges the carbon footprint of different foods. NASA astrobiologist Steve Howell talked about analyzing light from millions of miles away and related it to the light spectrum and the colors of different foods. UCLA medical student Christopher Hinds explained how different foods help or hurt the immune system — a popular topic during the pandemic.

The class was supported in part by the Semel HCI and the UniHealth Foundation, and many of those involved hope UCLA’s culinary science studies will become a permanent fixture of the LAUSD curriculum, ideally as a college-preparatory science course, Slusser said.

This fall, many of the K–12 science and food teachers are applying the research-based tools they tested out while teaching remote summer school. Now that every guest speaker is visiting via video chat, guests can come from anywhere, not just the Los Angeles area, said the LAUSD’s Paul. Show-and-tell items can come from the kitchen, and drawing assignments give students something tangible to remind them of what they learned.

“A lot of our younger students made class cookbooks together,” Paul said. “I had parents contacting me to say, ‘Now my daughter cooks and creates her own recipes.’ This wasn’t staring vapidly at a computer. They were sharing and learning.”

The students bubbled over with questions during the live chats. They were fascinated when Yosses was joined by Mexican American chef Marcos Gonzalez and Gonzalez’s daughter Maria to make a Mexican corn–and–black bean salad as a segue into talking about farming and how nitrogen in the air is converted into compounds in the soil. During conversations about food chemistry and the science of cooking, Rowat was besieged with questions about how long she had to go to school to become a scientist and what a research lab was like.

“I hope teachers got a glimpse of some new tools they could use to get their students more engaged in the science that’s all around us, and do live experiments,” Rowat said. “Every time you cook, it’s an experiment.”

And thanks to the science and food class, there are even more budding scientists experimenting in Los Angeles.

Below, Chef Yosses, with the help of astrobiologist Steve Howell, teaches students how to make ceviche.