Leana Taing used her UCLA School of Law education to close a circle that had opened half a world away before she was born. One summer while in law school, Taing — a Stockton native whose parents had fled the murderous regime of Cambodia’s Khmer Rouge — served an internship at the Extraordinary Chambers in the Courts of Cambodia, helping to prosecute war crimes.

It was an unforgettable experience — one that she said she owes to the UCLA Law Fellows Program for putting her on the right career path.

“Without the Law Fellows [Program], I would not be where I am today,” said Taing, who is now an attorney representing indigent parents in Los Angeles County Children’s Court. “I’m sure people have said that before, but I was thinking about how you make choices seemingly insignificant at the time, and the ripple effects can change the direction of your life. That’s what law fellows did for me.” 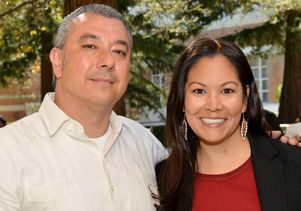 UCLA
Leo Trujillo-Cox is founding director of the Law Fellows Program. Monica Mar is assistant director of academic outreach and development at the law school.

Now in its 20th year, the program, run by UCLA School of Law, demystifies law school for undergraduates from various colleges and universities, who aspire to law careers. For five months during spring semester, they attend Saturday academies at UCLA, where they are given the tools and guidance to succeed in law. So far, more than 1,600 undergraduate students have participated in the program. Of these, about 600 fellows have gone on to law school, including more than 100 who, like Taing, became UCLA law students. Fellows are overwhelmingly from backgrounds that are underrepresented in the legal profession, including many people of color.

Taing became interested in doing public interest work early on. When she was growing up, she recalled, “There was a lot of gang activity in Stockton and a lot of resentment aimed at refugees.” She watched as many Cambodian immigrants were deported for committing aggravated felonies, and she felt an urge to help and assist those with limited means and scant understanding of the legal system.

For many of the same reasons, undergraduates from across California and other states apply to the Law Fellows Program; approximately 100 students are then selected. Admission to the program is competitive, but free of charge. They gather each Saturday at the UCLA School of Law to attend lectures by faculty and meet with current law students who mentor them. They also connect with former law fellows who have gone on to successful careers at top firms, in public service or in government. Fellows who complete the coursework receive a free LSAT prep course.

Leo Trujillo-Cox, who earned his J.D. from UCLA Law in 1997, runs the program. At UCLA, he became president of one of the first classes at a top-20 law school to have a majority of its members come from minority backgrounds.

But by the time Trujillo-Cox graduated, Proposition 209, which effectively ended affirmative action in California, had contributed to a severe drop-off in minority applicants to law schools. Trujillo-Cox was tapped by then-Dean Susan Westerberg Prager to help bolster diversity at UCLA Law at a time when there were few non-white undergraduates with competitive GPAs and LSAT scores applying. And competition for these applicants by rival institutions unburdened by restrictive state laws was fierce.

“My thought was: Why fight over a small pie when we can expand it?” said Trujillo-Cox, who is currently the school’s executive director of academic outreach and development. “Why not grow that pie and also create a pool of students that are sharp, deserving and closely linked to the school? We would do a service for UCLA Law and, since many students would also go to other law schools, we would serve the profession.” 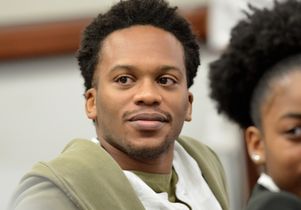 UCLA
Members of the 2017 class of law fellows

Since then, the trailblazing initiative has become a model for other colleges and has garnered widespread support. Last year, the Law Fellows Program received a $125,000, two-year grant from the nonprofit Access Group. The California State Bar Foundation recently renewed its annual commitment to support a Law Fellows Program at UC Merced to assist students from California’s Central Valley. The University of California Office of the President has allocated funding for the program to provide three years of LSAT tutoring and counseling for undocumented undergrads interested in a law career. The program has also attracted funds to help former foster children and second-time takers of the bar exam.

“Having a diverse student body contributes in deep and fundamental ways to UCLA Law’s twin pillars of access and excellence,” said Dean Jennifer Mnookin. “For many law fellows, setting foot in our building is the first time they’ve ever met a lawyer, and Leo and the Law Fellows Program clarify the application process and provide students with tools and a perspective that will help them gain admission to law school and succeed once they are there. The law fellows who end up joining us here at UCLA Law unquestionably broaden the perspectives that we bring to our building, to everyone’s great benefit.”

‘This is you in a couple of years’

Early on a Saturday in January, a fresh group of 95 law fellows met at UCLA Law for their first Saturday academy. Some had made their way from San Diego, Berkeley and as far away as New York. At least one law fellow had crashed on a sorority house couch. All were there on their own dime.

Trujillo-Cox welcomed them into the “law fellows family.” Fellows would know each other for the rest of their personal and professional lives, he told them. For this first session, the undergrads heard from UCLA law professor emeritus Paul Bergman, co-author of “Reel Justice: The Courtroom Goes to the Movies,” who used clips from “The Paper Chase” and “Legally Blonde” to emphasize the rigors of law school. Law professor Pavel Wonsowicz then introduced the Socratic method to give students a taste of how attorneys formulate legal arguments. Finally, a panel of former fellows spoke about their individual paths to becoming successful lawyers.

“This is you in a couple of years,” Trujillo-Cox told the undergrads.

Like Taing, many of fellows in the 2017 class come from immigrant families or are first-generation Americans. Several also benefit from the Deferred Action for Childhood Arrivals (DACA) policy that delays deportation for undocumented people who came to the U.S. as minors and allows them to seek work permits.

Viridiana Inguanzo, a 2017 fellow who is a UC Berkeley senior and a DACA recipient, said the Law Fellows Program is crucial for her aspirations. “It’s super-personal for me,” she said. “My career and my life are basically on the line with all of the policies that Trump wants to put forward, so I feel that being in the legal field is a way that I can help my community most.”

The program’s free LSAT prep course was a big draw for Paola Dela Cruz, a senior at UC Santa Barbara. “I would have to apply for other scholarships or work extra hours to be able to pay for something like that,” she said.

Her first taste of legal education at the Saturday academy left her fully charged. “Sitting in the classroom where law students learn, I literally felt the blood rushing through my veins,” Dela Cruz said. “It became so much more real. Like, it’s possible: I’m doing it. We’re all doing it.”

This story is posted on the UCLA Law website.