UCLA police have arrested a Los Angeles man in connection with the recent burglary of laptop computers from a campus library and the student union store.

Seyed Ali Pakizehkar Hesari, 29, was booked Nov. 11 on two counts of burglary and transported to Los Angeles County Men's Central Jail in downtown Los Angeles. Bail was set at $40,000. Hesari is not currently enrolled as a UCLA student but had been a history undergraduate as recently as March. 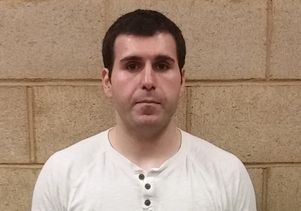 Campus police said more than 50 laptops stolen from campus were recovered late Tuesday when they served a search warrant at Hesari's residence in the 6900 block of Melrose Avenue.

Acting on tip about a man on campus matching the description of a burglary suspect made available Monday, police said they made contact with Hesari in a recreation center on campus. He was wearing sweatpants and shoes similar to those worn by a suspect in surveillance footage. Police detained him for questioning about 1 p.m. Tuesday and executed a search warrant late Tuesday night.

Police said they believe Hesari is responsible for the Nov. 8 burglary of Charles E. Young Research Library and the Sept. 28 burglary from Ackerman Union.  Security footage of the library shows a suspect using a blunt object to break an exterior ground-floor window to enter the facility at 2:26 a.m.  and then breaking a window on the door to an equipment room where laptops are loaned to patrons. Taken were fifty-five Apple laptops with an estimated value of $33,000. Police said two Apple laptops were stolen during an earlier burglary of the Ackerman Union computer store on Sept. 28.

“This arrest in an example of not only exemplary work by UCLA police patrol officers and detectives but also our partnership with the campus community to apprehend a suspect who has been targeting campus property,” said UCLA Police Chief James D. Herren.