As UCLA graduate student Bryan Kirschen tried to start his weekly class in Judeo-Spanish at the Skirball Cultural Center in Los Angeles, his unruly students, all in their golden years, were getting out of hand, vying for his attention.

In their excitement about the subject of his class, one student urged him to copy a CD of songs in Judeo-Spanish, also known as Ladino, a language that Spain’s Jews took with them when they were expelled during the Inquisition. Another wanted him to look over her family’s 19th century Torah, half of which is written in Hebrew, the other half in Ladino. A third student tried to get him to admire her heirloom scarf.

Meanwhile, two other students had already left the class to chat in the hallway because they had just discovered they were distantly related.

“They just get so excited that keeping control can be a challenge,” Kirschen later admitted of his Ladino class that consists mostly of retired Sephardic Jews. 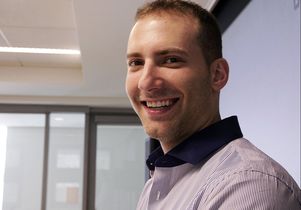 Christelle Nahas/UCLA
“Everybody in the Ladino field
knows Bryan.”
– Rachel Bortnick, whose Yahoo group
has followers in 40 countries.

The Ph.D. candidate in Spanish linguistics has only himself to blame. In his five years at UCLA, Kirschen has developed an international reputation as a tireless advocate for the endangered language that is often described as the Spanish equivalent of Yiddish.

Through research, conferences and classes both on and off campus, Kirschen is rekindling passion for this spicy linguistic brew of 15th century Spanish, Hebrew, Greek, Turkish and Arabic.  And he’s winning over not just Jews to Ladino, but a Presbyterian, a Mormon and an astrophysicist who was raised Catholic, all students in his weekly class at UCLA.

Most of the activities around Ladino are sponsored by ucLADINO, a student-run organization that Kirschen co-founded five years ago.

Under his direction, the group hosts an annual conference on campus. This year, it will be held on March 3-4. The ucLADINO Judeo-Spanish Symposium is believed to be the only ongoing scholarly conference dedicated to Ladino in the U.S. First held four years ago, the event has grown from a one- to a two-day affair, and attendance has tripled, drawing Ladino experts from all over the world as well as community members — most in their 70s and 80s — who grew up speaking the language or hearing their “nonas” or “papus” doing so.

“Fifty years ago nobody would’ve imagined that Ladino would have a second life,” said Rachel Bortnick, a retired teacher of English as a second language in Dallas, Texas. She runs a 16-year-old Yahoo group for Ladino speakers. “The conference gives me hope that it’s possible.”

A highlight this year will be the Southern California premiere of a documentary that Kirschen recently completed with independent scholar Susanna Zaraysky.  “Saved by Language” (See movie trailer below) tells the story of a Bosnian man whose life was saved on two occasions during World War II because he was able to speak Ladino and make himself understood by both an Italian and a Spanish speaker. Ladino is close to both languages.

“He who cooks on Friday
will eat on Saturday”
Listen below: Ladino sayings translated by Bryan Kirschen

Kirschen’s stature in the Ladino community has risen to the point where, in 2013 and 2014, the world’s leading governmental body for Ladino — the Israeli National Authority for Ladino and its Culture — invited him to record remarks in Ladino for a celebration of the annual International Day of Ladino, first observed in 2013.  He provided similar remarks for a celebration at the largest synagogue in Istanbul, long a leading center of Ladino culture.

“Everybody in the Ladino field knows Bryan,” said Bortnick, whose Yahoo group has more than 1,450 followers from 40 countries. “Sephardic people see him as a representative of the future of the language.”

At stake, Kirschen maintains, is an important key to the history and memory of a people who suffered genocides, persecution and pressures to assimilate.

“When a language vanishes, a culture loses a part of itself,” he said.

Scholars stop being able to read documents that offer insight into former ways of life and historical events; clues to the evolution of languages also get lost, he pointed out. Community members, meanwhile, lose a lifeline to important memories.

In Kirschen’s Skirball class, an 84-year-old immigrant from Turkey dabbed his eyes when the teacher played recordings of old Ladino songs.

“I hear songs that my mother used to sing to me when I was a baby,” said Eliahu Adut.

When spoken, Ladino sounds a lot like Spanish. Differences become more apparent in writing. In Spanish, for instance, the letter “k” is rarely used, but in Ladino, it’s ubiquitous, substituting for “qu” — as in “Adio Kerida,” a song whose title translates as “Adios Querida” in Spanish or “Goodbye Love.” Another letter “k” replaces is “c,” as in the Hanukkah chestnut “Ocho Kandelikas” (“Eight Candles”). 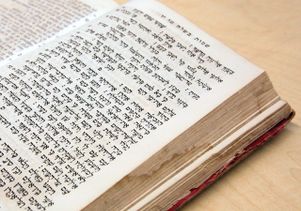 Much of Ladino’s vocabulary comes from Hebrew or languages spoken in the countries where Sephardic Jews sought refuge:  Greek, Arabic and Turkish.

Kirschen is Jewish, but he is not Sephardic.  His family is Ashkenazi, which is the Eastern European strain of Judaism. His interest in languages piqued when he attended after-school Hebrew school while growing up in Queens. In high school, he studied Spanish and ancient Greek; in college, he added Spanish, Arabic, Italian, Hebrew and Portuguese. However, when Kirschen learned in graduate school of the existence of Ladino, which basically melds all those languages, he was off and running.

In the U.S., Ladino speakers are concentrated in New York, Southern California and Seattle. Kirschen, who is writing his dissertation on the subject, estimates there are no more than 100 Ladino speakers in Southern California and possibly twice that number in greater New York and Seattle. But the latest U.S. Census is more conservative:  It puts the population at  125 speakers nationwide. UNESCO, meanwhile, classifies Ladino as a severely endangered language.

Kirschen’s colleagues insist that if anybody can revive it, he can. Halfway through their 300-page Ladino textbook, students in his weekly UCLA class might agree as they read aloud a story in Ladino, translated it into English and then conversed with each other in the language.

“If it weren’t for Bryan,” said Cheri Robinson, a UCLA Ph.D. candidate in Spanish taking his class, “I don’t think we’d be here.”