As another Black History Month draws to a close, it is important to remember that when it comes to critical race theory — research and practices that demand a constant reckoning with systems of inequality and power in America — the beat decidedly goes on. And one of the most creative drummers of that beat happens to be UCLA’s own Marcus Hunter, professor of sociology and chair of the African American studies department.

Hunter’s most recent book, “Chocolate Cities: The Black Map of American Life,” co-written with Zandria F. Robinson, a professor of sociology and anthropology at Rhodes College, is a deep and complex examination of often misperceived factors and facets of black life in the United States. From Central District Seattle to Harlem to Holly Springs, black people have built a dynamic network of cities and towns where black culture is maintained, created and defended. Chocolate Cities offers a new “black map” that more accurately reflects the lived experiences and the future of black life in America. 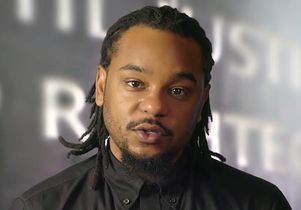 The book, which was a finalist for an Association of American Publishers PROSE Award, weaves together historical and sociological analysis punctuated by insight from the words and stories of revered black voices and artists, such as Zora Neale Hurston, James Baldwin and Audre Lorde to Aretha Franklin and Afeni Shakur. The title of the book is borrowed from a 1975 Parliament Funkadelic album, with the blessing of George Clinton, who provided the following blurb for the book jacket.

“Chocolate Cities is a testament to the magic that is possible when you combine the funky wisdom of the Mothership with the best scholarship from the ivory tower.”

Hunter shared some thoughts on the impetus behind and potential for lasting impact of “Chocolate Cities.”

What do you think would most surprise or confront or provoke people when reading the book for the first time?

Our defiance of common wisdom that the South is just contained within a set of states. The book demonstrates that everywhere below Canada is the South. Rather than the Northeast, Northwest, Midwest and such, we show that these regions are better understood as Out South, West South, Mid South and Up South. Our defining principle is “Wherever two or more black people are gathered, there is a Chocolate City.” 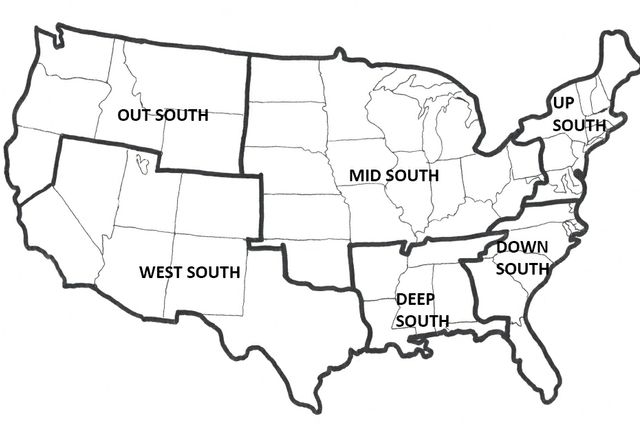 Chocolate Cities
Authors Hunter and Robinson assert that all of the United States has Southern influences.

How important is the reimagining of geography and its role in history and culture?

We must be reminded that the taken-for-granted maps we use daily are historical and racial artifacts of regimes of violence, manifest destiny and dispossession. Further, too often these maps do not reflect the geographic perspectives of poor and minority communities and citizens.

It seems like this way of thinking could (and should) extend into many different kinds of sociological practices when it comes to marginalized groups. Perhaps we should be re-considering literal borders and metaphorical geography more often, and not just as academics, but as human beings?

Yes, indeed, there are many more maps than the one we use. Just think of the maps emergent from the experiences of the First Nation, Mexican Americans, Japanese Americans, women, LGBTQ people.

What most surprised you as you were researching and writing the book?

That despite regional differences and distance, the continuity of the black experience across the United States is undeniably similar, sharing links and conditions.

The seeds of this book were planted for both you and your co-author Robinson in your first books — “Black Citymakers: How the Philadelphia Negro Changed Urban America” and “This Ain’t Chicago: Race, Class, and Regional Identity in the Post-Soul South,” respectively. How did you initially decide to come together for “Chocolate Cities” and how quickly did things take shape?

It took us five years to manifest this book.  After listening to a series of interviews, music and watching films we were struck by the constancy and connectivity that is the black experience.

This is a serious book, but themes of joy and vibrant life and art-making are woven through it, and you call upon the work of musicians and authors from the black community to illustrate black people as agents of place making. Knowing that that place making has always happened, and continues to happen with the confines of a social structure, the wheels of which grind toward exclusion, elimination and incarceration of black humans, how important is it to ensure that “black joy” is a part of the telling?

It is truly significant, as without a robust accounting for black joy, we are without a comprehensive picture of black life here, there or anywhere. Chocolate Cities is a metaphor and practice of black people making lemonade out of the lemons of the state.

We hope that this book provokes the creation of a multitude of maps tethered to the experiences of historically underrepresented groups, and that we begin to operationalize these maps as new tools for measuring and tracking migration, immigration, urban and rural change, race and racism, homophobia and history.