UCLA’s Center on Everyday Lives of Families (CELF) continues its fascinating study of contemporary suburban America with a book titled Life at Home in the 21st Century. Thirty-two Los Angeles families opened their doors to CELF’s researchers. What they found: a staggering number of possessions and an array of spaces and furnishings that serve as the stage for multiple family activities — and tell us a lot about who we are as a society.

Get stuff. Buy stuff. Keep it. Get more of it. Keep that, too. Display it all, and proudly.

Walk into any dual-income, middle-class home in the U.S. and you will come face to face with an awesome array of stuff — toys, trinkets, family photos, furniture, games, DVDs, TVs, digital devices of all kinds, souvenirs, flags, food and more. We put our stuff anywhere in the house, everywhere there’s room, or even if there’s no room. Park the car on the street so we can store our stuff in the garage. Pile the dirty laundry in the shower because there’s nowhere else to store it and no time to wash it.

George Carlin famously observed that “a house is just a pile of stuff with a cover on it.”

We are a clutter culture. But all that stuff also serves a serious purpose as source material for scientists and scholars. Today’s action figure is tomorrow’s historical artifact.

Yet while researchers record our purchases, take surveys, conduct interviews, even sift through our trash, a systematic documentation of the material worlds of contemporary American families has proven elusive, says linguistic anthropologist Elinor Ochs, director of UCLA’s Center on Everyday Lives of Families, a nine-year interdisciplinary research project and one of six Sloan Centers on Working Families. That’s because this area of research has heretofore stopped at our front doors.

Now, however, a new book titled Life at Home in the 21st Century: 32 Families Open Their Doors takes the exploration of contemporary material culture inside American homes for the first time. Based on a groundbreaking, four-year ethnoarchaeological CELF study conducted in 2001–05, Life at Home is an intimate look at the material worlds of more than 30 busy families in the greater Los Angeles region.

The Life at Home families — dual-income, middle-class households with school-age children — agreed to open their homes and their lives to a week of filming and detailed photography of their houses and possessions. They live in all kinds of neighborhoods, earn varying levels of household incomes, are ethnically diverse and own their homes. And they represent a wide range of occupations: teachers, firefighters, nurses, small-business owners, lawyers, airline pilots and contractors, among others.

Life at Home is co-authored by Ochs; Jeanne Arnold, UCLA professor of anthropology; Anthony P. Graesch ’97, M.A. ’00, Ph.D. ’06, at the time an anthropology graduate student and a postdoctoral scholar in archaeology at UCLA and now an assistant anthropology professor at Connecticut College; and Italian photographer Enzo Ragazzini.

The project generated almost 20,000 photographs, 47 hours of family-narrated video home tours and 1,540 hours of videotaped family interactions and interviews. But Life at Home is not just a scholarly catalog; it also delves deep into the psychological and social meanings of our possession obsession. 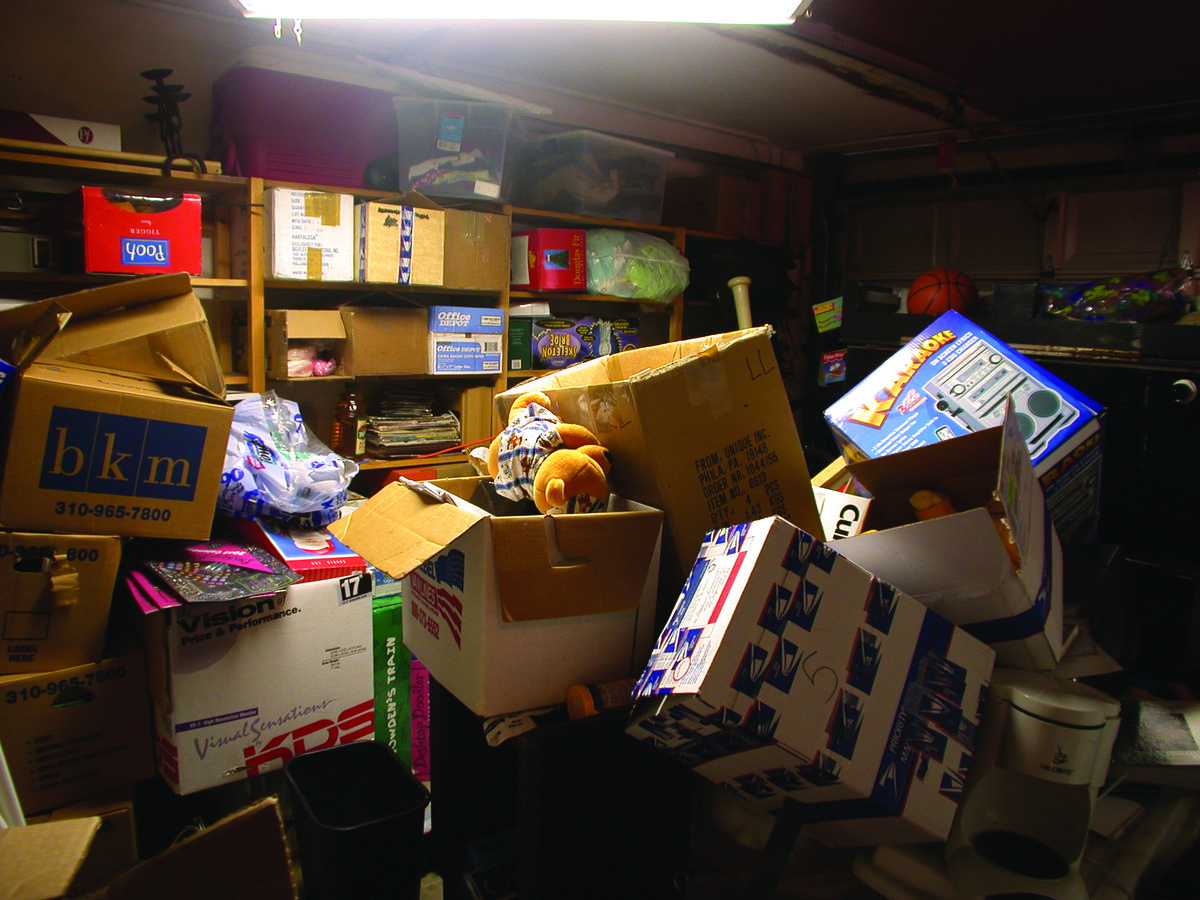 Enzo Ragazzini
The researchers found that “cars have been banished from 75 percent of garages to make way for rejected furniture and cascading bins and boxes of mostly forgotten household goods.”

Too Much Is Never Enough

“The American workplace is intense and demanding; when we come home, we want material rewards, like people all around the globe,” Ochs says. “What distinguishes us is the normative expectation of hyperconsumerism. American middle-class houses, especially in Los Angeles, are capacious; refrigerators are larger than elsewhere on the planet. Even so, we find food, toys and other purchases exceeding the confines of the home and overflowing into garages, piled up to the rafters with stockpiled extra ‘stuff.’” Ironically, the study found that our need to reward ourselves materially may actually increase our stress — at least for moms. In their video tours, mothers use words like “mess,” “not fun” and “very chaotic” to describe their homes. The CELF team’s psychologist colleagues, Darby Saxbe M.A. ’04, Ph.D. ’09, postdoctoral fellow at the University of Southern California, and UCLA Psychology Professor Rena Repetti, looked at study participants’ levels of diurnal cortisol, a measure of stress, through saliva provided by the families. And they found that there did seem to be a link between how families, especially mothers, talk about their home spaces and their diurnal cortisol levels.

“It’s difficult to find time to sort, organize and manage these possessions,” Graesch says. “Thus, our excess becomes a visible sign of unaccomplished work that constantly challenges our deeply ingrained notions of tidy homes and elicits substantial stress.” Ochs has encountered some of this in her own life. The most crowded room in her house until April was her study, which used to contain a floor-to-ceiling bookcase, desk computer, printer, small television, couch, rocking chair, coffee table, piano, guitar cases, amplifiers, yoga benches and mats. Then she and her husband bought a large, flat-screen TV and suddenly there was no longer any room for her desk and work tools. As of this writing, Ochs admits to being “a nomad wandering around the rest of the house, trying to find a new niche to call my study.”

So the stress of the material world can get to anybody. Well, almost anybody.

“Fathers in their home tours would walk in the same rooms their wives had come through and often made no mention whatsoever of the messiness and were unaffected psychologically,” Arnold says. “This was pretty astonishing.” For these dads and for many of the older children, Arnold observes, artifacts are a source of pleasure or pride, and so for these family members, possession leads to contentment. Besides, she adds, “Who has time to clean up?”

Everything I Need to Know Is Stuck on My Refrigerator

Chez nous, the kitchen is the command center. The study notes that “the kitchen is perhaps the most important space in daily family life: a site of frequent congregation, information exchange, collaboration, negotiation and child socialization. It is a crucial hub of logistical organization and everyday operations for dual-income households.” And in the domestic command center, the refrigerator is mission control.

“I don’t know what American couple has a refrigerator that doesn’t get things stuck to it,” says one mom in her video home tour. “You can see there are quite a lot of things stuck to ours. Pictures, reminders, addresses, phone lists that have not been good for years and years.” The typical Life at Home refrigerator front panel holds 52 objects (and sometimes stuff is stuck on the side panel, as well). Some household fridges were fairly clear of clutter, but almost all had what the study calls “high object densities.” The most crowded refrigerator was covered with 166 different objects.

This stuck-on stuff, in fact, often covers as much as 90 percent of the fridge. It’s a multi-purpose, place-based, 270-degree representation of the family’s history and activities, highlighting the personal (photos, child’s art projects or school work, awards); the practical (calendars, schedules, coupons, invitations, rosters, phone numbers); or the pretty (the most common objects displayed were decorative magnets).

“It’s such an effective organizing device,” says Arnold, whose own refrigerator hosts abstract art magnets and travel magnets from such evocative destinations as Australia and Sequoia National Park. Also a couple of phone numbers, but no photos or schedules. As they moved deeper into their study, the researchers noticed a correlation between the number of objects families put on their refrigerators and the rest of the stuff in their homes. They write that “a family’s tolerance for a crowded, artifact-laden refrigerator surface often corresponds to the densities of possessions in the main rooms of the house … the refrigerator panel may function as a measuring stick for how intensively families are participating in consumer purchasing and how many household goods they retain over their lifetimes.” 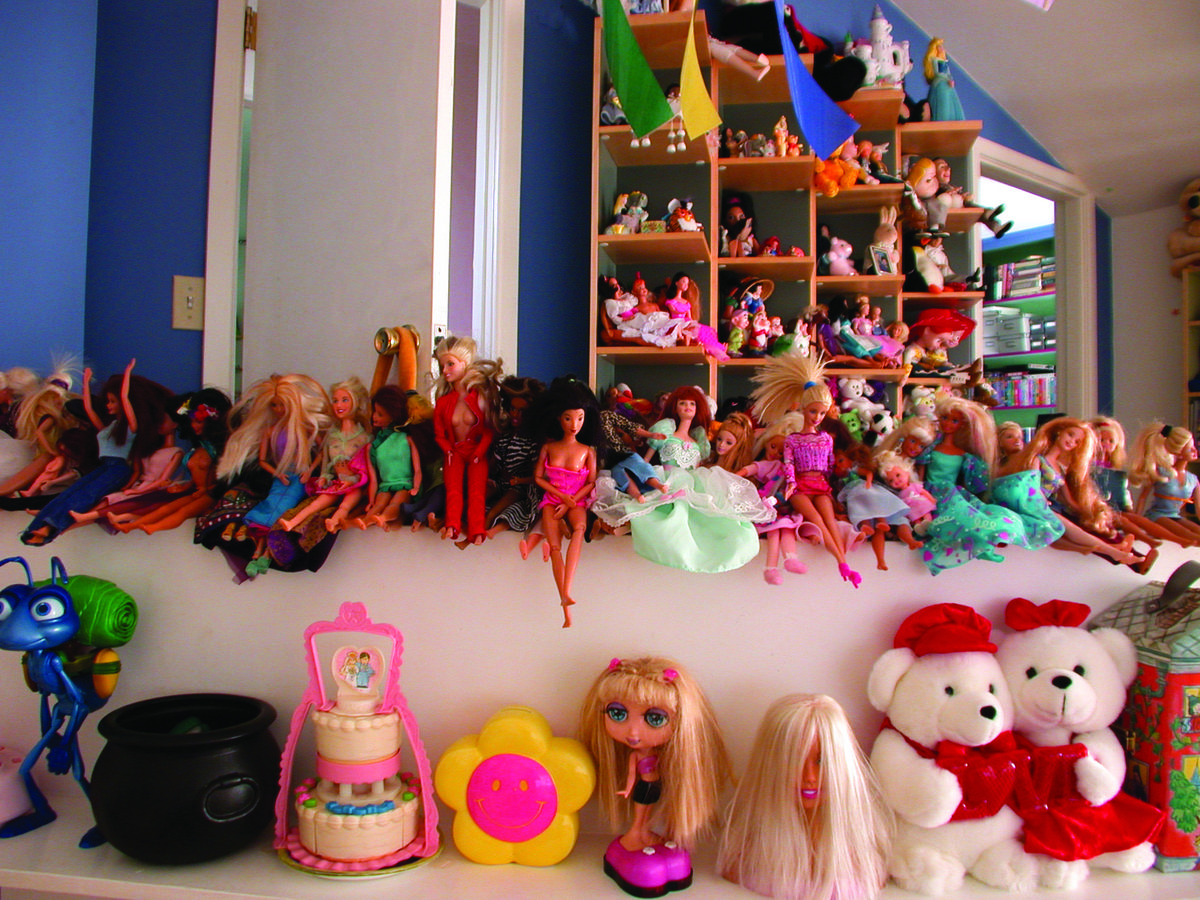 Enzo Ragazzini
Life at Home notes that “our data suggest that each new child in a household leads to a 30-percent increase in a family’s inventory of possessions during the preschool years alone.”

It’s Our Kids’ World; We Just Live in It

A focus on children exists in every culture, of course, but Americans have, inevitably, taken the impulse to a whole other level. Indeed, the study found kids’ stuff everywhere, crowding out their parents’ possessions to such an extent that even home offices and studies (more than half of the 32 households had rooms dedicated to work or schoolwork) were crammed with toys and other child-related objects. “Every good girl should have a whole ton of Barbies,” one Life at Home mom helpfully explains.

Graesch surmises that “dual-income parents get to spend so very little time with their children on the average weekday, usually four or fewer waking hours. This becomes a source of guilt for many parents, and buying their children toys, clothes and other possessions is a way to achieve temporary happiness during this limited time span.”

Our progeny’s role in the constant creation of clutter is not necessarily a sign that the toddlers have taken over the kindergarten, though. Sometimes, in fact, the relationship between our children and our possessions can even be touching. Arnold recalls one study father who positioned three rocks near his front door that in some way reminded him of his three daughters, so he was happy every time he came home.

Ochs adds, “At first we thought that children’s objects flooded the house, but then we came to realize that parents as well liked these objects and displayed child-themed possessions (such as Disney figures) in public areas (like living-room shelves) and their own bedrooms.” 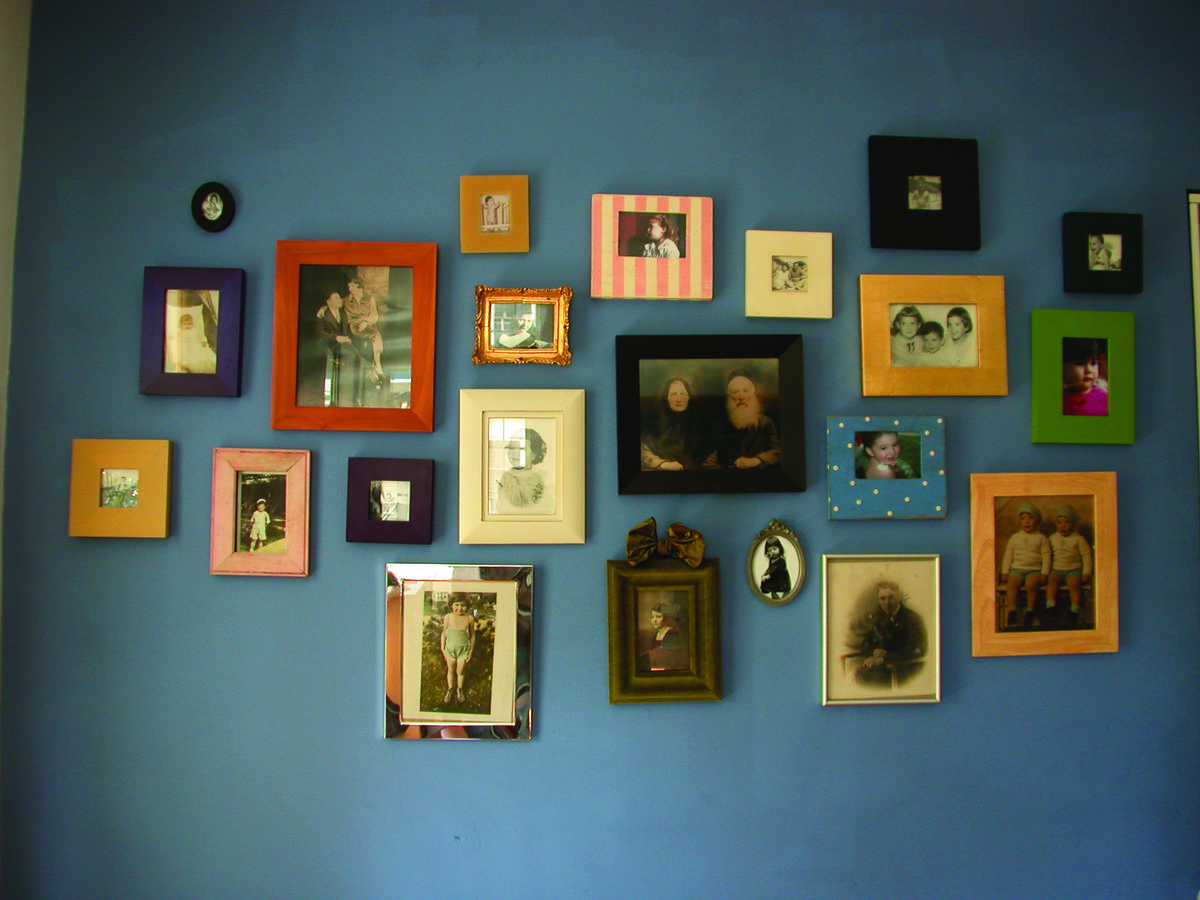 Enzo Ragazzini
“If the house is an instrument of display for family history and memory,” the study observes, “the single most emphatic way this is materialized in the U.S. is through family photographs.”

A lot has happened since the Life at Home study concluded in 2005. If invited into the same kinds of homes today, what do the researchers think they’d find?

“If we were to study the same types of families in 2012, I don’t think the results would be significantly different,” says Graesch, whose home refrigerator boasts 66 magnets on three vertical surfaces, most of them letters and numbers that his toddlers play with. “We are still a child-centered society, we still have trouble managing our massive inventories of objects, and we still struggle to find a balance between work, school and family.”

Well, perhaps not completely. Ochs agrees that if the CELF researchers returned to knock on the same families’ doors today, “most of the homes would look the same,” but “having said that, one family talked with us about our study and redesigned their home dramatically to allow for more open, less cluttered family living.”

No word on what they did or didn’t do to their refrigerator.