Duane Benjamin fell in love with the trombone more than four decades ago. Since then, he’s performed and worked with heavy hitters across every musical genre, from the Count Basie Orchestra to Justin Timberlake, and orchestrated or arranged music for American Idol, The Voice and K-pop sensation BTS (even bringing in the UCLA Marching Band to play on the boy band’s 2020 single “On”). As a lecturer in the global jazz studies department at the UCLA Herb Alpert School of Music, Benjamin wants to keep paying it forward — bringing up a new generation of musicians as his mentors did for him.

Charles Owens, a famous jazz saxophone player [and a former global jazz studies instructor at UCLA], gave me that name. I was playing in a group for which I had written a jazz sextet book. Charles heard the stuff I wrote and said, “Man, you’ve been jammin’.” The name just stuck.

How did you get involved in music in the first place?

I went to school in Inglewood but was also involved with Locke High School in L.A. and Reggie Andrews, a teacher who recently passed. A lot of young minority musicians got their start from Mr. Andrews. He was a brilliant, great man, who would have professionals come and lecture to us so we knew what to look for. [It was] similar to my concept with the commercial music studio ensemble at UCLA: to be a direct feed for young people to the business.

What attracted you to the trombone, specifically?

My dad used to play trumpet in the school marching band. He took me to a symphony orchestra when I was no more than 8 years old, and I thought it was such a neat instrument. There’s something about the trombone that just stuck with me — the way it looked, the way it sounded.

And from there you got into orchestration and arranging.

When I listened to music as a kid, I would hear all the parts — the violins, strings, guitars, drums. That’s what led me into orchestration. As a jazz trombone player, you play a little bit of everything. Most of the great arrangers were jazz trombone players — Sammy Nestico, Nelson Riddle. 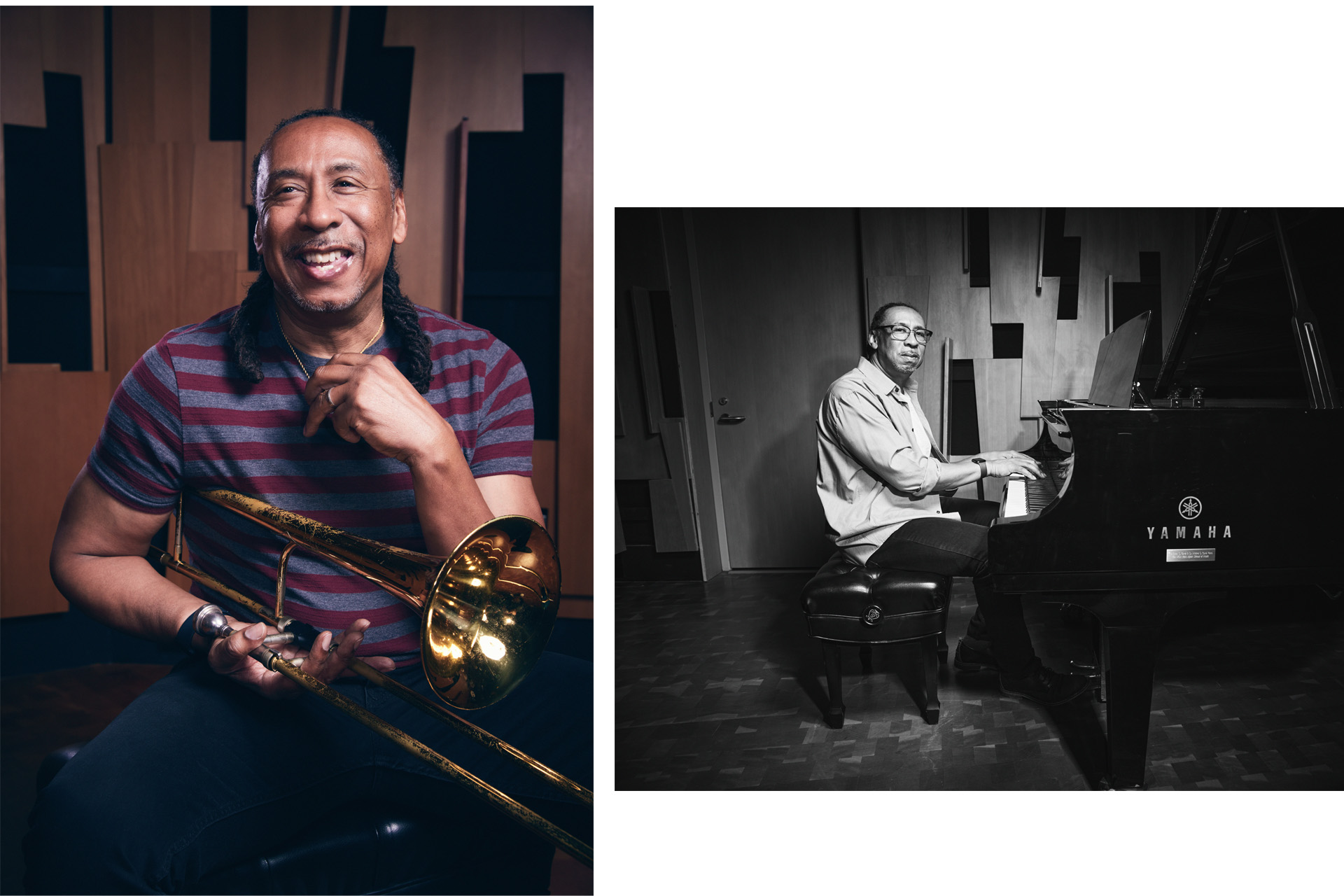 So how did you actually launch a career in music?

I never wanted to do anything else. I started my own funk band when I was 15. We wound up winning the Battle of the Bands that year at the Hollywood Bowl. I tell people, I didn’t choose music — it chose me.

What advice would you give to a budding musician today?

If you have to work a job so you can continue to be a musician, do that. I’ve been an accountant, a purchase ordering clerk, a parking lot attendant. But on my lunch break, I was practicing on my horn. If you have that kind of drive, you’ll be successful. But you have to be willing to take the pitfalls and things that come your way. Because it’s not going to be easy.

Tell me about your breakthrough moment, when you knew you wouldn’t have to do those other jobs.

I’d say within the last 20 years, I felt like I’ll be all right. But you never know! You’re always waiting for that other shoe to drop. When I was younger, every job went for a bill or a meal or something. Now, most of the time, I’m the musical director or I write the music or orchestrate or arrange it, as opposed to just being a player on the job. So that’s been helpful. I can play whenever I want to play, instead of when I have to play. 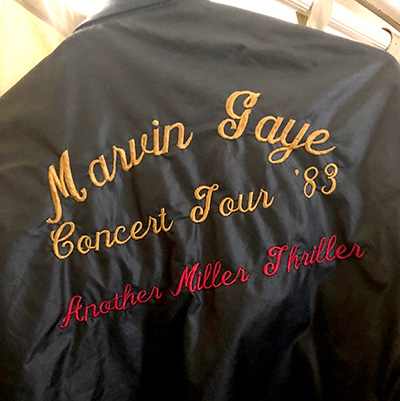 Jazz seems like a very specific genre. How did you cross over to others?

I was in Diana Ross’ band for like six years, worked with Marvin Gaye for two. I’ve worked with pretty much every Motown artist you’ve ever heard of. Before BTS, I worked with Justin Timberlake. It’s funny, because when I was 25 or 26, you couldn’t play anything for me but Coltrane or Miles or any of those people. I was strictly jazz, and I have to honestly say that I didn’t have the same respect for pop music as I did jazz. Then, when I was in the band with fantastic musicians like Sheila E., Byron Miller [and] Wah Wah Watson, I found out that commercial music was a whole different skill. You have jazz elements in it, but there’s a whole different way to play it and everything. I wound up getting a different respect for the music.

Tell me your all-time favorite musician you’ve gotten to work with.

Of all the people I’ve played for, the one that made the biggest impression on me was Marvin Gaye. We were at a rehearsal, and he came in and started assigning parts to his vocalists like, “I need you to sing the ninth, and I need you to sing the seventh,” and it just blew me away. He was such a rare talent and a great singer, stylist [and] composer, and he opened my eyes. I still get a little misty-eyed talking about him, because he was such an icon in the business. 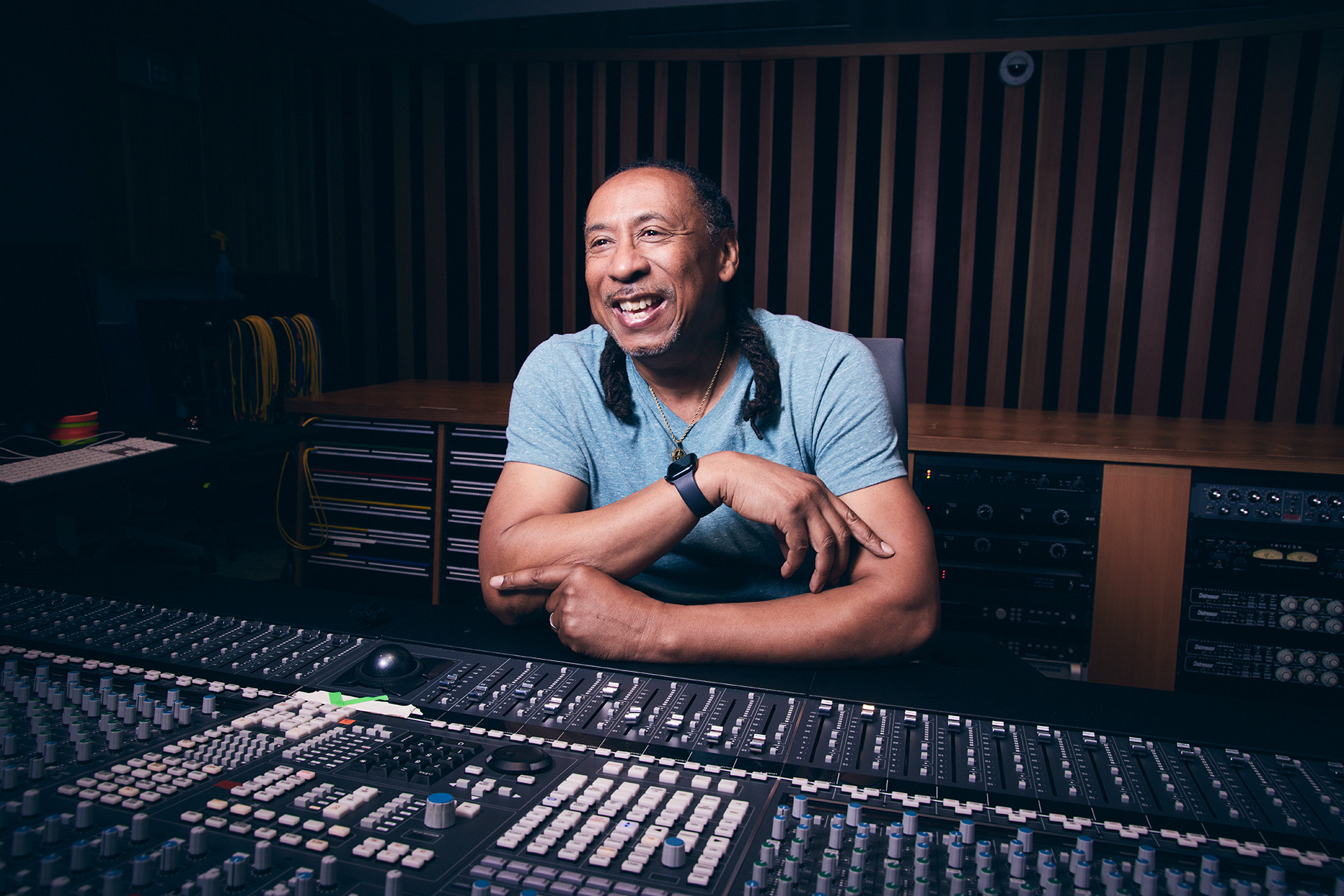 It’s certainly a leap from Marvin Gaye to BTS.

I’ve been working with BTS for about four or five years, but at first I didn’t know who they were. I was doing a lot of production work, writing for strings and horns for different projects, in my sound engineer’s studio. He told me there was a Korean boy band that needed some horns done for them, and I said, “Sure, no problem.” Their management company had seen Beyoncé perform at Coachella with a marching band, and they called my engineer and said they would like to do something with a marching band. So we brought the UCLA Marching Band in.

I went to Long Beach State. Back then, schools kind of looked down on commercial music, which I thought was funny, because that industry generates billions of dollars, not classical music. When I was a sophomore in college, I got a job playing with the Jackson 5 and thought, This is great. The school attitude was like, “If you’re going to do that kind of stuff, you should just get out of school.” In the early ’70s, Dick Grove started the first commercial music school, which wasn’t accredited by any universities or educational boards. But he had real players in the music business teaching people, and what you would learn was invaluable. I always felt that was something that should be in every music school.

So you brought that thinking into the commercial music studio ensemble.

When I came to UCLA, I wanted to be able to open a door, or at least give these students enough information that if the door opened for them, they would know how to handle it. There are different things you have to also know about being in this business that aren’t taught in school, such as how you deal with other people, showing respect by being on time and being professional. So I try to make the class as close to a professional situation as possible. I say we’re going to tackle everything from Sinatra to Prince, we’re gonna play TV themes, old soul, R&B, rock and roll, jazz, classical. And we also talk about how to handle scenarios you might come across. At the end of the quarter, we record everything, so they get the experience of being in the studio. It’s a different way to play than you do when you’re playing live. To bring this kind of experience to a music student is very important to me. I’ve even used former students for some jobs. So it’s not just learning — this is a pipeline to some professional work. If you do things right, they call you back for more work.

What’s the best thing about teaching?

We try to bring out what’s special about a particular student. I’ll have my trombone students ad lib, then I’ll ask, “What were you thinking when you were soloing over this tune?” And I get a scientific response, and I’ll say, “OK, that’s great. But what did the music make you feel like?” And they are truly dumbfounded. They always play better thinking from an emotionally spiritual concept. To see them come in at 17, 18 and leave at 21, 22, having grasped that — it’s the most fulfilling thing in the world.

His Favorite Things: Duane “Ben-jamin’” makes his selections from a lifetime of extraordinary performances, from Earth, Wind & Fire to Annie Lennox to Marvin Gaye.