AS A SCHOLAR of Jewish history, David Myers has more than a passing interest in the mechanisms of hate.

For years, the distinguished professor of history and founding director of the UCLA Luskin Center for History and Policy has studied antisemitism and the persistence of anti-Jewish sentiment. But he’s also looked beyond those boundaries.

“I’ve been repeatedly struck by the seemingly endless transmission of hate toward Jews, including in places where there are no Jews,” Myers says. “What gives rise to that hate? How does it take root not just in an individual, but in a group of individuals brought together by a shared sense of history or common destiny? How important is hate as a cohesive agent for that group?”

Such questions take on greater urgency at a time when long-simmering manifestations of hate seem to be increasingly pervasive. The U.S. Department of Justice has seen steady rises in hate crimes nationwide from year to year. News reports on any given day carry stories about white nationalist rallies, physical attacks against Asian Americans, violence against LGBTQ people, and vandalizing of Latino- or Black-owned businesses. Bombings, shootings and other acts of hate are taking place around the world.

It all leads to the question no one seems able to tidily answer: What can we do about it?

The seeds for UCLA’s new Initiative to Study Hate were planted about three years ago, when Myers and Chancellor Gene Block began engaging in a series of conversations in the wake of protests and student activism around outbreaks of violence in Israel and Palestine.

The initiative is a prime example “of how UCLA scholars are reaching across disciplines to better understand crucial human experiences and address vexing societal problems,” says Chancellor Block.

“This was a source of considerable tension on campus. At various points, the chancellor called to ask, ‘What’s your sense of the temperature on campus? Do you sense that antisemitism is part of this?’” Myers says. “These happen to be very tricky questions that rest in part on how you define antisemitism. After several rounds of conversations, the chancellor asked what I thought there was to be done. I responded that what we do at UCLA is study things, so perhaps we could set up a program to study antisemitism.”

That initial plan was soon modified. “We thought, ‘What about Islamophobia? What about anti-Black racism, which is so deeply entrenched in American society? What about anti-LGBTQ+ expression or anti-Asian hate? How could we undertake an initiative to bring together the resources of the university to study hate and exclude these cases?’” Myers recalls. “That’s really the moment at which we took a significant imaginative leap. We asked ourselves: What if we started an initiative to study hate writ large? First, we thought about hate as it takes rise in groups — and then, when we recalled new advances in brain sciences, we thought about the prospect of studying hate as it takes rise in individuals.”

The Initiative to Study Hate was born.

Chancellor Block sees it as part of UCLA’s larger mission. “Both the Initiative to Study Hate and the Bedari Kindness Institute are prime examples of how UCLA scholars are reaching across disciplines to better understand crucial human experiences and address vexing societal problems,” he says.

Learn more about the Bedari Kindness Institute’s research insights in “Is Kindness Contagious?”

Led by Myers, in close collaboration with staff colleague Maia Ferdman ’15, M.A. ’15, the Initiative to Study Hate brings together UCLA professors and students to find ways to understand and mitigate hate in society. The landmark three-year pilot program, funded with $3 million from an anonymous donor, encompasses researchers from across the campus, including historians, psychologists, political scientists, sociologists, computer scientists, medical and public health experts and legal scholars. All recipients are required to participate regularly in monthly research seminars.

“The intention is to break those silos that we usually see on any large campus — between departments, between fields, between approaches, between research questions and angles,” says Ferdman, program director of the UCLA Luskin Center for History and Policy. “We don’t actually know all of the possibilities that come from that kind of constant relationship-building and interaction, but we’re excited by the range of possibilities.”

At the outset, the initiative’s leaders consciously avoided limiting the scope of research. “We said, we’re interested in hate — without offering a single definition — and hate-adjacent categories, which are not equivalent to hate but can be connected, such as bias, prejudice and discrimination,” Myers says.

UCLA is not the first to undertake the study of hate, and a decision was made early on not to begin by establishing a center for study. “I think it would be presumptuous to start with the center or institute for the study of hate,” Myers says. “Let’s see if we can get people out of their silos and into this collaborative setting. Let’s see if we can marshal the great potential that lies at UCLA. Then, after the three-year period, we’ll see where we’re at.”

For its first year, the Initiative to Study Hate awarded 23 grants to teams selected by faculty members from across disciplines, as well as to some people outside the university who are engaged in the work of combating hate and were tapped to help shape the initiative and, later, to select grant recipients. Four large-scale projects received grants ranging from about $73,000 to $100,000, while 19 projects each received up to $15,000. In the first year, nearly $600,000 was awarded.

The research teams are tackling a range of diverse topics, including racist hate speech in high schools, partisan media and political extremism, how the mass shootings at an Atlanta spa in 2021 impacted the mental health of Asian Americans nationally, hate-related discrimination against the disabled, and the link between biases toward undocumented immigrants and deportation or legalization status.

Myers, who secured the $3 million gift, says he didn’t have to do much persuading about the logic of having such a big undertaking based at UCLA. “This is an institution with the scale and quality to undertake something like this,” he says. “We are here to serve the public by asking big questions and bringing to those questions the best research talent we possibly can. UCLA is the place for this kind of initiative, both because of the extraordinary talent we have on this campus and because of the deep sense of public mission.”

At the first research seminar in October, signs of collaboration and cross-fertilization were already evident, with participants offering their colleagues enthusiastic feedback and supportive suggestions. At least one team is already considering adjusting its methodology to use another’s research tools.

Howard Padwa M.A. ’03, Ph.D ’08 shared his group’s plans to study hate directed at the unhoused and the dehumanization of people experiencing homelessness. In his position as a project scientist with the UCLA Integrated Substance Abuse Programs in the Department of Psychiatry, Padwa has been involved in other research related to homelessness.

People are more likely to feel compassion for the unhoused when they are cleanly dressed or perhaps have a dog, Padwa says, than when they are unkempt and visibly desperate for help.

“The trajectory to homelessness is not a happy one for anyone — whether they are the family that’s living in the car and showering at the gym when no one’s there, or whether it’s the much more chronically homeless living under the bridge in Skid Row,” he says. “Yet our empathy tends to run out once their desperation reaches a point where it would warrant empathy.”

Beyond outright hate crimes and the anger directed toward the homeless, attitudes toward the unhoused can shape the way people vote and the policies that are adopted to address the issue. Padwa hopes his research project will result in understanding the motivating ideas behind bias and hatred toward this demographic and finding ways to counteract it.

“The goal is to ultimately figure out ways to generate empathy and mitigate negative and inaccurate stereotypes,” he says. “What is our priority when we address this problem — is it to help these people, or is it to get rid of these things that make us uncomfortable? We hope to push the envelope toward solutions that take away the veneer that dehumanizes them and that makes a lot of us think of people experiencing homelessness as threats and blights on our streets rather than fellow citizens who need help.”

For Georgia Kernell, an assistant professor of communication and political science, questions of how people interact and communicate hate online has long been of interest. 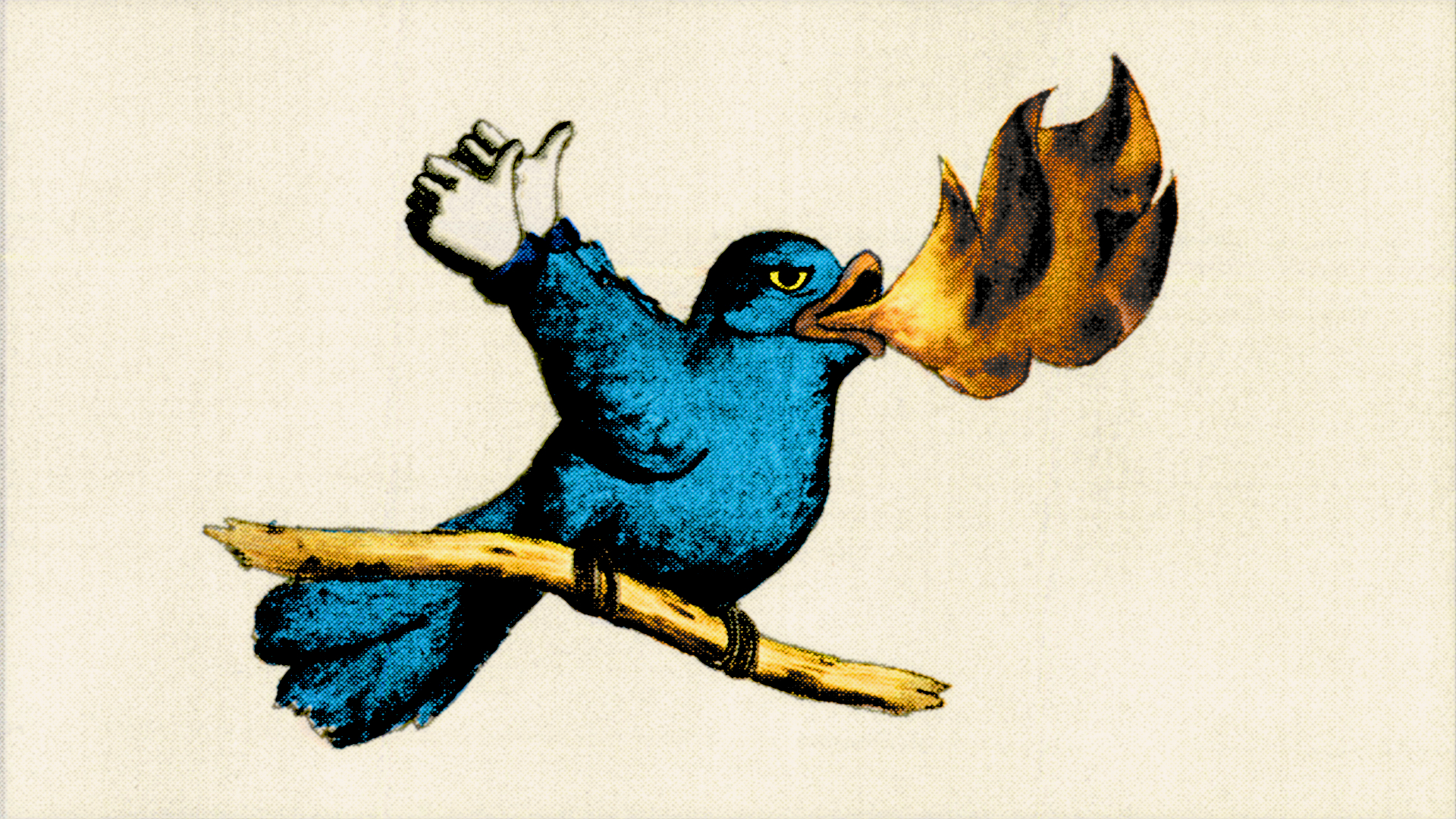 Kernell and graduate student Seonhye Noh are examining patterns in online comments on the Korean web portal and search engine NAVER to understand the causes and consequences of hate speech.

By studying nearly 252 million comments posted from January 2011 to October 2020 by about 5.8 million of NAVER’s 72 million users, they are tracking when discussions are most likely to become uncivil or sexist.

“Is it when the article itself is talking about people behaving that way? Is it when there have been hate crimes, or hate crimes covered in the news? Is it just a reaction to what someone else says? And when do people respond? When does that conversation start? What causes somebody to say something like that in the first place?” Kernell asks.

NAVER recently added a bot that flags inflammatory comments, which Kernell and Noh are studying to determine the effectiveness of such tools in curbing hate speech.

Myers and Ferdman say there will be an annual call for proposals, with current recipients eligible to reapply for further funding. They also hope to use some funds for programmatic development, including seminars, workshops and possibly public lectures.

“This is bold and ambitious beyond imagination,” Myers says. “But isn’t this what we’re here for? Isn’t this what a great public university should be doing?”